Murder On The Orient Express

PUBLISHED: 18th June 2004
ISBN: 9780563478348
ANNOTATION:
An international cast of suspects, all passengers on the crowded train, are speeding through the snowy European landscape when a bizarre and terrible murder brings them to an abrupt halt. 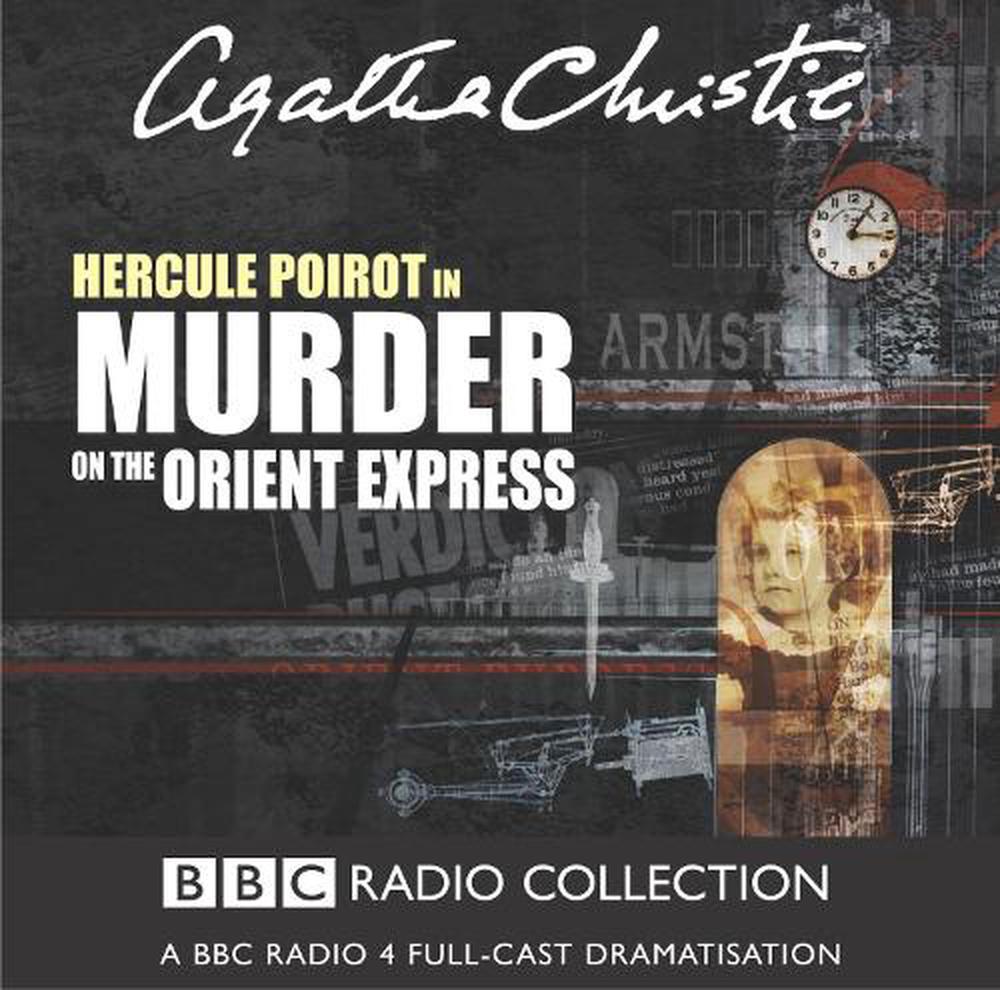 OTHER FORMATS:
PUBLISHED: 18th June 2004
ISBN: 9780563478348
ANNOTATION:
An international cast of suspects, all passengers on the crowded train, are speeding through the snowy European landscape when a bizarre and terrible murder brings them to an abrupt halt.

An international cast of suspects, all passengers on the crowded train, are speeding through the snowy European landscape when a bizarre and terrible murder brings them to an abrupt halt.

An international cast of suspects, all passengers on the crowded train, are speeding through the snowy European landscape when a bizarre and terrible murder brings them to an abrupt halt. One of their glittering number lies dead in his cabin, stabbed a mysterious twelve times. There is no lack of clues for Poirot - but which clue is real and which is a clever plant? Poirot realises that this time he is dealing with a murderer of enormous cunning and that in a case frought with fear and inconstencies only one thing is certain - the murderer is still aboard the train waiting to strike again...John Moffatt stars as the great Belgian detective in a BBC Radio 4 full-cast dramatisation.

Agatha Christie, the acknowledged 'Queen of Crime' (The Observer) was born in Torquay in 1890. During the First World War she worked as a hospital dispenser, and it was here that she gleaned the working knowledge of various poisons that was to prove so useful in her detective stories. Her first novel was The Mysterious Affair at Styles, which introduced Hercule Poirot to the world. This was published in 1920 (although in fact she had written it during the war) and was followed over the next six years by four more detective novels and a short story collection. However, it was not until the publication of The Murder of Roger Ackroyd that Agatha Christie's reputation was firmly established. This novel, with its complex plot and genuinely shocking conclusion, attracted considerable public attention and has since been acknowledged by many experts as a masterpiece. In 1930 the sharp-witted spinster sleuth Miss Marple made her first appearance in The Murder at the Vicarage. In all, Agatha Christie published over 80 novels and short story collections. The brilliance of Christie's plots, and her enduring appeal, have led to several dramatisations of her work on radio, television and film. In 1930 she was one of a number of crime writers asked to contribute a chapter to a mystery, Behind the Screen, that was broadcast on BBC radio on 21st June that year. More recently, June Whitfield portrayed Miss Marple on BBC Radio 4, whilst John Moffat starred as Hercule Poirot. On screen, Peter Ustinov, David Suchet, Margaret Rutherford, Joan Hickson, Geraldine McEwan and Julia McKenzie have all memorably played Agatha Christie's famous sleuths. As her play The Mousetrap (the longest-running play in the history of theatre) testifies, Agatha Christie's detective stories are likely to appeal for a long time to come. Agatha Christie was awarded a CBE in 1956 and was made a Dame of the British Empire in 1971. She died in 1976.