Woman in the Window 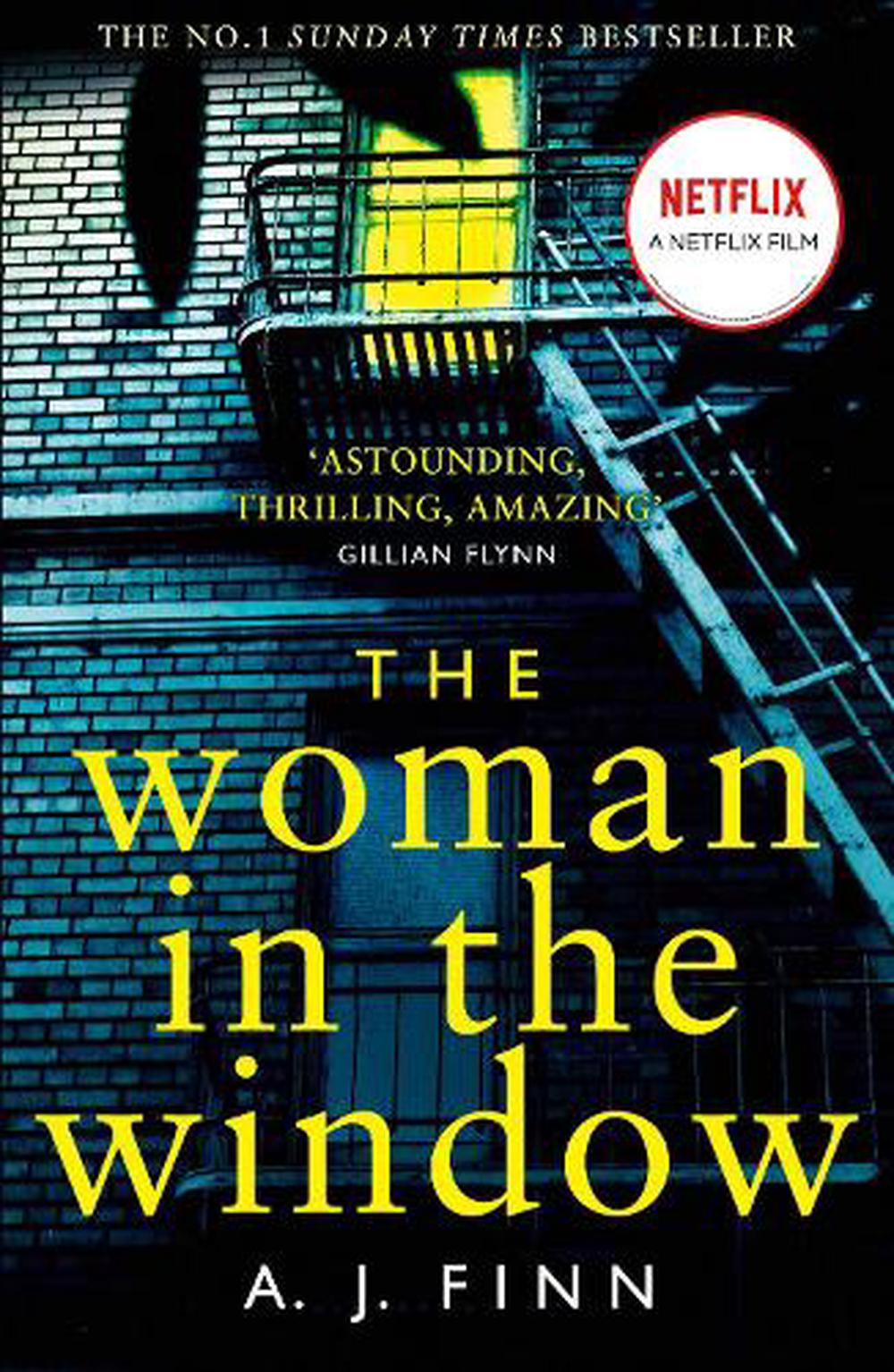 `One of those rare books that really is unputdownable' Stephen King

'Twisted to the power of max' Val McDermid

`A dark, twisty confection' Ruth Ware What did she see?

It's been ten months since Anna Fox last left her home. Ten months during which she has haunted the rooms of her old New York house, lost in her memories, too terrified to step outside.

Anna's lifeline to the real world is her window, where she sits, watching her neighbours. When the Russells move in, Anna is instantly drawn to them. A picture-perfect family, they are an echo of the life that was once hers.

But one evening, a scream rips across the silence, and Anna witnesses something horrifying. Now she must uncover the truth about what really happened. But if she does, will anyone believe her? And can she even trust herself?

A. J. Finn has written for numerous publications, including the Los Angeles Times, the Washington Post and the Times Literary Supplement. Finn's debut novel, The Woman in the Window, has been sold in forty territories worldwide and is in development as a major motion picture from Fox. A native of New York, Finn lived in England for ten years before returning to New York City.

'Astounding. Thrilling. Lovely and amazing. I could weave in more superlatives but you get the idea. Finn has created a noir for the new millennium, packed with mesmerizing characters, stunning twists, beautiful writing and a narrator with whom I'd love to split a bottle of pinot. Maybe two bottles--I've got a lot of questions for her' GILLIAN FLYNN 'Twisted to the power of max. Hitchcockian suspense with a 21st-century spin' VAL McDERMID 'A dark, twisty confection with an irresistible film noir premise. Hitchcock would have snapped up the rights in a heartbeat' RUTH WARE 'The Woman in the Window is one of those rare books that really is unputdownable. The writing is smooth and often remarkable. The way Finn plays off this totally original story against a background of film noir is both delightful and chilling' STEPHEN KING 'An incredible debut, I absolutely loved it. I read The Woman in the Window in a single day. Full of suspense and surprises and told with heart, The Woman in the Window will send readers racing through its pages. A stunning first outing from A. J. Finn. He is a tremendous new talent' JANE HARPER, bestselling author of The Dry 'Amazing. Riveting. Just plain fantastic!' TESS GERRITSEN 'A truly phenomenal debut. A taut, utterly compelling story. Smart, heart-wrenching--and really scary' NICCI FRENCH 'Amazing. What an elegant, beautifully written thriller. I loved Dr Fox from the word go, and the twists and turns were just exquisite. It's so rare to find a story so compelling, yet so gracefully told - the flair and class of Hitchcock on every page. It's quite a clich, but I was genuinely walking around the house/answering the door/eating my meals with the book in my hand' JOANNA CANNON, bestselling author of The Trouble with Goats and Sheep 'Dense, brilliant and unforgettable; tight in focus, widescreen in execution' JENNY COLGAN

The Number One Sunday Times bestselling debut crime thriller soon to be a major film!

The Number One Sunday Times bestselling debut crime thriller soon to be a major film! Soon to be a major motion picture from Fox, starring Amy Adams, Gary Oldman and Julianne Moore A #1 Sunday Times bestseller in paperback The #1 bestselling crime/thriller hardback debut of 2018 in the UK The fastest-selling debut hardback thriller since The Girl on the Train Over 2 million copies sold worldwide by HarperCollins Fits perfectly into the psychological thriller market, but is head and shoulders above the rest in terms of quality A taut and twisty Hitchcockian thriller in the vein of Rear Window Foreign language rights have now sold in 43 countries to date Competition: silent patient;found;lies;family upstairs;blood orange;the suspect;then she was gone;rumour. by Paula Hawkins Gillian Flynn Clare Mackintosh Shari Lapena Ruth Ware Ali Land JP Delaney Fiona Barton Sarah Pinborough Sarah Vaughan Lucy Foley Alex Michaelides B A Paris Karin Slaughter Lisa Jewell TM Logan