Flesh and Blood So Cheap 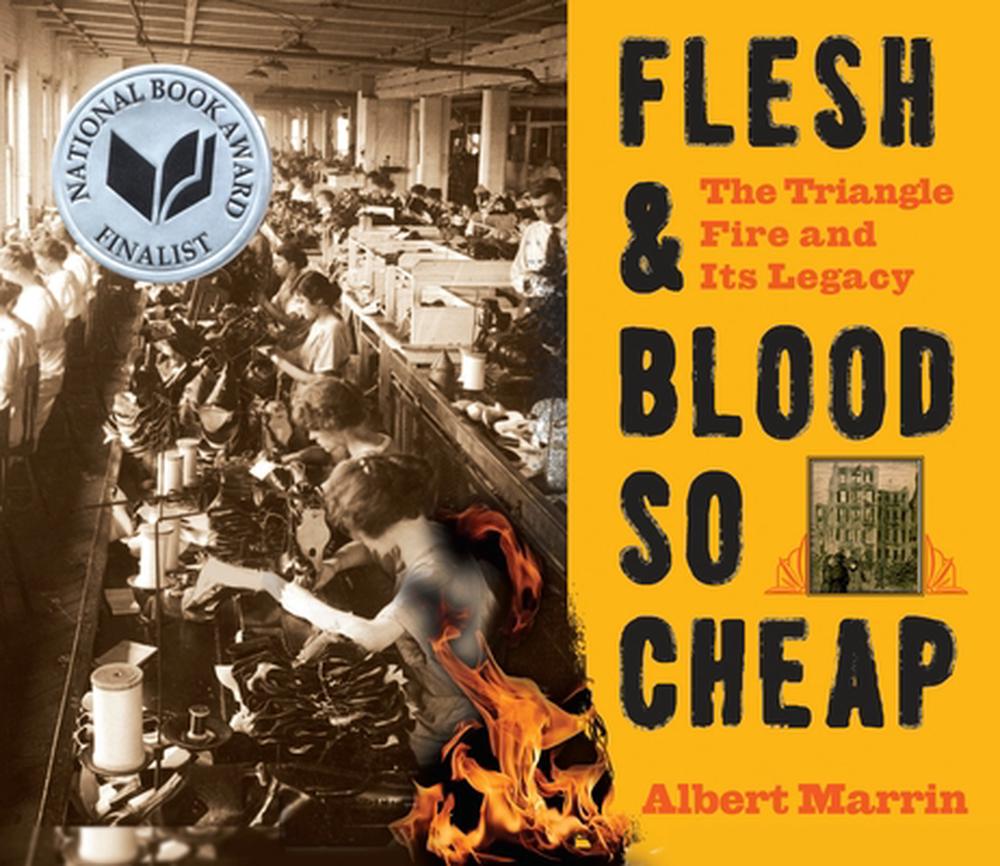 The Triangle Fire and Its Legacy.

On March 25, 1911, the Triangle Shirtwaist Factory in New York City burst into flames. The factory was crowded. The doors were locked to ensure workers stay inside. One hundred forty-six people-mostly women-perished; it was one of the most lethal workplace fires in American history until September 11, 2001.

But the story of the fire is not the story of one accidental moment in time. It is a story of immigration and hard work to make it in a new country, as Italians and Jews and others traveled to America to find a better life. It is the story of poor working conditions and greedy bosses, as garment workers discovered the endless sacrifices required to make ends meet. It is the story of unimaginable, but avoidable, disaster. And it the story of the unquenchable pride and activism of fearless immigrants and women who stood up to business, got America on their side, and finally changed working conditions for our entire nation, initiating radical new laws we take for granted today.

With Flesh and Blood So Cheap, Albert Marrin has crafted a gripping, nuanced, and poignant account of one of America's defining tragedies.

ALBERT MARRIN is the author of numerous highly regarded nonfiction books for young readers, including Years of Dust; The Great Adventure- Theodore Roosevelt and the Rise of Modern America; and Sitting Bull and His World. His many honors include the Washington Children's Book Guild and Washington Post Non-Fiction Award for an "outstanding lifetime contribution that has enriched the field of children's literature," the James Madison Book Award for lifetime achievement, and the National Endowment for Humanities Medal.

Starred Review, Publishers Weekly, January 17, 2011: "Published to coincide with the centennial anniversary of the 1911 fire that erupted in the Triangle Shirtwaist Factory, this powerful chronicle examines the circumstances surrounding the disaster...Marrin's message that protecting human dignity is our shared responsibility is vitally resonant."

Starred Review, Booklist, April 1, 2011: "Sure to spark discussion, this standout title concludes with source notes and suggested-reading lists that will lead students to further resources for research and debate." Starred Review, School Library Journal, May 2011: "The writing is compelling and detailed, and the author effectively manages to bridge the gap between detached expository writing and emotionally charged content...this is a useful and thoughtful addition to any American history collection."