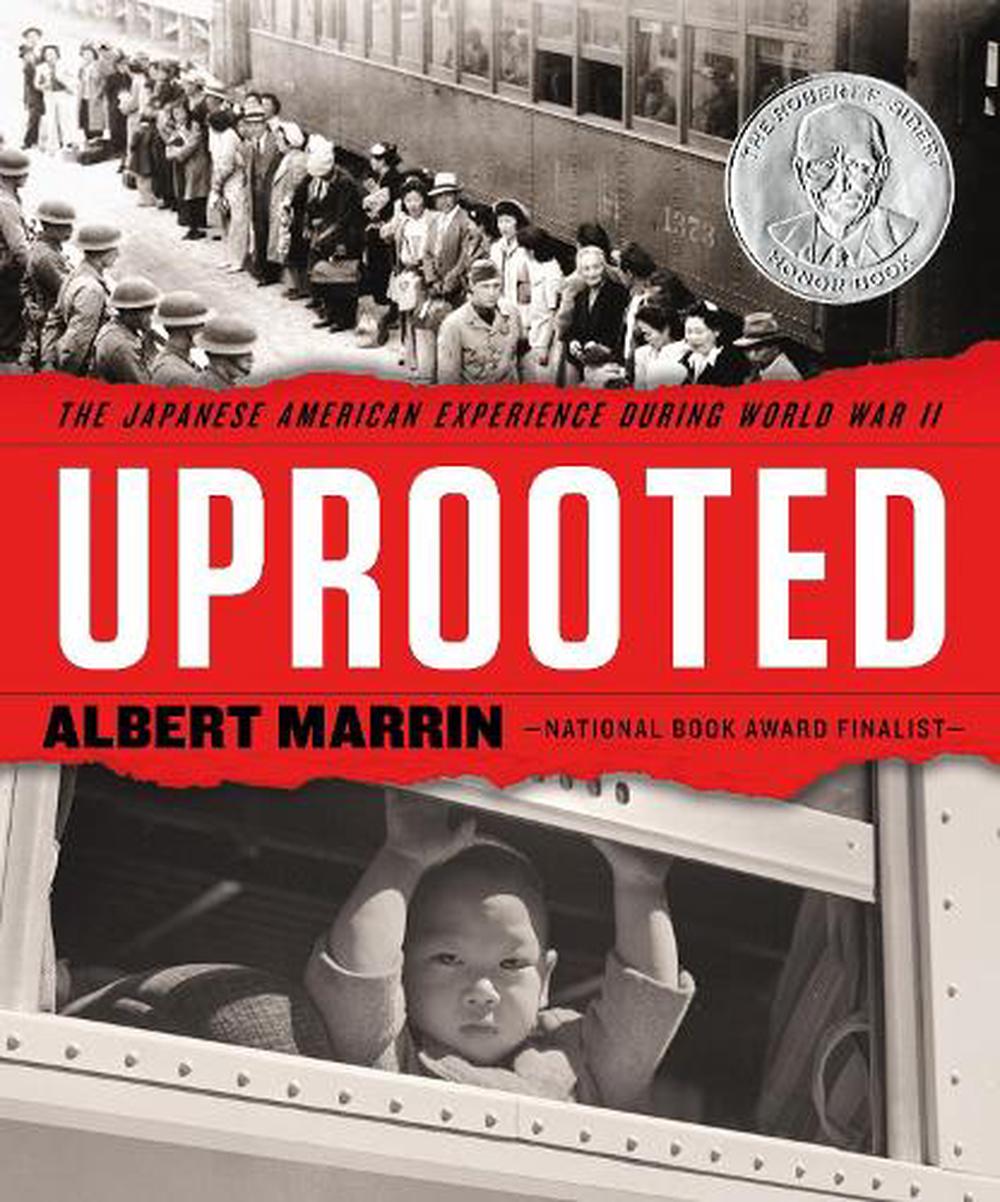 OTHER FORMATS:
ISBN: 9780553509366
ANNOTATION:
Discusses the internment of Japanese American citizens during the Second World War.

Discusses the internment of Japanese American citizens during the Second World War.

Just seventy-five years ago, the American government did something that most would consider unthinkable today- it rounded up over 100,000 of its own citizens based on nothing more than their ancestry and, suspicious of their loyalty, kept them in concentration camps for the better part of four years.

How could this have happened? Uprooted takes a close look at the history of racism in America and carefully follows the treacherous path that led one of our nation's most beloved presidents to make this decision. Meanwhile, it also illuminates the history of Japan and its own struggles with racism and xenophobia, which led to the bombing of Pearl Harbor, ultimately tying the two countries together.

Today, America is still filled with racial tension, and personal liberty in wartime is as relevant a topic as ever. Moving and impactful, National Book Award finalist Albert Marrin's sobering exploration of this monumental injustice shines as bright a light on current events as it does on the past.

"Historian Marrin (FDR and the American Crisis, 2015, etc.) writes with brutal honesty and conviction about a shameful period in American history. He constructs a detailed, well-researched narrative of horrific worldwide events leading up to the 'day of infamy'" --Kirkus Reviews starred review "With masterful command of his subject and a clear, conversational style, Marrin (FDR and the American Crisis) lays bare the suffering inflicted upon Japanese Americans by the U.S. during WWII."--Publishers Weekly starred review

"As with Marrin's Flesh and Blood So Cheap (2011) and FDR and the American Crisis (2015), this is a prodigiously researched, indispensable work of history, generously illustrated with period photographs. It belongs on every library's shelves." --Booklist starred review