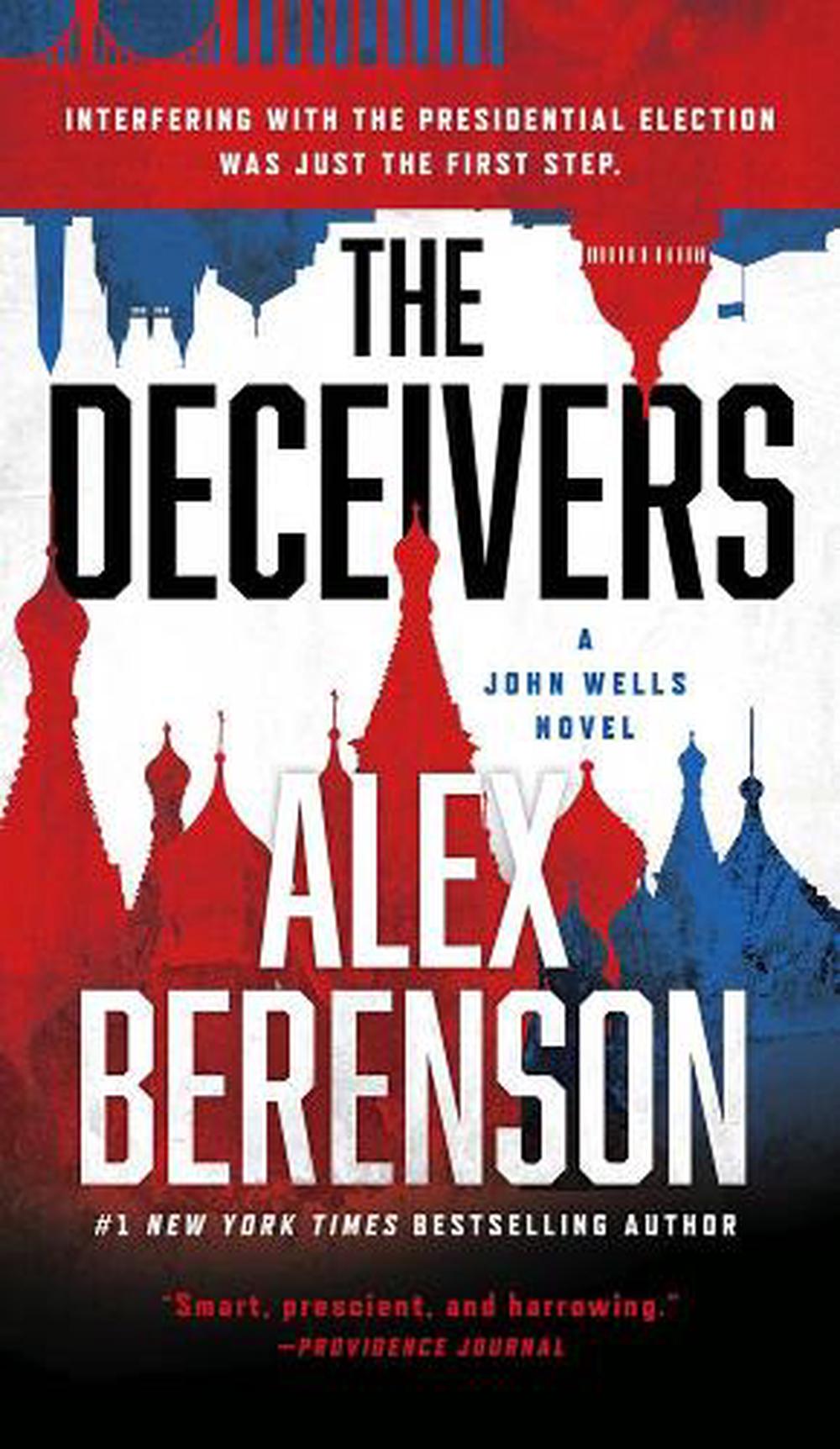 The Russians don't just want to influence American elections-they want it all. Former CIA agent John Wells confronts a plot of astonishing audacity as New York Times-bestselling author Alex Berenson goes beyond today's headlines to tomorrow's all-too-real threats. It was supposed to be a terrorist sting. The guns were supposed to be disabled. Then why was there so much blood? The target was the American Airlines Center, the home of the Dallas Mavericks. The FBI had told Ahmed Shakir that his drug bust would go away if he helped them, and they'd supply all the weaponry, carefully removing the firing pins before the main event. It never occurred to Ahmed to doubt them, until it was too late. When John Wells is called to Washington, he's sure it's to investigate the carnage in Dallas, but it isn't. The former CIA director, now president, Vinnie Duto has plenty of people working in Texas. He wants Wells to go to Colombia. An old asset there has information to share-and it will lead Wells to the deadliest mission of his life, an extraordinary confluence of sleeper cells, sniper teams, false flag operations, double agents high in the U.S. government-and a Russian plot to take over the government itself. If it succeeds, what happened in Texas will be only a prelude.

This is Alex Berenson's twelfth novel featuring John Wells. As a reporter for The New York Times, Berenson covered topics ranging from the occupation of Iraq-where he was stationed for three months-to the flooding of New Orleans, to the world pharmaceutical industry, to the financial crimes of Bernard Madoff. He graduated from Yale University in 1994 with degrees in history and economics, and lives in New York City. The Faithful Spy won the 2007 Edgar Award for best first novel.

Praise for The Deceivers "Smart, prescient, and harrowing...'The Manchurian Candidate' for a new generation."--Providence Journal

"Combin[es] former reporter Berenson's always-shrewd grasp of international politics with his equally impressive ability to construct involved stories whose convolutions never interrupt the full-throttle narrative drive....Another wonderful suspense novel that leaves readers shuddering with the realization that this isn't nearly as unbelievable as it should be."--Booklist (starred review)

"An electrifying thriller that's not to be missed."--The Real Book Spy

Praise for The Deceivers "Smart, prescient, and harrowing...'The Manchurian Candidate' for a new generation."-- Providence Journal "The fantastic plot, character development and action are insidiously riveting."-- Connecticut Day "[T]imely...Berenson's knowledge of geopolitical issues and government intelligence strategies impresses."-- Publishers Weekly "Another enjoyable entry." -- Kirkus Reviews "Combin[es] former reporter Berenson's always-shrewd grasp of international politics with his equally impressive ability to construct involved stories whose convolutions never interrupt the full-throttle narrative drive....Another wonderful suspense novel that leaves readers shuddering with the realization that this isn't nearly as unbelievable as it should be." -- Booklist (starred review) "An electrifying thriller that's not to be missed." --The Real Book Spy

The New York Times bestseller Interfering with the presidential election was just the first step.