Overcoming Speechlessness: A Poet Encounters the Horror in Rwanda, Eastern Congo, and Palestine/Israel

ISBN: 9781583229170
ANNOTATION:
In this essay Alice Walker eloquently calls attention to ignores justices around the world. 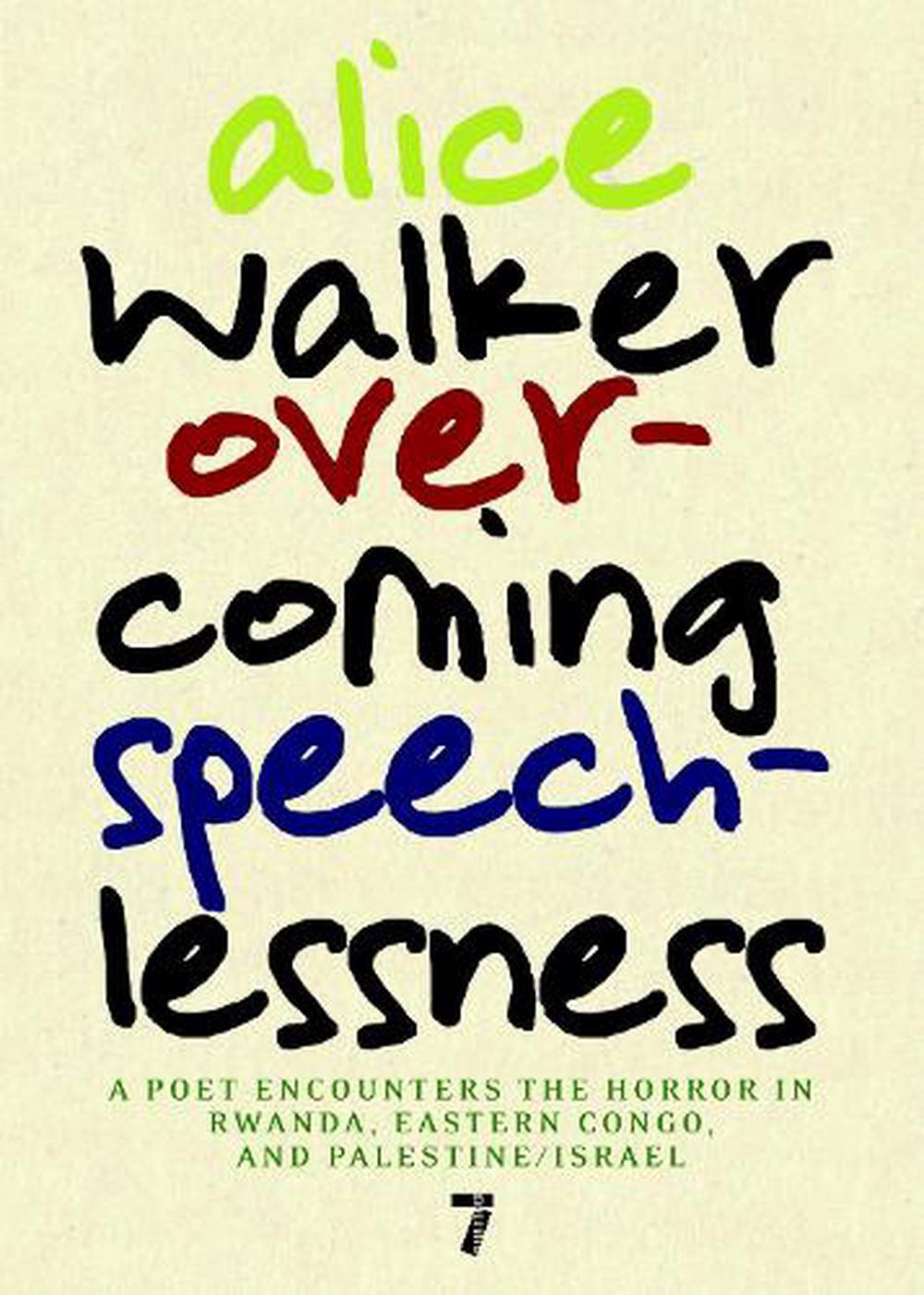 OTHER FORMATS:
ISBN: 9781583229170
ANNOTATION:
In this essay Alice Walker eloquently calls attention to ignores justices around the world.

In this essay Alice Walker eloquently calls attention to ignores justices around the world.

Best-selling novelist ALICE WALKER is the author of five other novels, ?five collections of short stories, six collections of essays, seven volumes of poetry, including the most recent Hard Times Require Furious Dancing, and several children's books. Her books have been translated into more than two dozen languages.

"Perhaps ordinary language cannot convey adequately the horrors of our time. Perhaps it takes a poet to reach into her own heart and into ours, to break out of silence and despair, to speak the unspeakable truth. Alice Walker, a poet who does more than write, declares, by her words and by her actions, that she will not, that we must not, let this go on. She insists, in this poetic, powerful essay, that we will reach out to one another, across all boundaries, to create a better world." --Howard Zinn "Walker has done what few North American writers are able to: bear witness to atrocities in places that are geographically far away, but politically connected to the West." --Feministe

"[Walker] links modern-day atrocities to older cruelties, including the Holocaust and the Trail of Tears. Finding resilience in the midst of atrocities, Walker uses her own voice, as poet and activist, to speak out against injustices in the world's trouble spots." --Vanessa Bush, Booklist

"Alice Walker's Overcoming Speechlessness leaves me breathless. She shocks us with stories of the most horrifying human interactions then pulls us out of despair with the most tender stories of compassion." --Medea Benjamin, cofounder of CODEPINK