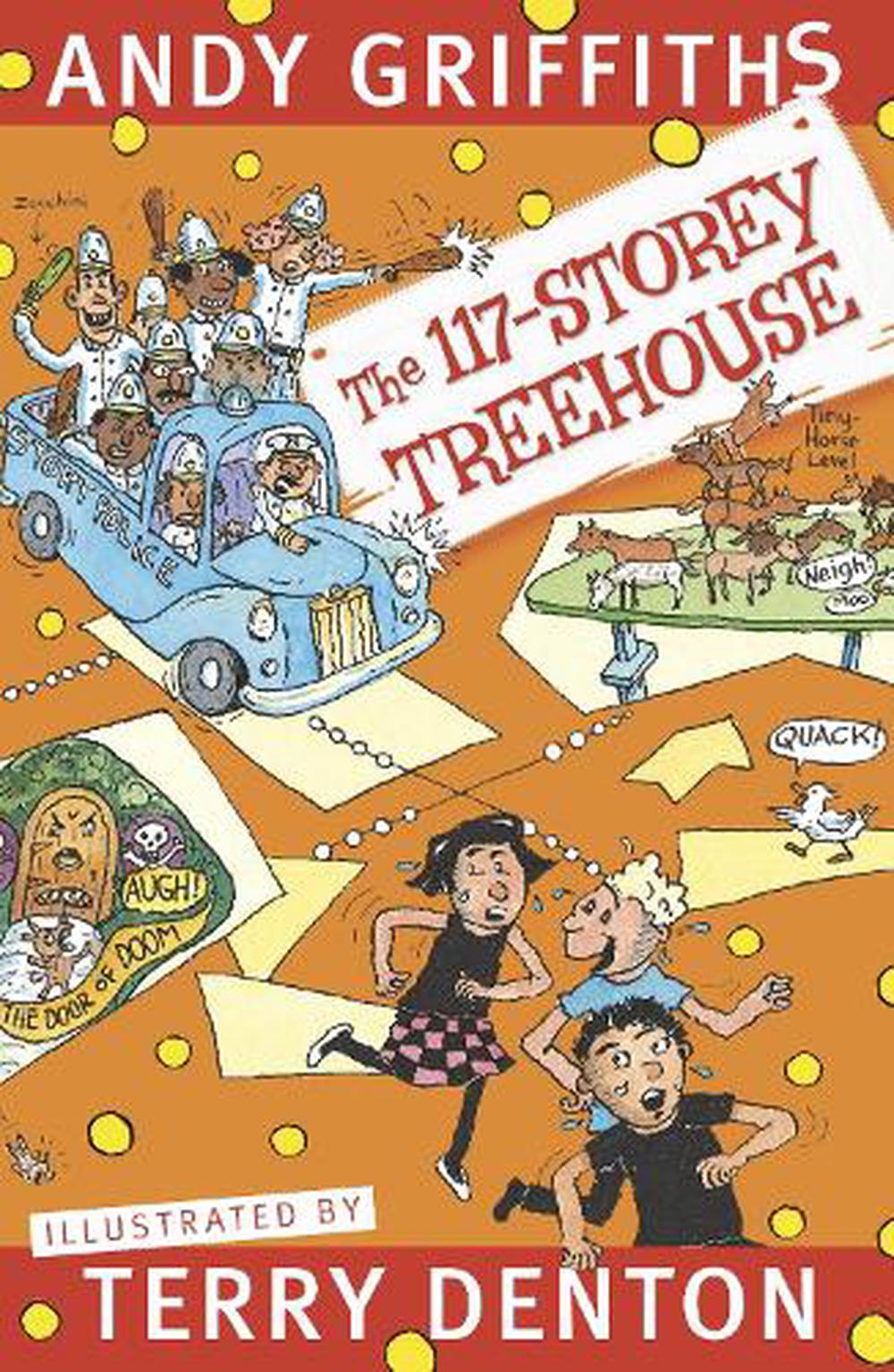 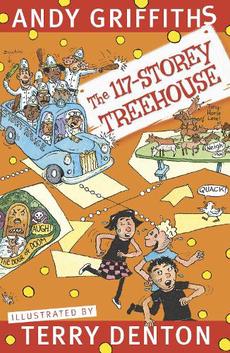 Andy and Terry's amazing treehouse now has 13 new storeys, including a tiny-horse level, a pyjama-party room, an Underpants Museum, a photo-bombing booth, a waiting room, a Door of Doom, a circus, a giant-fighting-robot arena, a traffic school, a water-ski park filled with flesh-eating piranhas and a treehouse visitor centre with a 24-hour information desk, a penguin-powered flying treehouse tour bus and a gift shop.

Well, what are you waiting for? Come on up!

LONGLISTED FOR ABIA BOOK OF THE YEAR FOR YOUNGER CHILDREN 2020

Andy Griffiths and Terry Denton began their creative partnership with Just Tricking! in 1997. They have now collaborated on eight Just books (with more than a million copies sold), the ground-breaking The Bad Book, the off-the-wall The Cat on the Mat is Flat), and now the phenomenal, sales-record-smashing, award-winning Treehouse series.