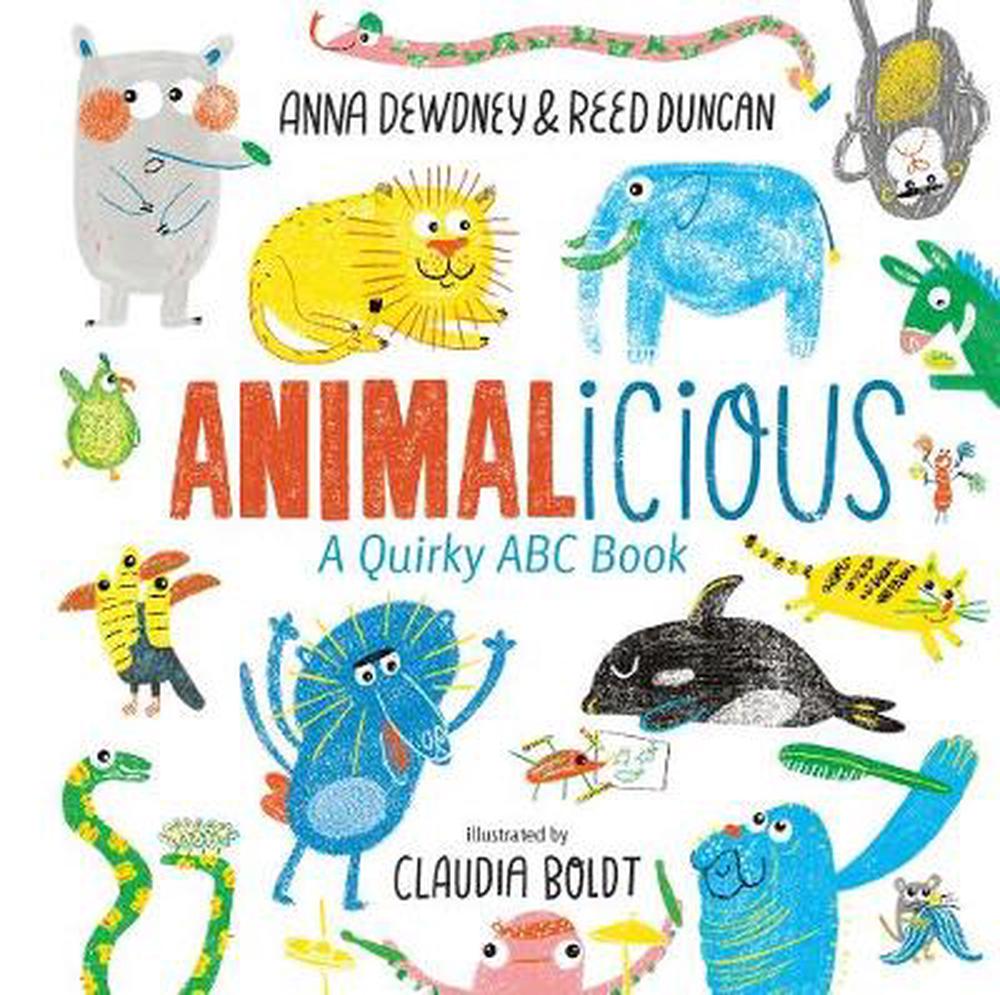 A seriously silly ABC book packed with imaginary animals from the creator of the Llama Llama books, Anna Dewdney, and Reed Duncan.

From A is for Anonymouse and I is for Incredibull, to K is for Kangarude and R is for Rocktopus, this ABC book will have readers laughing out loud as they learn the alphabet with animals they may never have seen-or even heard of-before.

Anna Dewdney was the author-illlustrator of several bestselling books, including the beloved Llama Llama Red Pajama series. A teacher, mother, and advocate of childhood literacy, Anna was also a passionate gardener and runner. She lived in a restored 18th-century farmhouse in Vermont with her dogs and her partner, Reed Duncan. Anna died in 2016.

Reed Duncan is a former instructor of writing and English. He was the longtime partner of author-illustrator Anna Dewdney, and is a co-creator and an executive producer/writer for the "Llama Llama" animated television series. Animalicious is one of several books that he and Anna wrote together.

Claudia Boldt grew up in Cologne, Germany, studied at the Glasgow School of Art and then Kingston University, and now lives and works in sunny Los Angeles. Claudia's illustrations appear in many newspapers and publications, and she has written and illustrated a number of books - most recently Brothers Forever for Penguin Random House UK. Her absolute favorite animals to draw are sausage dogs.