A Shame to Miss Poetry Collection 1 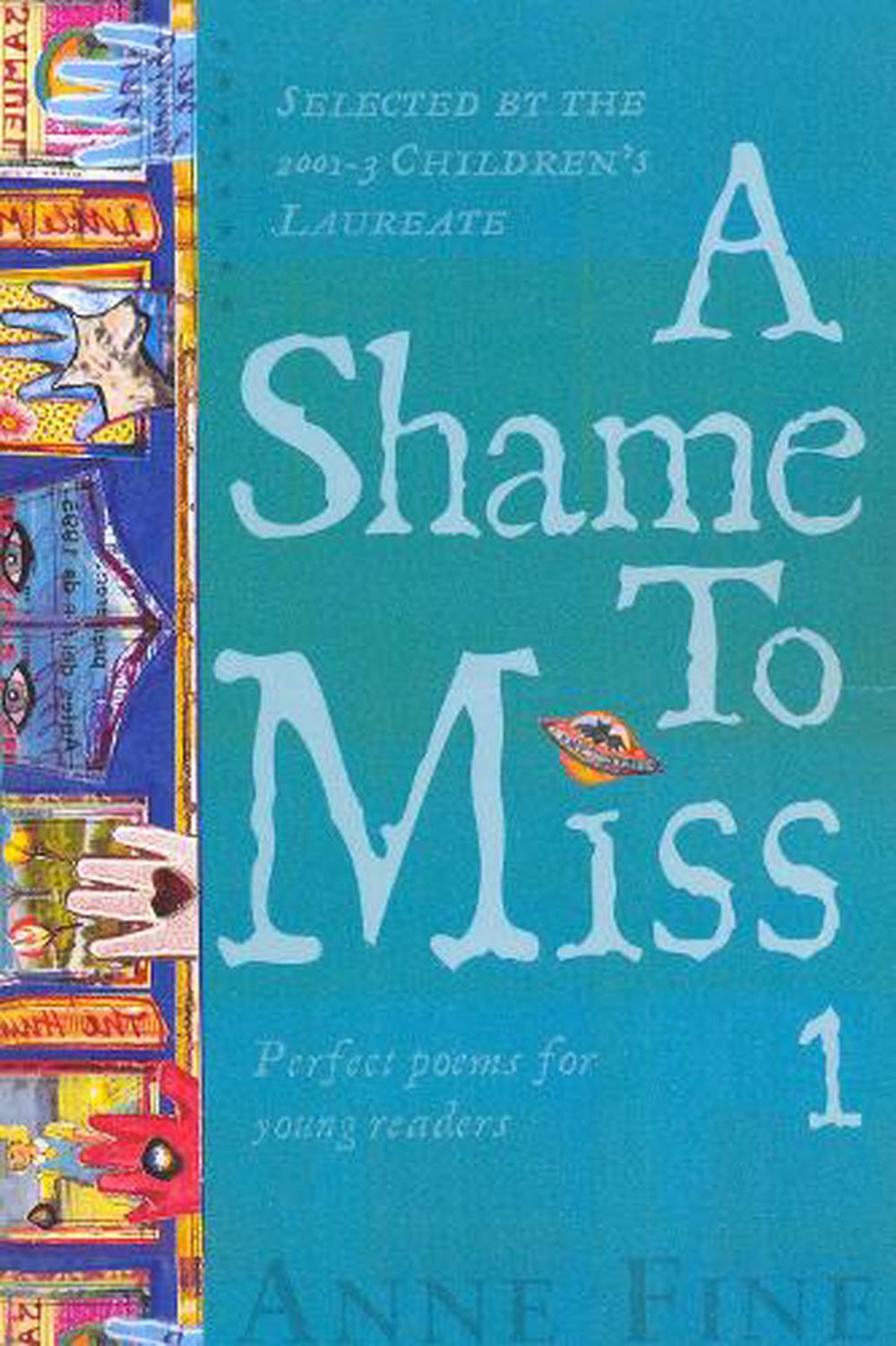 .1 is aimed at junior readers and is a diverse mixture of classic, well-loved poetry like Lewis Carroll's 'Jabberwocky' or Tennyson's 'Break, Break, Break' alongside poems from more modern poets like Kit Wright, Brian Patten and Diana Hendry.

Anne Fine, the 2001-3 Children's Laureate, has collected poetry she feels it would be a shame for any child to miss.

A SHAME TO MISS . . .1 is aimed at junior readers and is a diverse mixture of classic, well-loved poetry like Lewis Carroll's 'Jabberwocky' or Tennyson's 'Break, Break, Break' alongside poems from more modern poets like Kit Wright, Brian Patten and Diana Hendry. Other poets featured include Hillaire Belloc, Walter de la Mare, Eleanor Farjeon, Robert Graves, Kipling and many others: more than 70 poems in total.

Anne Fine was born in Leicester. She went to Wallisdean County Primary School in Fareham, Hampshire, and then to Northampton High School for Girls. She read Politics and History at the University of Warwick and then worked as an information officer for Oxfam before teaching (very briefly!) in a Scottish prison. She started her first book during a blizzard that stopped her getting to Edinburgh City Library and has been writing ever since.

Anne Fine is now a hugely popular and celebrated author. Among the many awards she has won are the Carnegie Medal (twice), the Whitbread Children's Novel Award (twice), the Guardian Children's Literature Award and a Smarties Prize. She has twice been voted Children's Writer of the Year at the British Book Awards and was the Children's Laureate for 2001-2003.

She has written over forty books for young people, including Goggle-Eyes, Flour Babies, Bill's New Frock, The Tulip Touch and Madame Doubtfire. She has also written a number of titles for adult readers, and has edited three poetry collections.

Three truly inspiring volumes of poetry. Sunday Times These little collections not only abound with wonders but are inviting and interactive.Parents and teachers should pounce on them. Guardian These three collections represent a stupendous act of rummaging.Her choices are quirky and rather canny Daily Telegraph For younger readers there's an excellent trio of anthologies Daily Mail