When All is Said 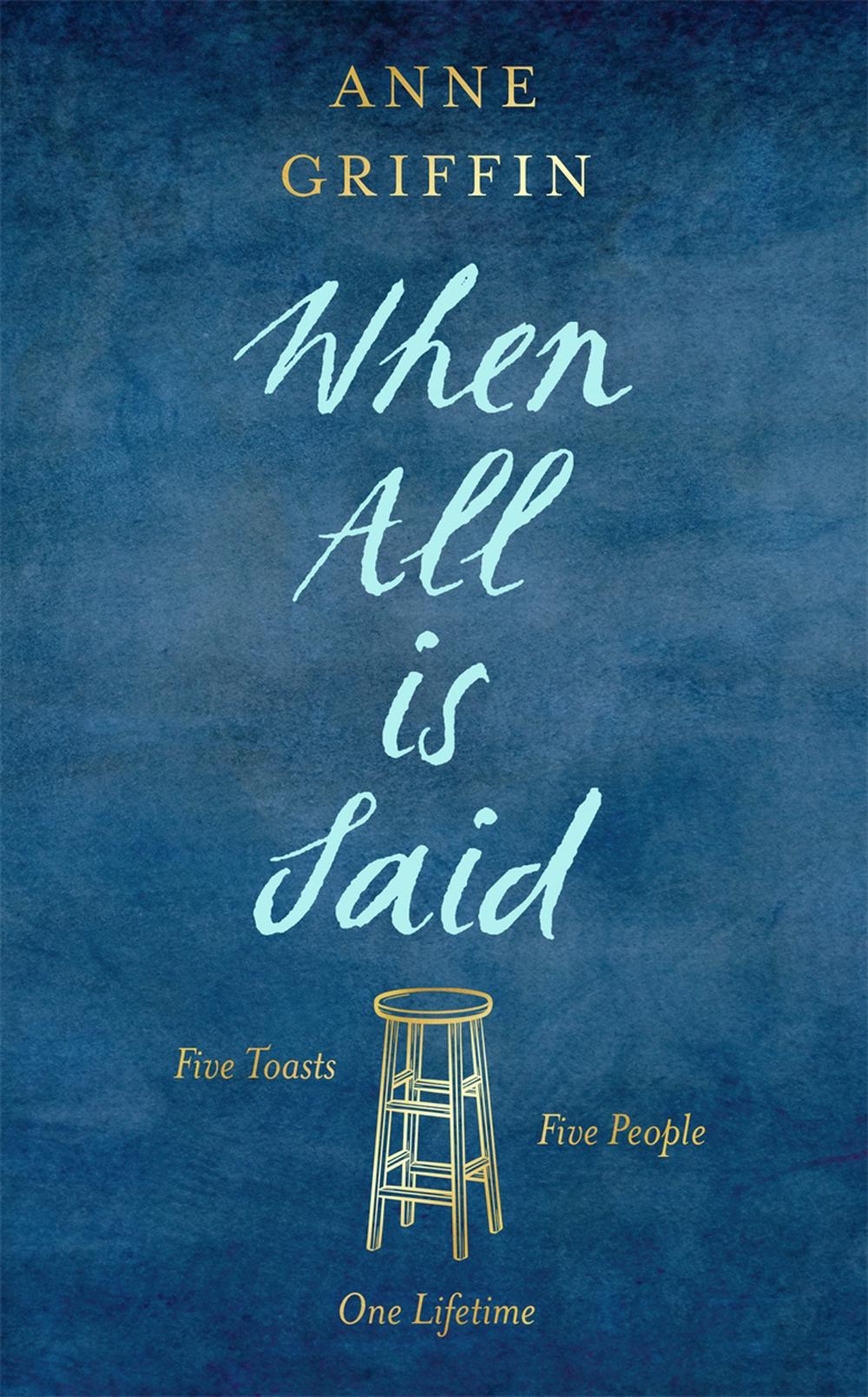 'An extraordinary novel, a poetic writer, and a story that moved me to tears.' John Boyne

'I'm here to remember - all that I have been and all that I will never be again.'

At the bar of a grand hotel in a small Irish town sits 84-year-old Maurice Hannigan. He's alone, as usual - though tonight is anything but. Pull up a stool and charge your glass, because Maurice is finally ready to tell his story.

Over the course of this evening, he will raise five toasts to the five people who have meant the most to him. Through these stories - of unspoken joy and regret, a secret tragedy kept hidden, a fierce love that never found its voice - the life of one man will be powerfully and poignantly laid bare.

Heart-breaking and heart-warming all at once, the voice of Maurice Hannigan will stay with you long after all is said.

'Beautifully written, unhurried and thoughtful, and a character you love from the off' Kit de Waal

Anne Griffin is the winner of the John McGahern Award for Literature. Shortlisted for the Hennessey New Irish Writing Award and The Sunday Business Post Short Story Competition, Anne's work has been featured in, amongst others, The Irish Times and The Stinging Fly. She's worked in Waterstones branches in both Dublin and London, and for various charities.

Born in Dublin, Anne now lives in Mullingar, Ireland, with her husband and son. When All is Said is her debut novel.

There is something special here . . . The next big name to emerge from the Irish writing scene.

Beautifully written, unhurried and thoughtful, and a character you love from the off.

In the twilight of his long and eventful life, Irishman Maurice Hannigan still possesses the deep and mellow voice that his grandmother once told him 'could melt icebergs-a voice that debut author Anne Griffin renders with wit, verve, and endearing irascibility. When All Is Said captures the texture of a night catching up with an old friend--the pleasures and comforts, the stories and surprises-one that you never want to end, and all the more bittersweet because you know, of course, that it must.

Maurice Hannigan is one of those rare and unforgettable characters whose lives we enter, inhabit for a time all too brief, and emerge from deeply changed. Anne Griffin is a writer with a bright, bright future.

Griffin is a magical storyteller whose prose is effortless and clear. She conjures an intimate, poignant and ultimately enthralling portrait of a man who has battled loneliness and other demons throughout his life. Maurice is superbly well-realised: a character who tries to make amends and, in so doing, cracked my heart. - Daily Mail

When All Is Said tells the tale of an imperfect man who you will not be able to forget. - Irish Country Magazine