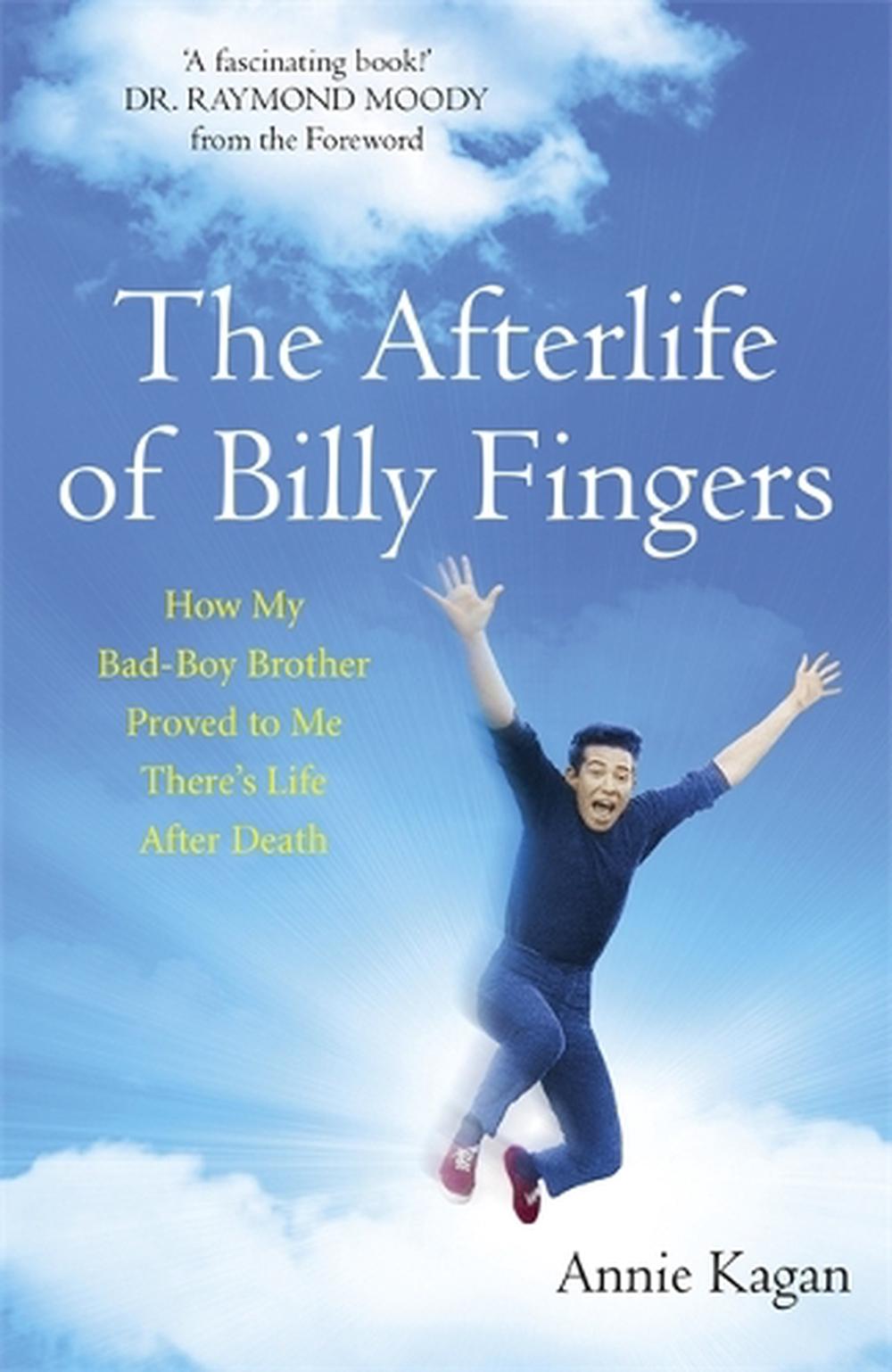 How my bad boy brother proved to me there's life after death.

In 2004, bad boy Billy Fingers Cohen, a homeless small-time drug dealer and addict in a state of drug induced euphoria, ran into a busy intersection and was killed instantly by a speeding automobile. He left behind a grieving sister. For weeks she struggled with grief and tried to make sense of Billy's seemingly wasted life and tragic death.

A few weeks after his death, William Cohen, aka Billy Fingers, woke his sister Annie at dawn. 'I'm drifting weightlessly through these glorious stars and galaxies and I feel a Divine Presence, a kind, loving beneficent presence, twinkling all around me.'

Billy's ongoing after-death communications take his sister on an unprecedented journey into the bliss and wonder of life beyond death. Billy's profound, detailed description of the mystical realms he traverses, the Beings of Light that await him, and the wisdom he receives take the reader beyond the near-death experience. Billy is, indeed, as Dr. Raymond Moody points out in his foreword, explaining the phenomena we've known about since ancient times, an afterworld walker.

A fascinating page-turner filled with wisdom, humour and hope, THE AFTERLIFE OF BILLY FINGERS, will forever change your views about life, death and the hereafter.

'If I could give you a gift it would be to find the glory inside yourself, beyond the roles and the drama, so you can dance the dance of the game of life with a little more rhythm, a little more abandon, a little more shaking-those-hips.'

Annie Kagan began writing songs at the age of fourteen. At fifteen she was signed by a producer from Columbia Records. At sixteen she was performing in New York City cafes and clubs.

After ten years as a songwriter and performer Annie returned to college, graduating with honours and became a Doctor of Chiropractic with a successful private practice on Manhattan's Upper East Side.

Attracted to Eastern spiritual traditions, Annie studied yoga and pursued an intense meditation practice. Following her inner voice, she left her career as a doctor and abandoned her hectic city life in search of serenity in a small house by the bay on the tip of Long Island.

Annie returned to songwriting, collaborating with Grammy and Emmy award-winning producer Brian Keane. Brian's high regard for her lyrcis inspired Annie to join a writers' workshop. While Annie was writing her first novel, her brother Billy died unexpectedly and began speaking to her from the afterlife.

She is excited to bring together her talents as a lyricist, performer and healer in order to touch the lives of others with Billy's communications from the other side.

A fresh, uplifting thoroughly modern account of life after death. I wholeheartedly recommend you read it. - Gordon Smith - World-renowned medium and author of The Best of Both Worlds

The Afterlife of Billy Fingers is an extraordinary example of extended after-death communication. It's one of the most powerful, liberating and healing books on 'life after death' I've ever read. - Barry Guggenheim, Author of 'Hello From Heaven'

...a work of transcendent wisdom, irreverent humour and sublime beauty. - Mirabi Starr, author of 'Dark Night of the Soul'

The Afterlife of Billy Fingers is one of the best books I've read on the subject of life after death. Part of the book's premise is Annie's questioning whether her communication with Billy is real or her own craziness, and that mystery keeps us reading and seeking answers. We want to find out for ourselves what the source of this communication really is. Along the way, what Billy tells Annie is inspiring, enlightening, and insightful. - Hal Zina Bennett

Had to read it.
By Karen