ISBN: 9781498503891
ANNOTATION:
This book examines the administration of President Ngo Dinh Diem of South Vietnam and the U.S. involvement in his assassination. Joes analyzes why and how South Vietnam survived all Communist attempts to overthrow it until the U.S. Congress allowed the predominantly anti-Communist population to be conquered by the North. 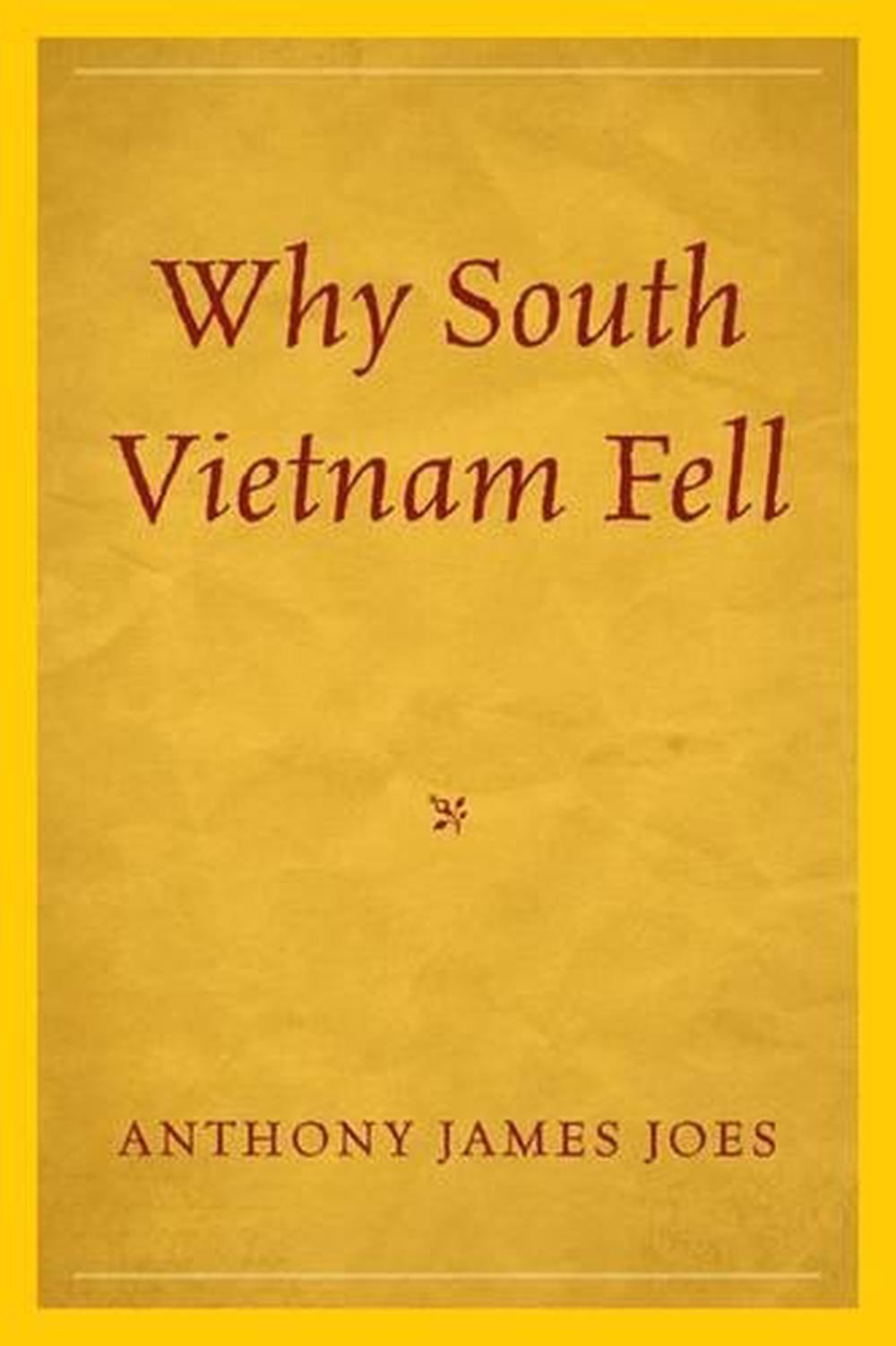 OTHER FORMATS:
ISBN: 9781498503891
ANNOTATION:
This book examines the administration of President Ngo Dinh Diem of South Vietnam and the U.S. involvement in his assassination. Joes analyzes why and how South Vietnam survived all Communist attempts to overthrow it until the U.S. Congress allowed the predominantly anti-Communist population to be conquered by the North.

This book examines the administration of President Ngo Dinh Diem of South Vietnam and the U.S. involvement in his assassination. Joes analyzes why and how South Vietnam survived all Communist attempts to overthrow it until the U.S. Congress allowed the predominantly anti-Communist population to be conquered by the North.

Between 1954 and 1963, President Ngo Dinh Diem, against great odds but with U.S. assistance, built a functioning South Vietnamese state. But gravely misled by American journalists in Saigon, the U.S. embassy, in league with second-tier members of the State Department, urged certain South Vietnamese generals to stage a coup against Diem, resulting in his brutal murder. Despite the instability after Diem's murder, the South Vietnamese Army performed well during the 1968 Tet Offensive and the 1972 Easter Offensive. In proportion to population, South Vietnamese Army losses were much greater than American losses. Nevertheless, the American media ignored South Vietnamese sacrifices, and completely misrepresented the consequences of the Tet Offensive. The disastrous "peace agreement" the U.S. forced on the South Vietnamese in 1973 made continuing American support vital. But Congress began to slash aid to South Vietnam, so that its soldiers had to fight on with dwindling supplies of fuel, ammunition, and medicine. Under these circumstances, the South Vietnamese attempted to regroup their army into the provinces around Saigon, an effort that ended in disaster.

The final chapter reflects on the meaning of the conflict and the tragedy that abandonment by Washington and conquest by Hanoi brought upon the South Vietnamese people. An Appendix presents a strategy for preserving a South Vietnamese state with the commitment of a relatively small number of U.S. forces.

In his study of the fall of South Vietnam, Professor Joes has provided, once again, a carefully crafted analytic and extensively documented account of an historic period critical in the history of the United States. Like his earlier works, this is insightful and suggestive. It provides assessments of courses not taken as well as those pursued in Southeast Asia-employing a studied calculus of probabilities. It is highly recommended to all interested in the past and future of U.S. foreign, defense, and general security, policies. -- A. James Gregor, University of California, Berkeley Anthony Joes conducts a profound and sweeping reassessment of the fall of South Vietnam. Not a history of the war, this eloquent and impassioned treatise tackles some of the critical events, leaders, and decisions, commencing with the role of the French and Japanese and proceeding through to the fall of Saigon, and alternative strategies that could have been pursued to produce a different outcome. The book is richly documented, shows mastery of comparative military history to illuminate 30 years of war, and attacks the myths that have distorted our understanding of what actually happened, and what could have happened. All readers will find his account intellectually stimulating. Moreover, there are lessons here that are pertinent for American statesmen engaged in more recent wars. The Vietnam reader will find a veritable cornucopia of critical assertions and conclusions to visit, some for the first time. -- Gabriel Marcella, Retired Professor, U.S. Army War College The war over the Vietnam War continues, and Anthony James Joes' provocative assessment of why we lost will both enrage and fortify (depending on one's point of view). -- Jeffrey Record, U.S. Air War College