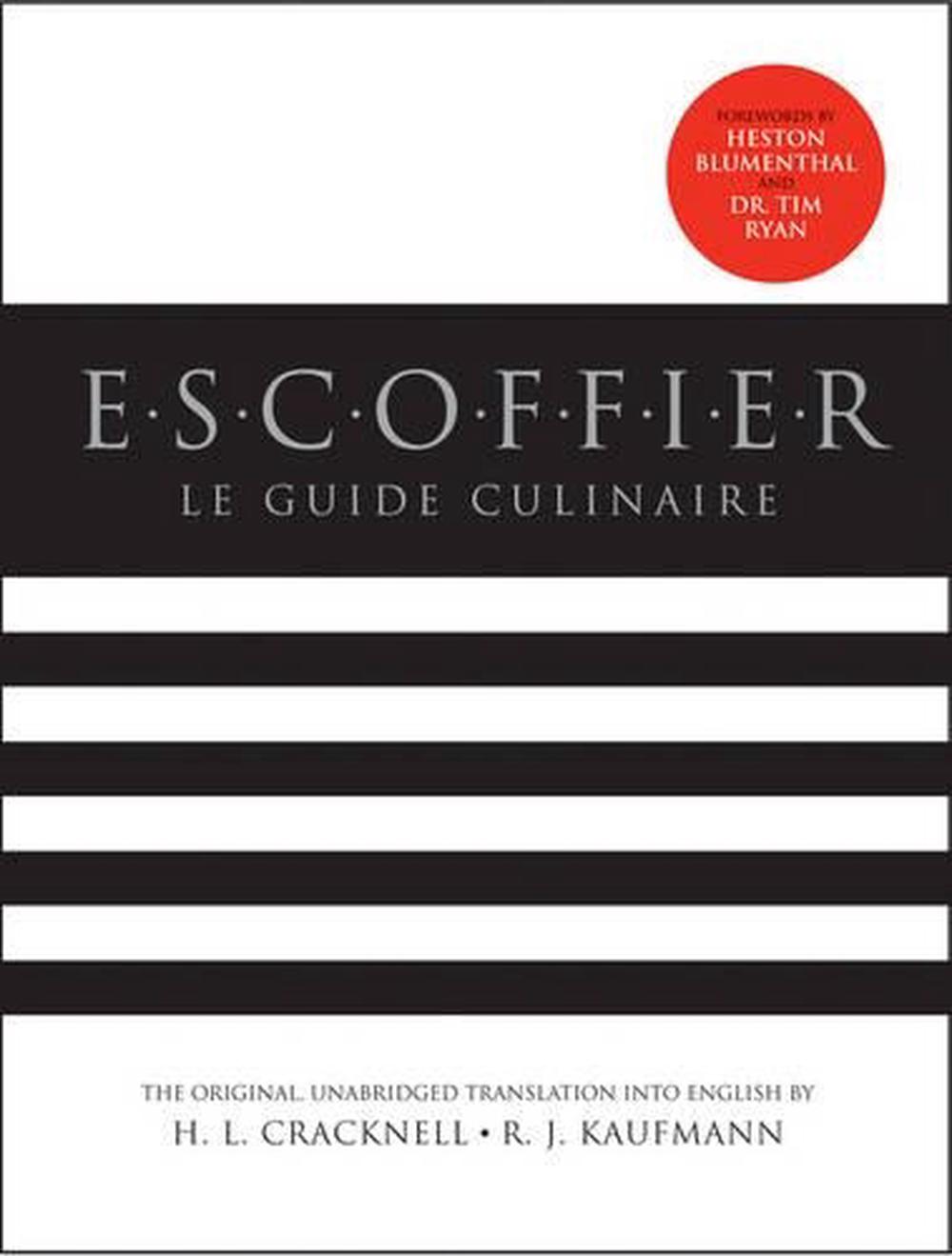 The culinary bible that first codified French cuisine—now in an updated English translation with Forewords from Chefs Heston Blumenthal and Tim RyanWhen Georges Auguste Escoffier published the first edition of "Le Guide Culinaire" in 1903, it instantly became the must-have resource for understanding and preparing French cuisine. More than a century later, it remains the classic reference for professional chefs. This book is the only completely authentic, unabridged English translation of Escoffier's classic work. Translated from the 1921 Fourth Edition, this revision includes all-new Forewords by Heston Blumenthal, chef-owner of the Michelin three-star-rated Fat Duck restaurant, and Chef Tim Ryan, President of The Culinary Institute of America, along with Escoffier's original Forewords, a memoir of the great chef by his grandson Pierre, and more than 5,000 narrative recipes for all the staples of French cuisine.- Includes more than 5,000 recipes in narrative form for everything from sauces, soups, garnishes, and hors d'oeuvres to fish, meats, poultry, and desserts- Ideal for professional chefs, culinary students, serious home cooks, food history buffs, and unrepentant foodies- The only unabridged English translation of Escoffier's original text, in a sleek, modern designFor anyone who is serious about French food, modern cooking, or culinary history, "Escoffier's Complete Guide to the Art of Modern Cookery "is the ultimate guide and cookbook.