The Voice of Hope 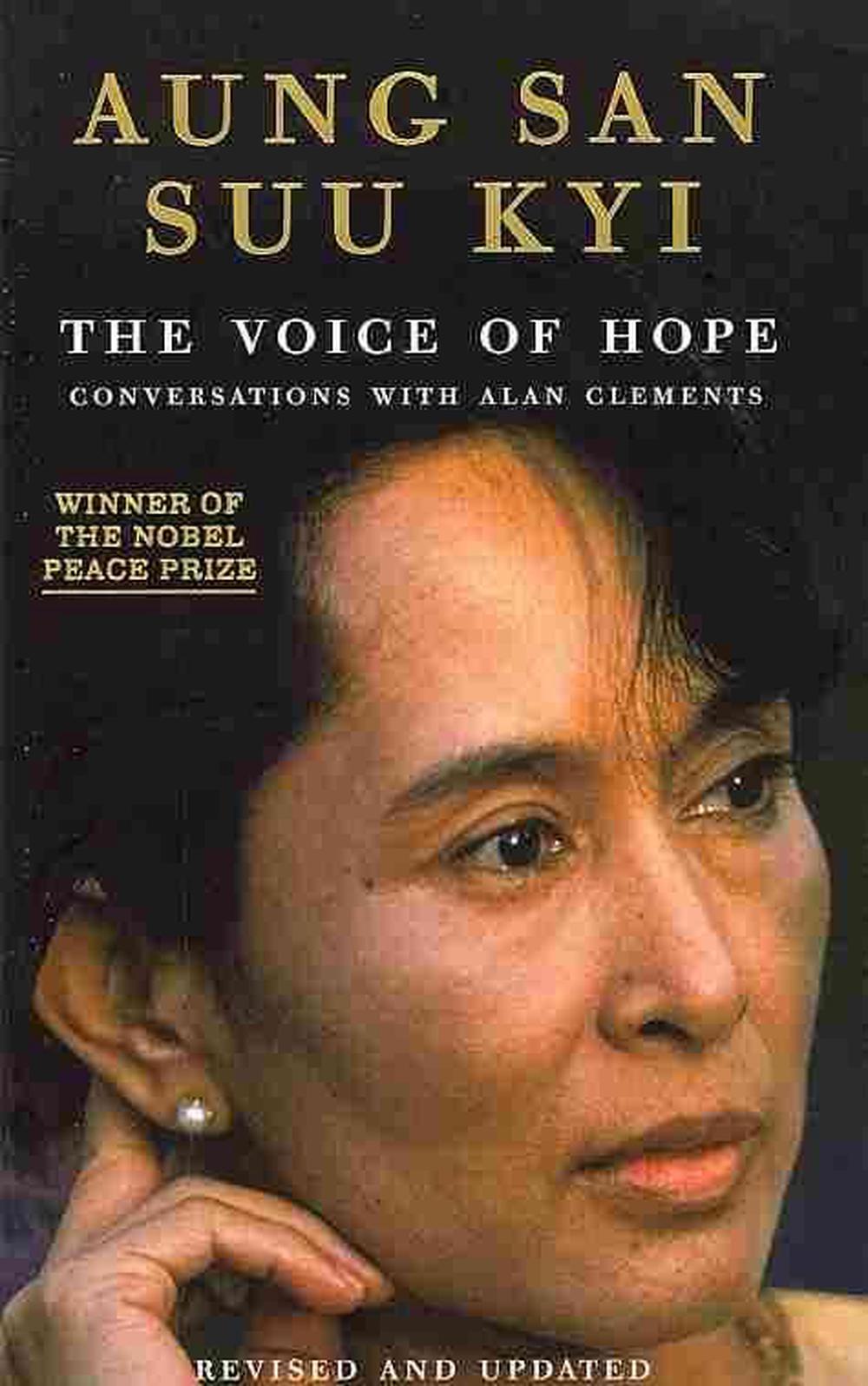 Aung San Suu Kyi is known for her courageous stand for democracy and human rights inside Burma (now Myanmar). Forced to endure many years of house arrest by the military junta, she continues to act as a focus for change inside a country that is ruled by one of the most hard-line dictatorships in the world. Such is her determined action for the best interests of Burma that she was awarded the Nobel Peace Prize in 1991.In September 07, the Burmese monks led a powerful protest against their government, which was brutally put down. Yet, in the midst of their struggle, they still were encouraged by the sight of Aung San Suu Kyi, who is still imprisoned.One of the very few people she has trusted enough to take her message to the wider world is Alan Clements. The Voice of Hope is the result of the secret and dangerous meetings they had over several years, and offers unquestionably the most wide-ranging collection of her views on the political situation inside Burma, her non-violent approach to democracy and human rights, her Buddhist beliefs, her family, and how she keeps a sense of meaning and purpose under the most appalling conditions.Brand new material includes an inspiring discussion with U-Gambira, the leader of the All-Burma Monks Alliance, conducted after the 2007 uprising (he has since 'disappeared'). There is also an updated Chronology of Events of recent Burmese history, a new Introduction and a new list of Burma-related websites.

Born in 1945 and educated at Oxford University, Aung San Suu Kyi married Dr Michael Aris and brought up their children in Oxford. In 1988 she returned to Burma to care for her dying mother but was caught in a national revolt against political repression. She became the leader of the reform movement. After many years of house arrest, she has become a member of the Burmese Parliament and continues to work towards the freedom and modernization of her country. Alan Clements is a journalist, writer and human rights activist. He lived in Burma for many years in the 70s and 80s, nearly 5 years as a monk. He is the co-founder and director of the Burma Project USA/Canada, as well as a political satirist, performing his theatrical monologue to audiences around the world.

"[Shows] Aung San Suu Kyi's humour, erudition, wisdom and accessibility, and demonstrate[s] why she has become a world spiritual leader" New York Times "I am delighted that The Voice of Hope is being republished. This is a message that the world should hear" President Jimmy Carter "This is a remarkable book, as inspired as it is wise. Read it and learn from Aung San Suu Kyi's amazing life" Jack Kornfield, author of A Path with Heart "Suu Kyi is one of the most remarkable and brave women of our time. Her dying husband Michael was refused permission to go to visit her. Even the phone calls I used to have with her have been stopped for some years. The regime in Burma is an outrage, and it is a blot on the international community that we have done so little about it. This book is testimony to the staunch commitment and sacrifice of an astonishingly courageous and visionary person" The Rt Hon the Lord David Steel of Aikwood KT "Aung San Suu Kyi's struggle for freedom is Burma's struggle for freedom. If you read this important book you'll understand why" Maureen Lipman