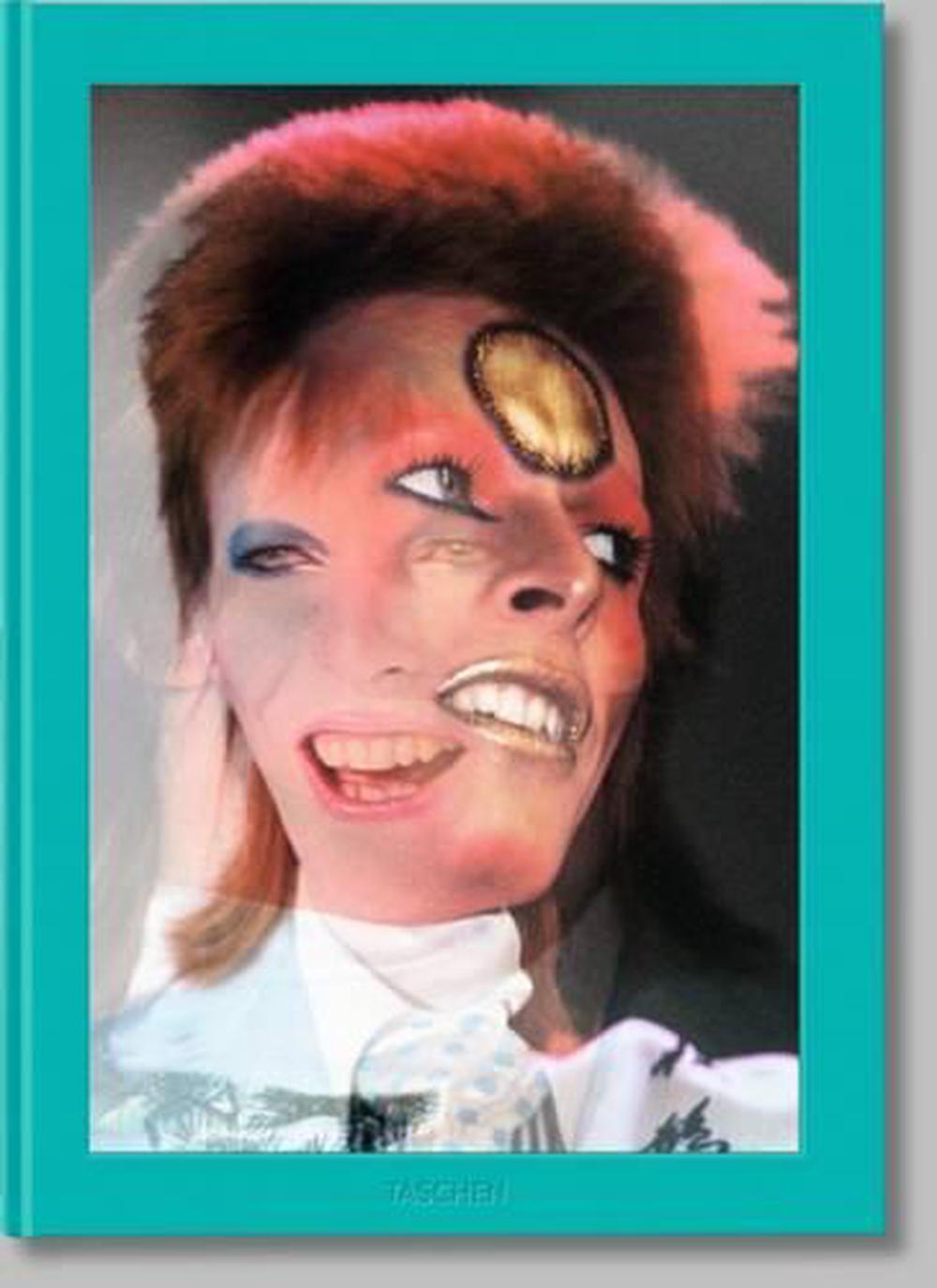 OTHER FORMATS:
ISBN: 9783836560948
ANNOTATION:
A tribute to David Bowie from the artist's official photographer and creative partner, Mick Rock. Compiled in 2015 with Bowie's blessing, this electrifying collection includes stage shots, backstage photographs, album images, and more, to chart the musical, theatrical, and sexual revolution of the groundbreaking 1972-73 Ziggy Stardust world...

A tribute to David Bowie from the artist's official photographer and creative partner, Mick Rock. Compiled in 2015 with Bowie's blessing, this electrifying collection includes stage shots, backstage photographs, album images, and more, to chart the musical, theatrical, and sexual revolution of the groundbreaking 1972-73 Ziggy Stardust world...

"Such a privilege to have known and worked with him. A remarkable man and artist. I loved him."

In 1972, David Bowie released his groundbreaking album The Rise and Fall of Ziggy Stardust and the Spiders from Mars. With it landed Bowie's Stardust alter ego: a glitter-clad, mascara-eyed, sexually ambiguous persona who kicked down the boundaries between male and female, straight and gay, fact and fiction into one shifting and sparkling phenomenon of '70s self-expression. Together, Ziggy the album and Ziggy the stage spectacular propelled the softly spoken Londoner into one of the world's biggest stars.

A key passenger on this glam trip into the stratosphere was fellow Londoner and photographer Mick Rock. Rock bonded with Bowie artistically and personally, immersed himself in the singer's inner circle, and, between 1972 and 1973, worked as the singer's photographer and videographer.

This collection, featuring around 50 percent previously unpublished images, brings together spectacular stage shots, iconic photo shoots, as well as intimate backstage portraits. With a lenticular cover of different headshots, it celebrates Bowie's fearless experimentation and reinvention, while offering privileged access to the many facets of his personality and fame. Through the aloof and approachable, the playful and serious, the candid and the contrived, the result is a passionate tribute to a brilliant and inspirational artist whose creative vision will never be forgotten.

David Bowie burst into the limelight with his single "Space Oddity." His Ziggy creation was the culmination of many influences, including kabuki, Stanley Kubrick's A Clockwork Orange, and the costumes of Freddie Burretti and Kansai Yamamoto. Mick Rock is one of the most widely recognized and prolific music photographers of the 1970s and was the only one authorized to record Ziggy.

"...a touching tribute to Bowie's early star power." "Ziggy Stardust as you've never seen him before... a coffee-table-wonder." "The bond between photographer and subject is clear to see. It's rare that we get a glimpse behind the scenes, particularly with an artist so in control of his image. But here we find a thorough portrait of an individual in all his guises. This is a truly indispensable book, not just for Bowie fans but also for people interested in rock history." "For Bowie fans, it's a must." "Rock's pictures don't simply depict a singer seizing the moment, but document an artist creating it."