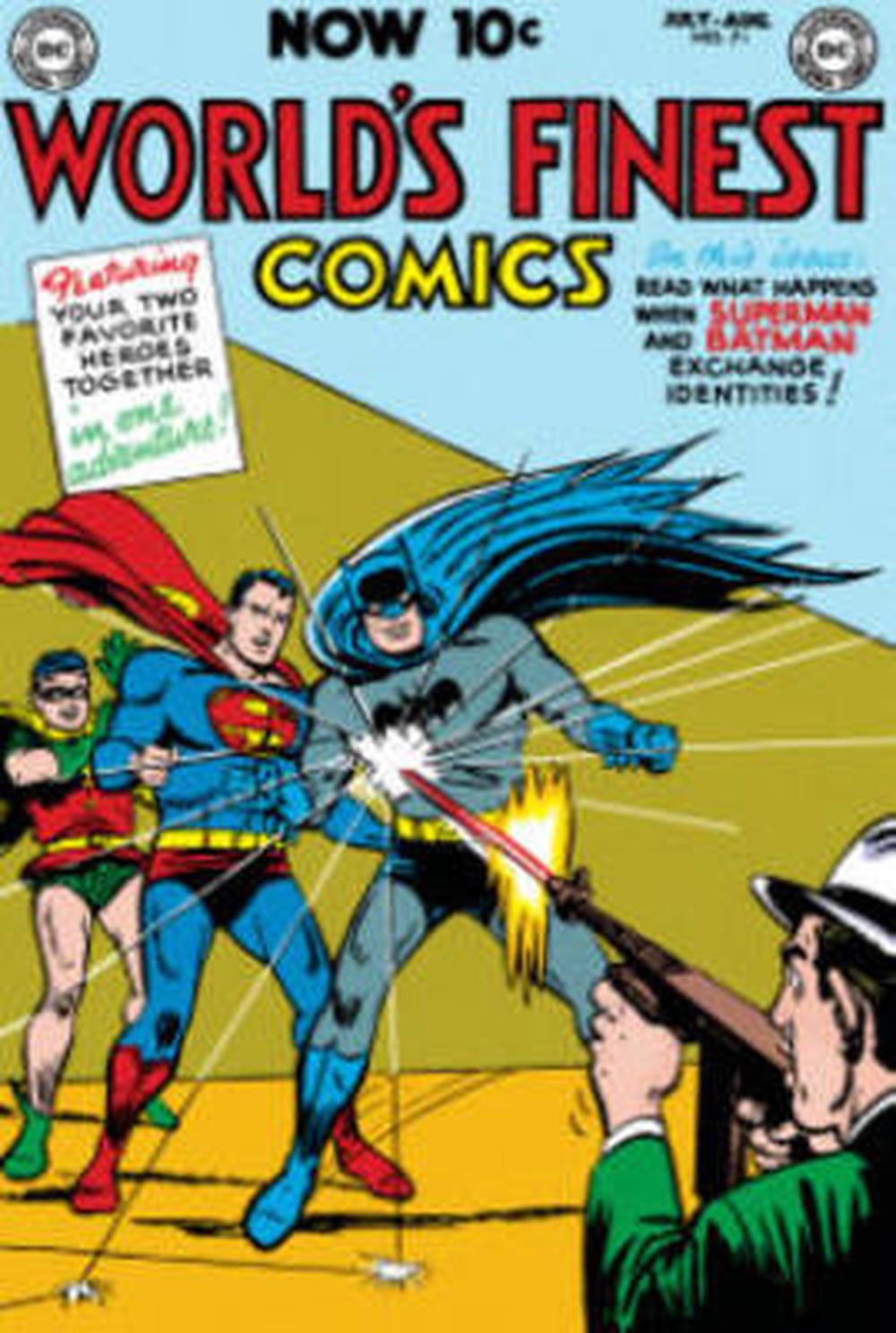 Features frequent guest stars Robin, Lois Lane, Commissioner Gordon and Perry White, the two heroes battle crime in the past, present and future, including each other's greatest foes: Lex Luthor and The Joker.

Superman and Batman first teamed up in these stories from comics' Golden Age, reprinted here for the first time in one massive hardcover. In these tales, which feature frequent guest stars Robin, Lois Lane, Commissioner Gordon and Perry White, the two heroes battle crime in the past, present and future, including each other's greatest foes- Lex Luthor and The Joker! Collects stories from New York World's Fair Comics #1-2 and World's Finest Comics #71-96.

Edmond Hamilton came to comics from science fiction pulp magazines, for which he was the creator of grand space operas such as oThe Star Kingso and classic short stories like the intense, introspective oWhat's It Like Out There?o He created Captain Future for pulp editor Mort Weisinger in 1939 and, upon moving to DC Comics in 1941, Weisinger offered Hamilton work on comics scripts. Hamilton quickly became a major Superman writer. In addition, he wrote Tommy Tomorrow features for ACTION COMICS and classic stories for DC editor Julius Schwartz's science fiction comics. In 1952, Hamilton teamed Superman and Batman in oThe Mightiest Team in the Worldo (SUPERMAN #76), a story he conceived as a minor one-shot adventure. Editor Jack Schiff soon made the Superman-Batman team a regular feature in WORLD'S FINEST, where Hamilton wrote the majority of stories until 1966. In other Batman, Superman, and Legion of Super-Heroes stories, Hamilton introduced such memorable characters as Batwoman, the Composite Superman, Element Lad, Dream Girl, Timber Wolf, and Brainiac 5. Hamilton retired from comics in 1966 and lived with his wife, Leigh Brackett (a science-fiction novelist and screenwriter whose credits include The Big Sleep and The Empire Strikes Back), until his death in 1977.