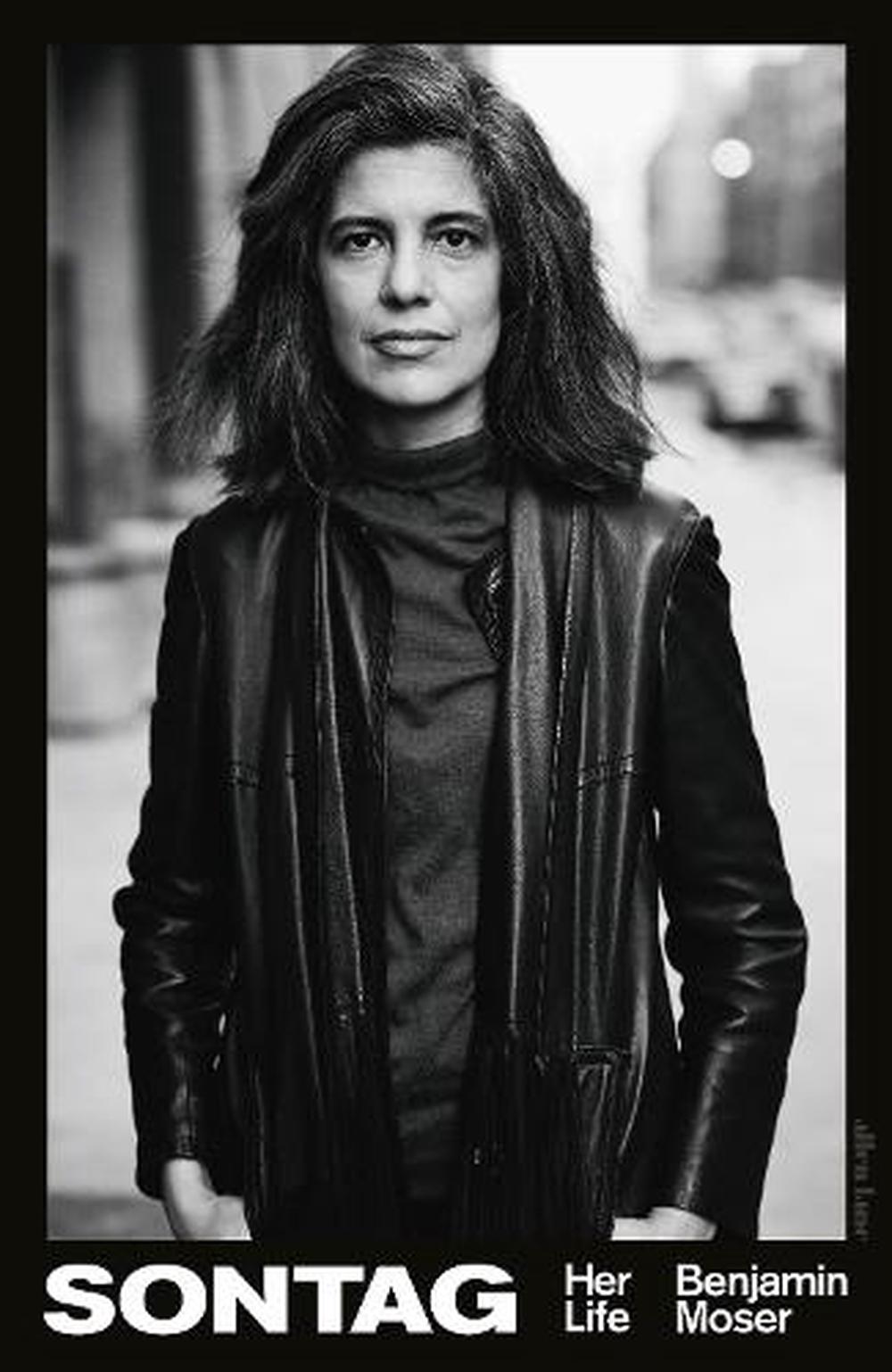 Susan Sontag was our last great literary star. Her brilliant, serious mind combined with her striking image, her rigorous intellectualism and her groundbreaking inquiries into what was then seen as 'low culture' - celebrity, photographs, camp - propelled her into her own unique, inimitable category and made her famous the world over, emblematic of twentieth-century New York literary glamour.

Today we need her ideas more than ever. Her writing on art and politics, feminism and homosexuality, celebrity and style, medicine and drugs, radicalism, Fascism, Freudianism, Communism and Americanism, forms an indispensable guide to our modern world. Sontag was present at many of the most crucial events of the twentieth century- when the Cuban Revolution began, and when the Berlin Wall came down, in Vietnam under American bombardment, in wartime Israel and in besieged Sarajevo. Sontag tells these stories and examines her work, as well as exploring the woman behind Sontag's formidable public face- the broken relationships, the struggles with her sexuality, her agonizing construction of herself and her public myth.

Sontag is the first biography based on exclusive access to her restricted personal archives and on hundreds of interviews conducted with many people around the world who spoke freely for the first time about Susan Sontag, including Annie Leibovitz. It is a definitive portrait of an endlessly complex, dazzling woman; one of the twentieth century's greatest thinkers, who lived one of its most fascinating lives.

Benjamin Moser is the author of Why This World- A Biography of Clarice Lispector, a finalist for the National Book Critics' Circle Award and his work bringing Clarice Lispector to international prominence was recognized with Brazil's State Prize for Cultural Diplomacy. He has published translations from several languages, received a Guggenheim Fellowship, and worked as a books columnist for Harper's Magazine and The New York Times Book Review. He lives in the Netherlands and France.

Don't be fooled by the length. This book, at more than 800 pages, is compulsive reading: moving, maddening, ridiculous and beautiful scenes from the life of Susan Sontag, and the epochs she traversed. Moser has a true and deep love for his subject, a love unafraid to be truthful, and it shows. -- Rachel Kushner If it's already difficult to imagine American culture without Susan Sontag's contributions to it, it may soon become difficult to imagine her life without Benjamin Moser's account of it. A significant life like Sontag's demands a significant biography. That demand has now been incisively, extravagantly met -- Michael Cunningham An astonishing page-turner, like a brilliant suspense novel (even for one who knew what happened next). The Sue/Susan/Sontag/"Susan Sontag" character emerges here in all her wonderfulness and terribleness and staggering complexity. This is it: the last word on Susan Sontag. I can't imagine the necessity of another book about her life -- Sigrid Nunez Benjamin Moser brings his iconic subject to life in this gripping, insightful and supremely stylish biography. He makes a modern epic out of Sontag's remarkable story, from her tortured relationship with her alcoholic mother to her unflinching visits to besieged Sarajevo, revealing at every turn the vital, complicated, imperfect human being behind the formidable public intellectual. -- Edmund Gordon Susan Sontag made and broke the mold of American 20th century public intellectual. Fifteen years after her death, her ethos of 'high seriousness' seems quaint and dated. In this long-awaited, brilliant biography, Benjamin Moser show us how to read Sontag - and, by extension, her times - in the present, and reveals the extents and limits of her genius. His psychologically nuanced critical study is written with sang-froid and compassion. -- Chris Kraus I always found Susan Sontag in turns brilliant, vain, wise, foolish, high, low, dazzlingly insightful, pretentious, pure ... but always fiercely and frighteningly intelligent, learned, alert and aware. Benjamin Moser's monumental biography reveals the surprisingly tender, insecure, simple and intellectually dedicated story of one the most remarkable literary figures to emerge in twentieth century America. Her influence on aesthetics, writing and the wider culture is almost impossible to overstate and Moser's own fierce intelligence weaves between the life and the work quite magnificently. She stands reclaimed for our century, a much more lovable and variegated character than I ever guessed. Definitive and delightful -- Stephen Fry Benjamin Moser's accomplishment here is breathtaking: it includes an extraordinary knowledge of the subject, her milieu, her writings, her ideas, and her friends and family, beautiful prose, extraordinary insights, a capacity to understand her driven emotional life and her stellar intellectual life. It will be called unsparing, because some of its truths about this complex figure are harsh, but it is generous to the subject as well as to readers who want to understand this woman who stood so tall and cast such a long shadow across twentieth-century intellectual life. -- Rebecca Solnit a monumental work that reveals the flawed private person behind the ferocious intellectual public persona -- Carl Wilkinson FT Essential Reads of 2019 An exhausting biography about an exhausting woman that will keep you up nights greedily reading all 800 pages until you pass out exhausted yourself - exhilarated and amazed at this difficult, brilliant but clueless writer's life. -- John Waters The Amazon Book Review evocative and entertaining...Moser renders Sontag's ascent to intellectual stardom as a rich and often rollicking affair The Best Books of 2019, Oprah Magazine sensational...provides an indelible portrait of a personality, a career and various milieu -- Leo Robson Books of the Year, New Statesman A portrait of the intellectual conscience of the babyboomer generation - faults and all The Financial Times Moser has had the confidence and erudition to bring all of [Sontag's] contradictory aspects together in a biography fully commensurate with the scale of his subject. He is...a gifted, compassionate writer. The TLS There can be no doubting the brilliance - the sheer explanatory vigour - of Moser's biography... a triumph of the virtues of seriousness and truth-telling that Susan Sontag espoused again and again but was conspicuously and often quite consciously unable to force herself to live by. The New Statesman Moser's socially panoramic, psychologically incisive biography does a superb job of charting Sontag's self-invention The Guardian Moser is good at elucidating Sontag's ideas and putting into context the fecundity of her thought. He discusses her "Olympian" sex life with sympathy and insight - her galaxy of lovers included Bobby Kennedy, Jasper Johns, Warren Beatty and Annie Leibovitz - and is unbiased when it comes to evaluating her writing The Sunday Times Moser does rather a brilliant job...we have Sontag as daughter, friend, lover, wife and mother, but Moser's writing is appropriately bold and anecdotal, so there is less the feeling of years accrued than of selves tried out. He's an essayist, taking on an essayist, and his best passages are biographical readings of her writing. His assessment of her novels is punchy and insightful...this biography keeps her defiantly alive: argumentative, wilful, often right, always interesting, encouraging us to up our game as we watch her at the top of hers The Guardian Moser intelligently brings together both public and private, onstage and off-. His scrutiny of her essays, fiction, films, and political activism is clear-eyed, his analysis of her tumultuous affective life sympathetic... Sontag offers a thoroughly researched chronicle of an unparalleled American figure and the institutions tied to her... deft and sometimes dishy Bookforum

Moser intelligently brings together both public and private, onstage and off-. His scrutiny of her essays, fiction, films, and political activism is clear-eyed, his analysis of her tumultuous affective life sympathetic... Sontag offers a thoroughly researched chronicle of an unparalleled American figure and the institutions tied to her... deft and sometimes dishy

The definitive portrait of one of the twentieth century's most towering figures- her writing and her radical thought, her public activism and her private face.