The Genius Of Judaism

Bernard-Henri Levy and Steven B. Kennedy 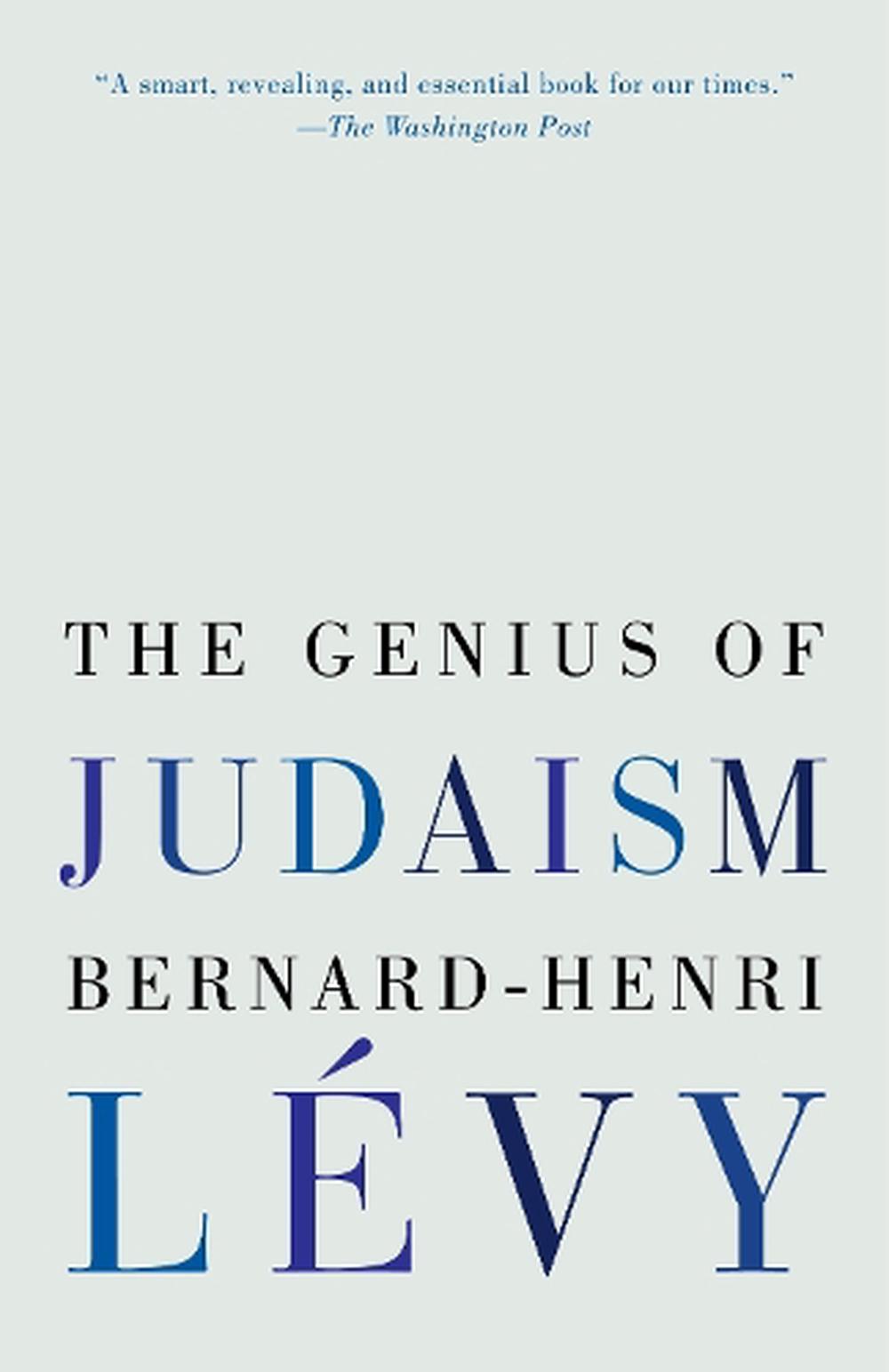 In The Genius of Judaism Europe's foremost philosopher and activist confronts his own spiritual roots and the religion that has always inspired and shaped him - but that he has never fully reckoned with. The result is a breathtaking new vision and understanding of Judaism and what it means to be a Jew, a vision rooted in Talmudic traditions of argument and conflict, rather than Biblical commandment. A vision borne out by struggle and study, not blind observance. A vision based on an obligation to the other, to the dispossessed, and to the forgotten- a vision that Levy himself sought to embody over decades of championing "lost causes," from Bosnia, to Africa's forgotten wars, to Libya, and to the Kurdish Peshmerga's desperate fight against ISIL, a battle raging as we speak.

Taking us from a fresh, surprising critique of an Anti-Semitism Levy sees on the rise, in a new and stealthy form, to a provocative defense of Israel from the left, to a secret history of the Jewish roots of Western democratic ideals, and a call to confront the current Islamist threat while intellectually dismantling it, Levy explains how Jews are not a "chosen people" but a "treasure" whose spirit continues to - and must - inform moral thinking and courage today.

BERNARD-HENRI LEVY is a philosopher, journalist, activist, and filmmaker. Among his dozens of books are American Vertigo, Barbarism with a Human Face, and Who Killed Daniel Pearl? His writing has appeared in a wide range of publications throughout Europe and the United States. His films include the documentaries Bosna! and A Day in the Death of Sarajevo. Levy is co-founder of the antiracist group SOS Racism and has served on diplomatic missions for the French government.

"In The Genius of Judaism, L vy elaborates on his credo by rebutting the pernicious and false logic behind current anti-Semitism and defends Israel as the world's most successful multi-ethnic democracy created from scratch. L vy also makes the case for France's Jews being integral to the establishment of the French nation, the French language, and French literature. And last, but certainly not least, he presents a striking interpretation of the Book of Jonah. . . . A tour de force."--Forbes "Ardent . . . L vy's message is essentially uplifting: that the brilliant scholars of Judaism, the authors of the Talmud, provide elucidation into 'the great questions that have stirred humanity since the dawn of time.' . . . A philosophical celebration of Judaism."--Kirkus Reviews

"L vy (Left in Dark Times), a prominent French journalist and politically engaged philosopher, turns his observations inward here, pondering the teachings of Judaism and the role they have played in contemporary European history as well as in his own life and intellectual inquiry. . . . [L vy's] musings on the meaning of the story of Jonah and the relevance of symbolic Ninevahs in our time are both original and poetic. . . . A welcome addition to his oeuvre."--Publishers Weekly

"Continually asking himself as well as others to confront the hard questions, [L vy] produces a text that [is] highly absorbing."--The New York Times Book Review

"An entertaining trip, as much in the tradition of Jack Kerouac as Tocqueville."--The New York Times

"It's difficult to remember when a writer of any nationality so clearly and thoughtfully delineated both the good and bad in America. [Grade: A]."--Entertainment Weekly