Pygmalion: A Romance in Five Acts

PUBLISHED: 28th February 2003
ISBN: 9780141439501
ANNOTATION:
Shaw's expos of the British class system—featuring the enduring characters of Professor Henry Higgins and the "gutter-snipe" Eliza Doolittle he vows to turn into a lady—remains his most popular play. Includes Shaw's Preface and "sequel." 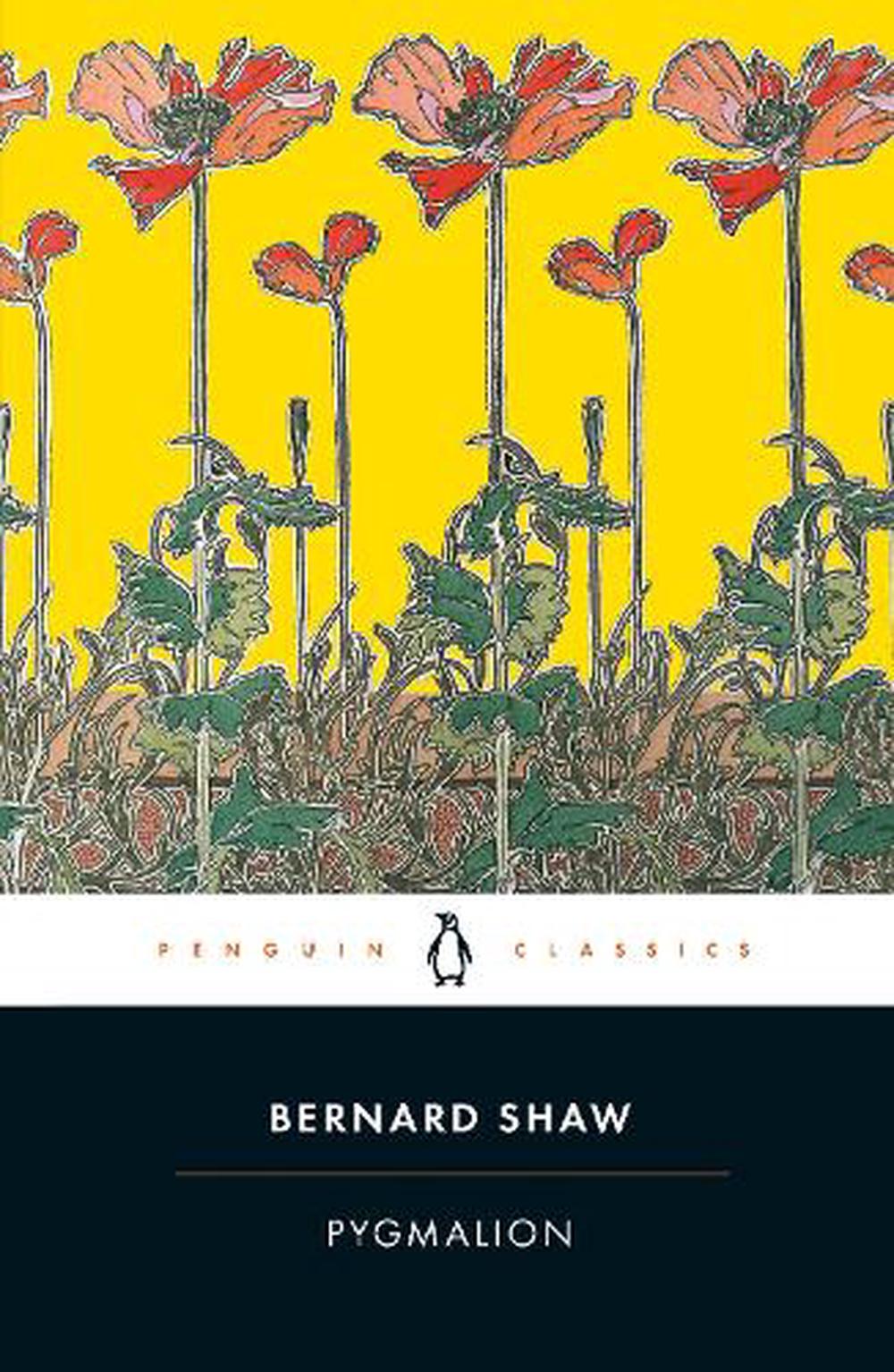 OTHER FORMATS:
PUBLISHED: 28th February 2003
ISBN: 9780141439501
ANNOTATION:
Shaw's expos of the British class system—featuring the enduring characters of Professor Henry Higgins and the "gutter-snipe" Eliza Doolittle he vows to turn into a lady—remains his most popular play. Includes Shaw's Preface and "sequel."

Shaw's expos of the British class system—featuring the enduring characters of Professor Henry Higgins and the "gutter-snipe" Eliza Doolittle he vows to turn into a lady—remains his most popular play. Includes Shaw's Preface and "sequel."

Shaw wrote the part of Eliza Doolittle—'an east-end dona with an apron and three orange and red ostrich feathers'—for Mrs Patrick Campbell, with whom he had a passionate but unconsummated affair. From the outset the play was a sensational success, although Shaw, irritated by its popularity at the expense of his artistic intentions, dismissed it as a potboiler. The Pygmalion of legend falls in love with his perfect female statue and persuades Venus to bring her to life so that he can marry her. But Shaw radically reworks Ovid's tale to give it a feminist slant: while Higgins teaches Eliza to speak and act like a duchess, she also asserts her independence, adamantly refusing to be his creation.

A brilliantly witty exposure of the British class system, it is, as Nicholas Grene comments in his Introduction, 'the wonderful inventiveness of its comedy, the force of what it still has to say to us, and the light playfulness of tone with which it is said', that ensures that Pygmalion continues to entertain us.

George Bernard Shaw was born in Dublin in 1856. Although essentially shy, he created the persona of G. B. S., the showman, satirist, controversialist, critic, pundit, wit, intellectual buffoon and dramatist. Commentators brought a new adjective into English- Shavian, a term used to embody all his brilliant qualities.

After his arrival in London in 1876 he became an active Socialist and a brilliant platform speaker. He wrote on many social aspects of the day- on Common Sense about the War (1914), How to Settle the Irish Question (1917) and The Intelligent Woman's Guide to Socialism and Capitalism (1928). He undertook his own education at the British Museum and consequently became keenly interested in cultural subjects. Thus his prolific output included music, art and theatre reviews, which were collected into several volumes such as Music in London 1890 - 1894 (3 vols, 1931); Pen Portraits and Reviews (1931); and Our Theatres in the Nineties (3 vols, 1931). He also wrote five novels and some shorter fiction, including The Black Girl in Search of God and Some Lesser Tales and Cashel Byron's Profession, both published in Penguin's Bernard Shaw Library.

He conducted a strong attack on the London theatre and was closely associated with the intellectual revival of British theatre. His plays fall into several categories- 'Plays Pleasant'; 'Plays Unpleasant'; c

By the Winner of the Nobel Prize in Literature "[Shaw] did his best in redressing the fateful unbalance between truth and reality, in lifting mankind to a higher rung of social maturity. He often pointed a scornful finger at human frailty, but his jests were never at the expense of humanity." --Thomas Mann

"Shaw will not allow complacency; he hates second-hand opinions; he attacks fashion; he continually challenges and unsettles, questioning and provoking us even when he is making us laugh. And he is still at it. No cliche or truism of contemporary life is safe from him." --Michael Holroyd

"In his works Shaw left us his mind. . . . Today we have no Shavian wizard to awaken us with clarity and paradox, and the loss to our national intelligence is immense." --The Sunday Times

"He was a Tolstoy with jokes, a modern Dr. Johnson, a universal genius who on his own modest reckoning put even Shakespeare in the shade." --The Independent

"His plays were superb exercises in high-level argument on every issue under the sun, from feminism and God, to war and eternity, but they were also hits--and still are." --The Daily Mail