PUBLISHED: 8th November 2012
ISBN: 9781449433253
ANNOTATION:
A four-volume slipcase paperback edition of the original groundbreaking collection featuring the adventures of Calvin and his pet tiger, Hobbes. Includes every "Calvin & Hobbes" cartoon that ever appeared in syndication. 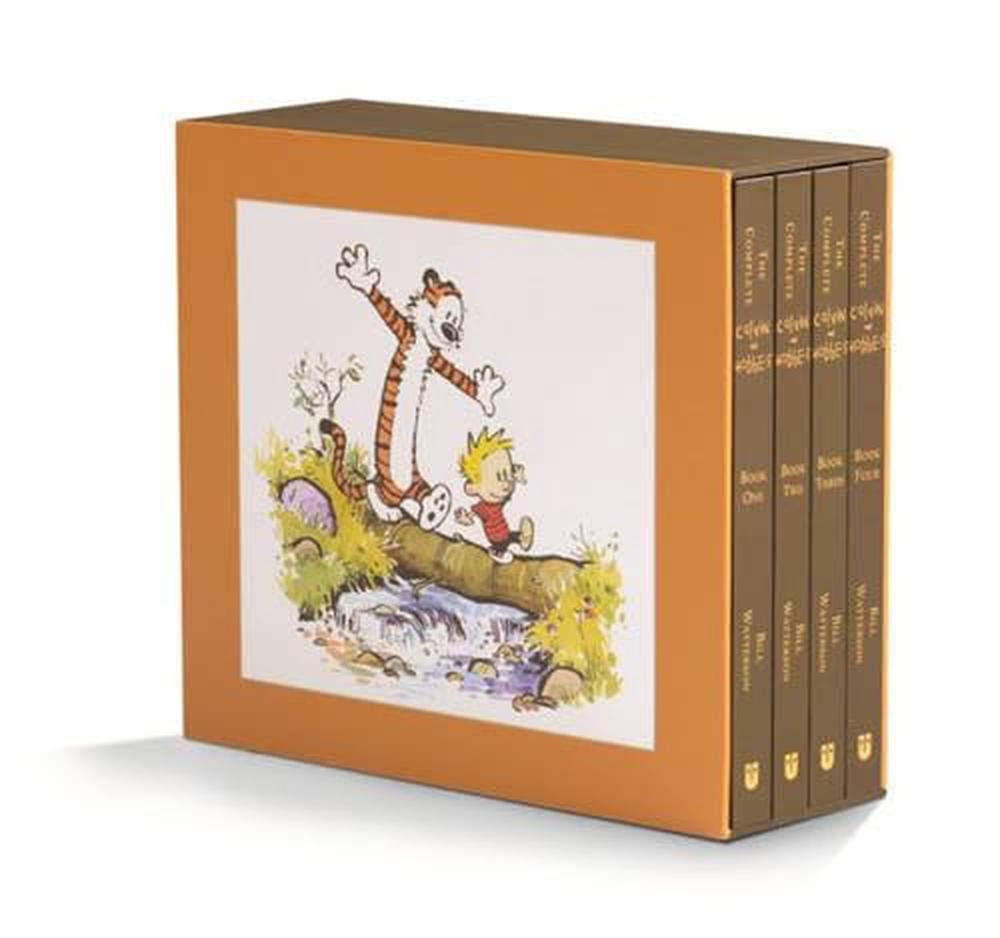 OTHER FORMATS:
PUBLISHED: 8th November 2012
ISBN: 9781449433253
ANNOTATION:
A four-volume slipcase paperback edition of the original groundbreaking collection featuring the adventures of Calvin and his pet tiger, Hobbes. Includes every "Calvin & Hobbes" cartoon that ever appeared in syndication.

A four-volume slipcase paperback edition of the original groundbreaking collection featuring the adventures of Calvin and his pet tiger, Hobbes. Includes every "Calvin & Hobbes" cartoon that ever appeared in syndication.

"From 1985 until Watterson abandoned it at the height of its popularity 10 years later, "Calvin and Hobbes "echoed the classic strips the artist most admired. Stirring the richly conceived characters and efficient drawing of "Peanuts" with the visual virtuosity and linguistic playfulness of "Pogo" and "Krazy Kat," he applied his intelligence and supple cartoon skills to come up with a creation beloved by the millions who still mourn its passing. Now, a decade after his demise, six-year-old Calvin has a fitting monument—a lavishly produced . . . boxed collection of all the strips."

"Watterson's imaginative approach to his material and his inventive graphics have made "Calvin and Hobbes" one of the few universally admired by other cartoonists." —Charles Solomon, "Los Angeles Times Book Review"

"A student of comics, Watterson drew from an eclectic set of influences...The result was a strip that was vibrant, accessible, and beautiful." (Jake Rossen, Mental Floss) "Bill Watterson's 'Calvin and Hobbes,' easily one of the most beloved comic strips of all time..." (Bryan Hood, New York Post) "At some level, all American childhoods are the same, which probably explains our lasting love affair with Calvin and Hobbes." (Timothy R. Smith, The Washington Post)