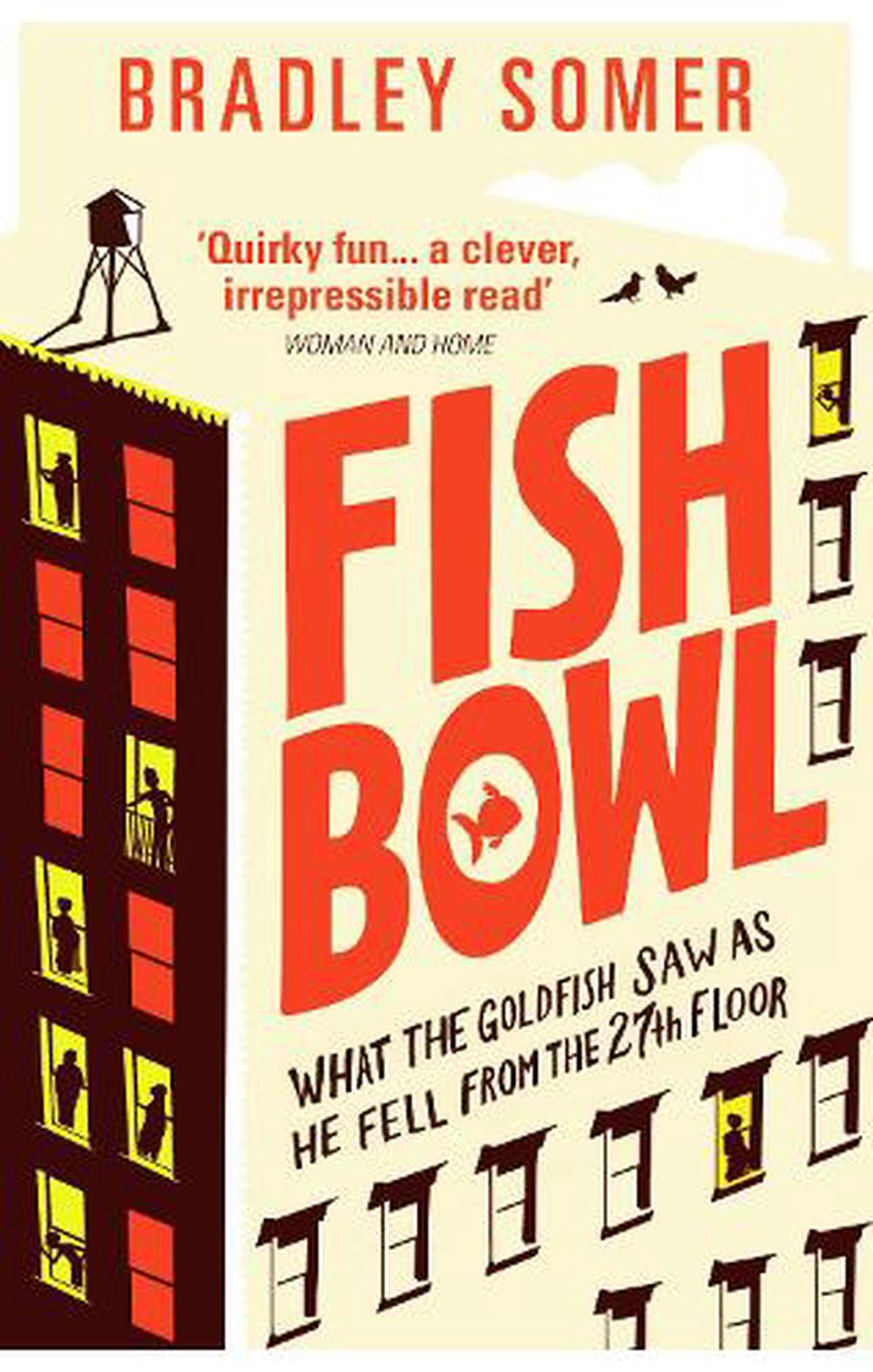 PUBLISHED: 31st March 2016
ISBN: 9780091956936
ANNOTATION:
Even a goldfish can dream of adventure... From his enviable view from a balcony on the 27th floor of an apartment block, Ian the Goldfish has frequent - if fleeting - desires for a more exciting life.
$28.00
Or pay later with

OTHER FORMATS:
PUBLISHED: 31st March 2016
ISBN: 9780091956936
ANNOTATION:
Even a goldfish can dream of adventure... From his enviable view from a balcony on the 27th floor of an apartment block, Ian the Goldfish has frequent - if fleeting - desires for a more exciting life.

Even a goldfish can dream of adventure... From his enviable view from a balcony on the 27th floor of an apartment block, Ian the Goldfish has frequent - if fleeting - desires for a more exciting life.

Even a goldfish can dream of adventure...

From his enviable view from a balcony on the 27th floor of an apartment block, Ian the Goldfish has frequent - if fleeting - desires for a more exciting life. Until one day, a series of unfortunate events give him an opportunity to escape...

Our story begins, however, with the human inhabitants of Ian's building. There is the handsome student, his girlfriend, and his mistress; an agoraphobic sex worker, the invisible caretaker; the pregnant woman on bed rest; and the home-schooled boy, Herman, who thinks he can travel through time.

And as Ian tumbles perilously downwards, he will witness all their lives, loves, triumphs and disasters...

A truly original, philosophically joyful and charming novel with the unlikeliest of heroes. This is Tales of the City as seen by a goldfish.

Bradley Somer was born in Sydney, Australia and grew up in Canada. His short fiction has appeared in literaryjournals, reviews and anthologies.

What other book can boast a goldfish as both the protagonist and eyewitness to the characters, dramas and events that unfold? Bradley Somer's engaging UK debut novel, Fishbowl, does just that, taking the reader on a unique journey of escapism. Culture Fly I loved the whimsy in "Fishbowl." The characters are imaginative and bright, yet still clearly fiction. The Daily Reporter a very unconventional exploration of human foibles... Fishbowl is a marvellous portrayal of the tentative - and often funny - ways human beings muddle about trying to connect with one another. The Toronto Star The quaint lesson of Mr. Somer's bagatelle is that people should take flight from the narrow confines of their fears and find adventure in the wider world of others. That, and get their bored fish a companion or two. The Wall Street Journal Somer writes with game-changing empathy and curiosity. [He] tackles loneliness, life, love and death with wit and sensitivity, and the novel's message - that "no single person lives their own life; we all live each other's together" - is one that warrants repeating, even at a goldfish's rate of recollection. The Globe and Mail Take the tumble with Ian. Perhaps like me you will fall, end over end, through these pages: expectant, engaged, enthused, curious, entranced, alarmed. Bradley Somer's captivating first novel is a delight -- Laura McBride author of the #1 Indie Next Pick We Are Called to Rise Although Ian has only a goldfish's seconds-long capacity for memory, readers will find themselves returning to the essential truths of Somer's characters again and again American Bookseller's Association Enjoyable touches of farce and wry asides abound, underscoring moments of reckoning in eccentric, yet deeply human, dilemmas Publisher's Weekly Touching and well-written. Kirkus Fishbowl boasts an abundance of mordant whimsy -- James Morrow author of Galapagos Regained An irrepressible novel-breezy, funny, sexy, and bursting with life. Bradley Somer has enormous affection and empathy for his cast of all-too-human characters (including the goldfish named Ian). -- Tom Perrotta Quirky fun...I couldn't help falling (sorry!) for such a clever, irrepressible read Woman and Home Brilliant and quirky Sun on Sunday, Fabulous Magazine To decide to weave an intricate ensemble tale around the everyday lives, hopes and desires of those who occupy a high-rise apartment block is ambitious. To then decide that the hero of the story will be a philosophical goldfish - and that the novel's ending will be given away inside the opening chapter - is just plain ballsy. But Canadian writer Bradley Somer pulls off the feat with ease. Shortlist You'll fall in love with this great book and its quirky characters Bella Refreshingly original...quirky and colourful - if you want something different and unexpected to read this summer, this is definitely a break from the norm. *** Heat Magazine Quirky, ambitious, with a touch of serendipity Red Magazine Amazing Cosmopolitan *