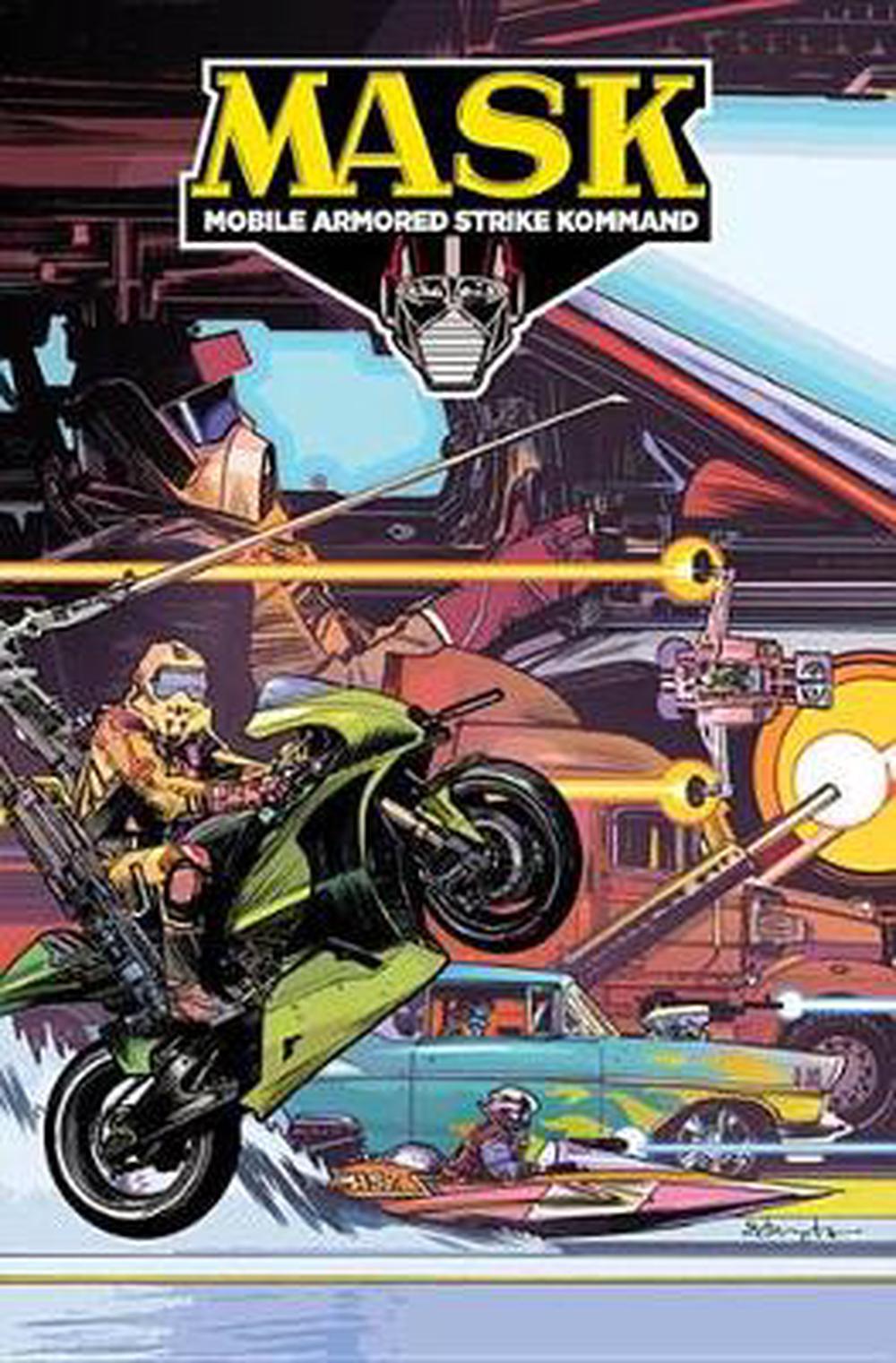 Launching from the events of REVOLUTION! The M.A.S.K. team streaks into a dangerous, unstable landscape of dark wars, high intrigue and non-stop action where they'll encounter the nearly unstoppable threat of Miles Mayhem and his black ops squadron known as V.E.N.O.M. How will an untested Matt Trakker lead M.A.S.K. through a complex new world order where nothing is what it seems? Collects the M.A.S.K. Revolution One-Shot and issues #1-5 of the series.

Brandon M. Easton is a professional writer, screenwriter, and educator based in Los Angeles, CA. Born and raised in Baltimore, MD, Easton is a graduate of Ithaca College where he earned a B.A. in Sociology, Boston University where he earned an M.F.A in Screenwriting and Lehman College where he earned a Masters of Education in History. After teaching U.S. History and Economics in the Bronx and Harlem, New York for six years, he decided to go for his screenwriting dreams in Hollywood and scored a gig on Warner Bros. new ThunderCats TV series and Hasbro's new show Transformers- Rescue Bots.