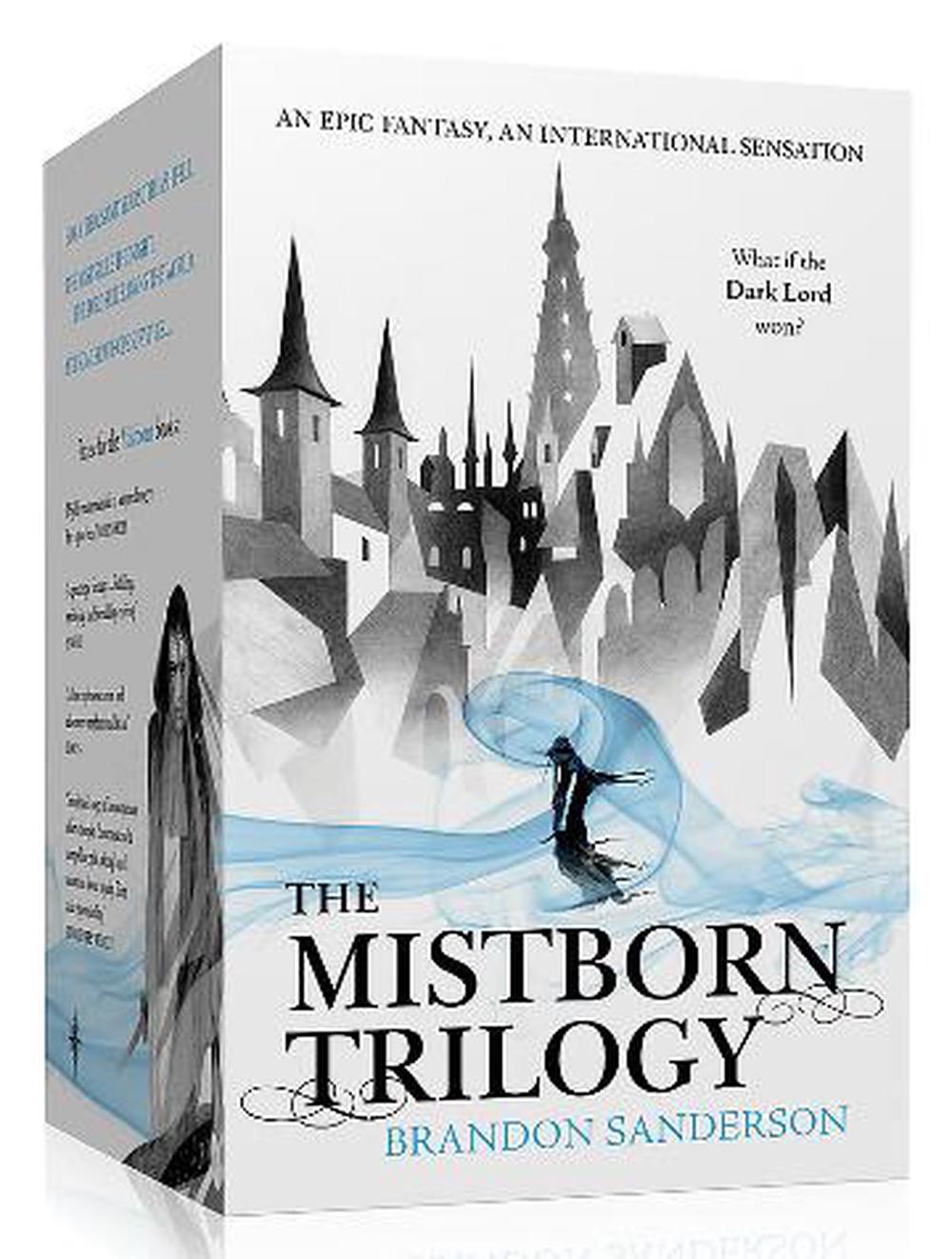 A boxed set of the landmark fantasy from Brandon Sanderson, the man credited with breathing fresh life into Robert Jordan's WHEEL OF TIME.An epic fantasy set in a world where the Dark Lord has gained dominion over the world.A world of ash and pain. A world subjugated. But a world where magic can be drawn from metals. A world waiting for a new heroine, a new hope.A word of mouth bestseller in the USA Brandon Sanderson's Mistborn trilogy have now become a massive hit in the UK, introducing readers to the work of one of the genre's great talents. A master of world building, sweeping plots, believable characters and engrossing magic systems.

Brandon Sanderson was born in Nebraska in 1975. Since then he has written, amongst others The Mistborn books and begun the internationally bestselling Stormlight Archive. He was also chosen by Robert Jordan's family to complete Jordan's Wheel of Time Sequence. He lives in Utah.Visit his website at , follow him on Twitter at and like him on Facebook at Read his blogs at and

By Leigh
you like the stormlight archive?? get it
By Sebastien