PUBLISHED: 5th April 2016
ISBN: 9781401261337
ANNOTATION:
A mysterious agent named Graves approaches ordinary citizens and gives them an opportunity to exact revenge on a person who has wronged them. 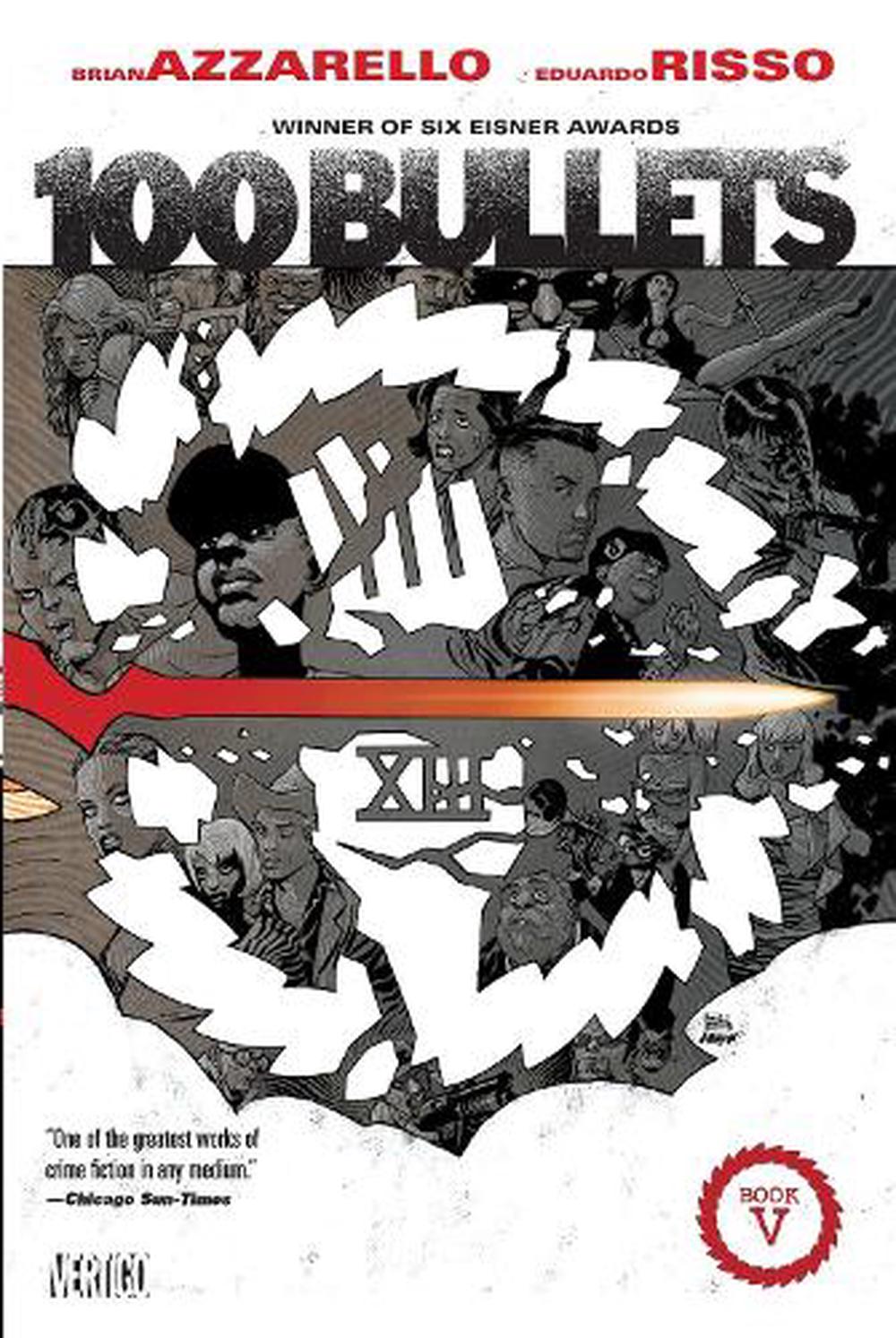 OTHER FORMATS:
PUBLISHED: 5th April 2016
ISBN: 9781401261337
ANNOTATION:
A mysterious agent named Graves approaches ordinary citizens and gives them an opportunity to exact revenge on a person who has wronged them.

A mysterious agent named Graves approaches ordinary citizens and gives them an opportunity to exact revenge on a person who has wronged them.

This dark and intriguing Eisner Award-winning series features a mysterious agent named Graves who approaches ordinary citizens and gives them an opportunity to exact revenge on a person who has wronged them. Offering his clients an attache case containing proof of the deed and a gun, he guarantees his "clients" full immunity for all of their actions, including murder. In this final volume, Graves, the Minutemen and the mysterious cabal behind them all collide with a bloody, stunning ending. This volume collects issues #81-100 of the original series.

Brian Azzarello has been writing comics professionally since the mid-1990s. He is the author of JONNY DOUBLE, BATMAN: BROKEN CITY and the Harvey and Eisner Award-winning 100 BULLETS, all created in collaboration with artist Eduardo Risso. The New York Times best-selling author's other work for DC includes the titles HELLBLAZER and LOVELESS (both with Marcelo Frusin), SUPERMAN: FOR TOMORROW (with Jim Lee), JOKER and LUTHOR (both with Lee Bermejo), SGT. ROCK: BETWEEN HELL AND A HARD PLACE (with Joe Kubert), FILTHY RICH (with Victor Santos), and most recently the all-new ongoing series WONDER WOMAN (with Cliff Chiang). He also wrote the Richard Corben-illustrated graphic novels Cage and Banner for Marvel Comics. Azzarello lives in Chicago with his wife, artist Jill Thompson, and twitters only when he has something to say.

"100 BULLETS is to crime comics as The Wire is to cop shows. That is, they both reached the pinnacle of their respective genres and then went on to transcend them altogether." --Chicago Sun-Times "A roller-coaster ride... those who have been following the series all along aren't likely to be disappointed by the endgame." -- The Onion "Since its inception, the stars have aligned to enable Azzarello's labyrinthine revenge/noir series to evolve into one of the most memorable comics in recent years." -- Newcity Chicago "All the pieces fall into place in the greater mosaic of the series, where justice and retribution are nothing but ephemeral fantasies for the pawns in a game of power." -- Washington Post Book World "It's difficult to imagine a more perfectly executed finish to this long-form narrative." -- Comic Book Resources