A Spy For The Redeemer

PUBLISHED: 5th October 2000
ISBN: 9780099277972
ANNOTATION:
Owen Archer, ex-soldier and spy, is preparing to depart Wales, his work for John of Gaunt completed. Increasingly desperate, she accepts the company of a stranger, who proves invaluable when they face danger.Angered by Owen's prolonged absence, aware of malicious rumours, John Thoresby, Archbishop of York, orders his return. 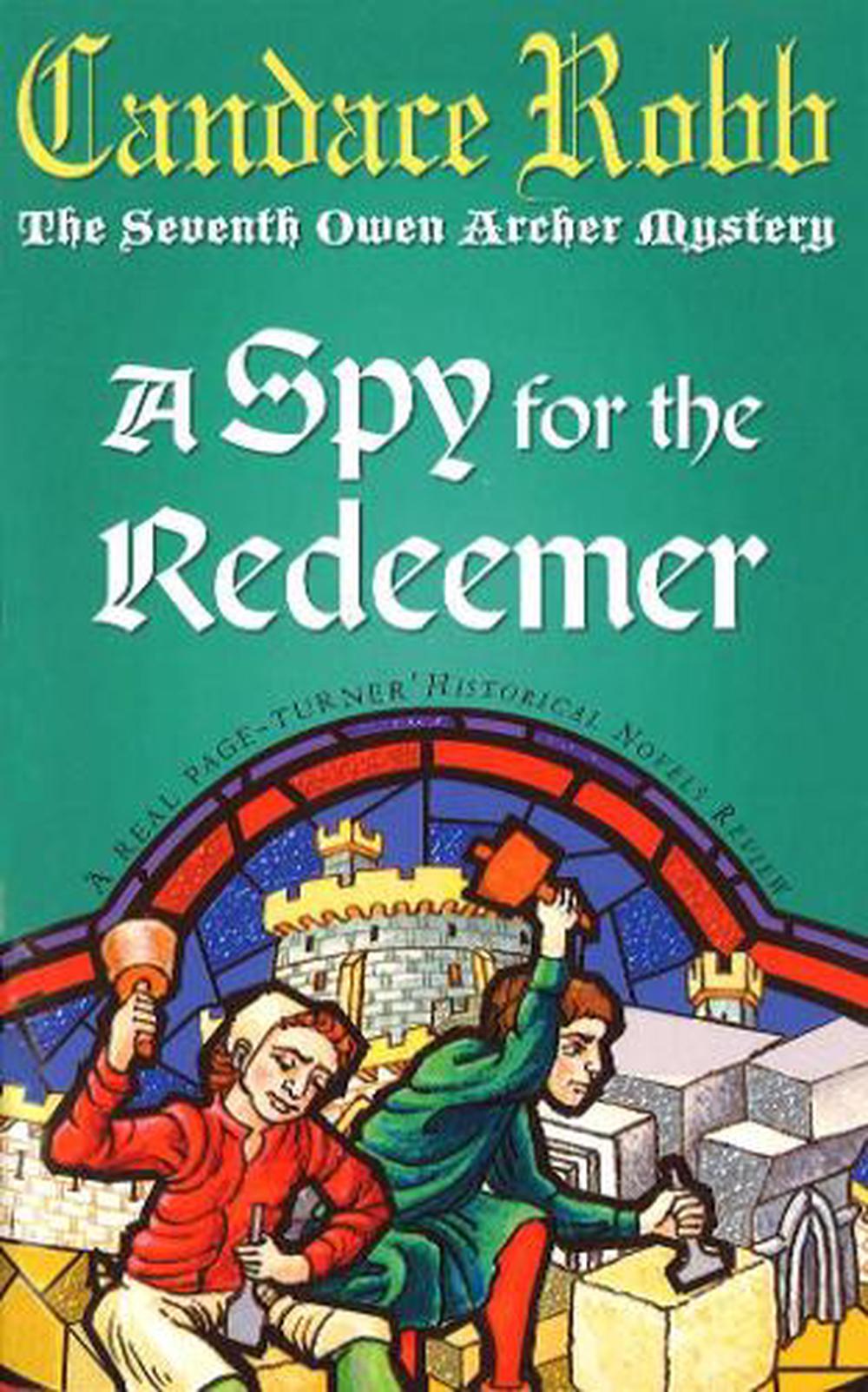 OTHER FORMATS:
PUBLISHED: 5th October 2000
ISBN: 9780099277972
ANNOTATION:
Owen Archer, ex-soldier and spy, is preparing to depart Wales, his work for John of Gaunt completed. Increasingly desperate, she accepts the company of a stranger, who proves invaluable when they face danger.Angered by Owen's prolonged absence, aware of malicious rumours, John Thoresby, Archbishop of York, orders his return.

Owen Archer, ex-soldier and spy, is preparing to depart Wales, his work for John of Gaunt completed. Increasingly desperate, she accepts the company of a stranger, who proves invaluable when they face danger.Angered by Owen's prolonged absence, aware of malicious rumours, John Thoresby, Archbishop of York, orders his return.

Early Summer 1371, and Owen Archer, originally in Wales on political duties, has been delayed by the death of his father-in-law. While trying to arrange safe passage to York, a stonemason working for him is murdered. The shadow of suspicion falls on the family he was to sail with and his hopes of departure fade. His time in Wales has aroused doubts and divided his loyalties and Owen is tempted by the Welsh Rebel's cause. Meanwhile, Owen's wife Lucie, York's Apothecary, is disheartened by her husband's long absence and dsitraught to learn of her father's death. When her father's manor is brutally attacked, Lucie hires an unknown stranger to steward. But is he trustworthy? Or is he part of the political struggle unfolding in Yorks' midst?

Candace Robb has read and researched medieval history for many years, having studied for a Ph.D in Medieval and Anglo-Saxon Literature. She is the author of nine Owen Archer novels and three Margaret Kerr Mysteries.

Robb should have subtitled her seventh medieval puzzler "An Owen Archer and Lucie Wilton Mystery," as husband and wife face an equal number of trials and tribulations. Owen is back in his native Wales when the father-in-law who'd been accompanying him dies after receiving a vision at the shrine of St. Non's Well. Arranging for Sir Robert's tomb delays Owen's return to England. Then Cynog, the mason sculpting Sir Robert's portrait, apparently hangs himself, prolonging the delay. When the Archdeacon of St. David's demands that Owen investigate Cynog's death, the delay looks as if it may last forever. As Owen, far from the settled life he leads in England, sorts out power struggles among the English, Welsh, and French, he is drawn to the rebel cause. While her husband flirts with conspirators, Lucie faces temptations no less complex. Her widowed neighbor, Roger Moreton, gives her support when an apothecary customer accuses Lucie of poisoning her. Moreton also lends his mysterious new steward, Harold Galfrey, to Lucie when she must go to her father's estate and help her ailing aunt cope with Sir Robert's death and an armed robbery. Among Lucie's other challenges are a senile aunt plagued by a lost document, her servant's love for her aunt's wounded steward, and her son's adolescence. When Owen finally returns, the couple reunites amid confusion and violence. Even Homer spared Penelope from forever unraveling knots. Now that Owen is home, pray that Robb (A Gift of Sanctuary, 1998, etc.) will find less distracting and complicated plots for her heroic pair. (Kirkus Reviews)