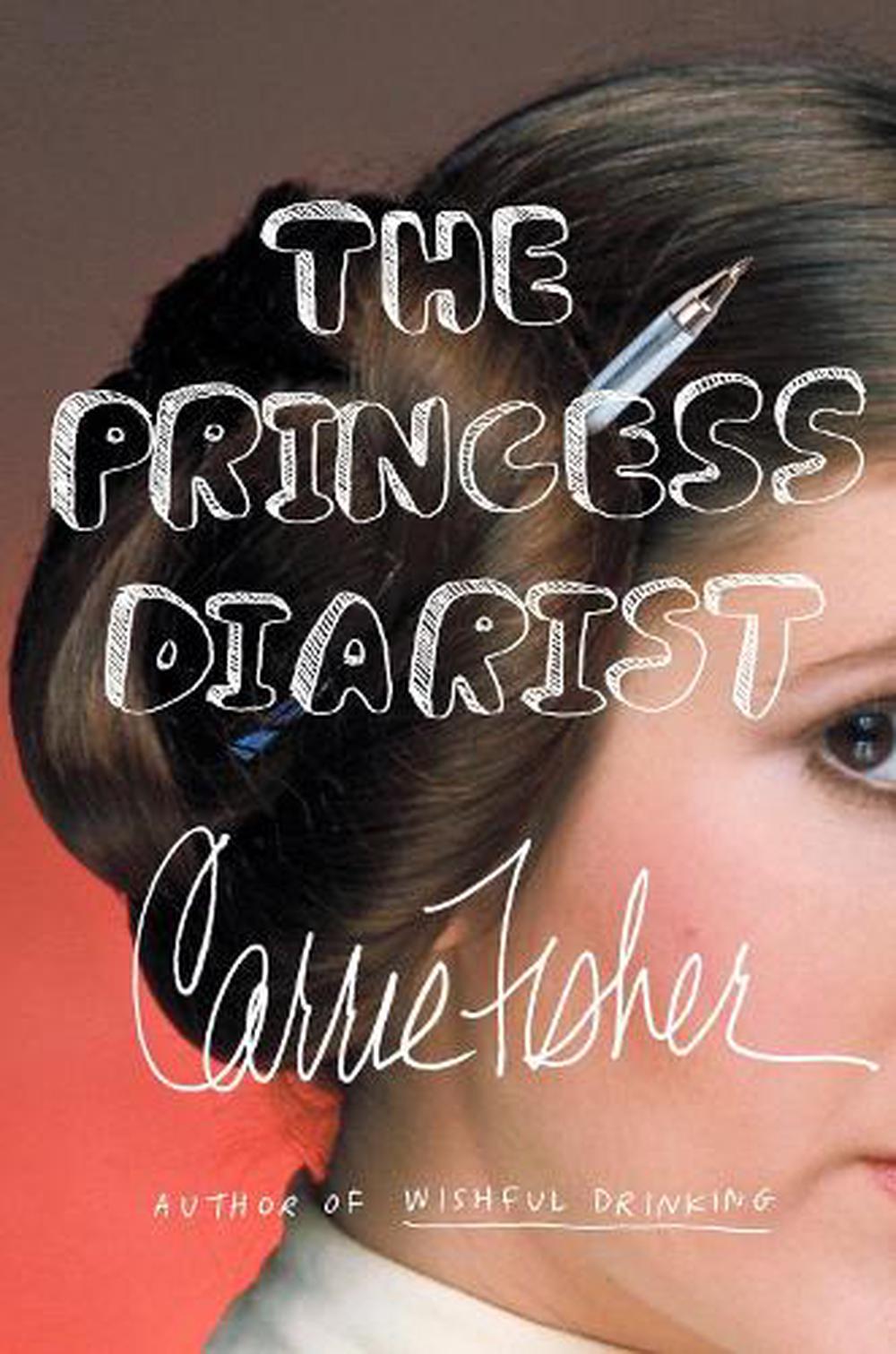 The Princess Diarist is Carrie Fisher’s intimate, hilarious and revealing recollection of what happened behind the scenes on one of the most famous film sets of all time, the first Star Wars movie. Named a PEOPLE Magazine Best Book of Fall 2016 A New York Times Bestseller *

When Carrie Fisher recently discovered the journals she kept during the filming of the first Star Wars movie, she was astonished to see what they had preserved—plaintive love poems, unbridled musings with youthful naiveté, and a vulnerability that she barely recognized. Today, her fame as an author, actress, and pop-culture icon is indisputable, but in 1977, Carrie Fisher was just a teenager with an all-consuming crush on her costar, Harrison Ford.

With these excerpts from her handwritten notebooks, The Princess Diarist is Fisher’s intimate and revealing recollection of what happened on one of the most famous film sets of all time—and what developed behind the scenes. Fisher also ponders the joys and insanity of celebrity, and the absurdity of a life spawned by Hollywood royalty, only to be surpassed by her own outer-space royalty. Laugh-out-loud hilarious and endlessly quotable, The Princess Diarist brims with the candor and introspection of a diary while offering shrewd insight into the type of stardom that few will ever experience.

Carrie Fisher, the daughter of Debbie Reynolds and Eddie Fisher, became an icon when she starred as Princess Leia in the original"Star Wars" trilogy. Her star-studded career includes roles in numerous films such as "The Blues Brothers "and "When Harry Met Sally". She is the author of five bestselling books: "Wishful Drinking"?which lead to?a?hit Broadway production of the same name?"Surrender the Pink", "Delusions of Grandma", "The Best Awful", and "Postcards from the Edge", ?the?basis for the popular?film starring Shirley MacLaine and Meryl Streep. In 2009, she was nominated for a Grammy awar