Beauty and the Terror

ISBN: 9781847925107
ANNOTATION:
In fact, many of the most celebrated artists and thinkers that have come to define the Renaissance - Leonardo and Michelangelo, Raphael and Titian, Machiavelli and Castiglione - emerged not during the celebrated 'rebirth' of the fifteenth century but amidst the death and destruction of the sixteenth century. 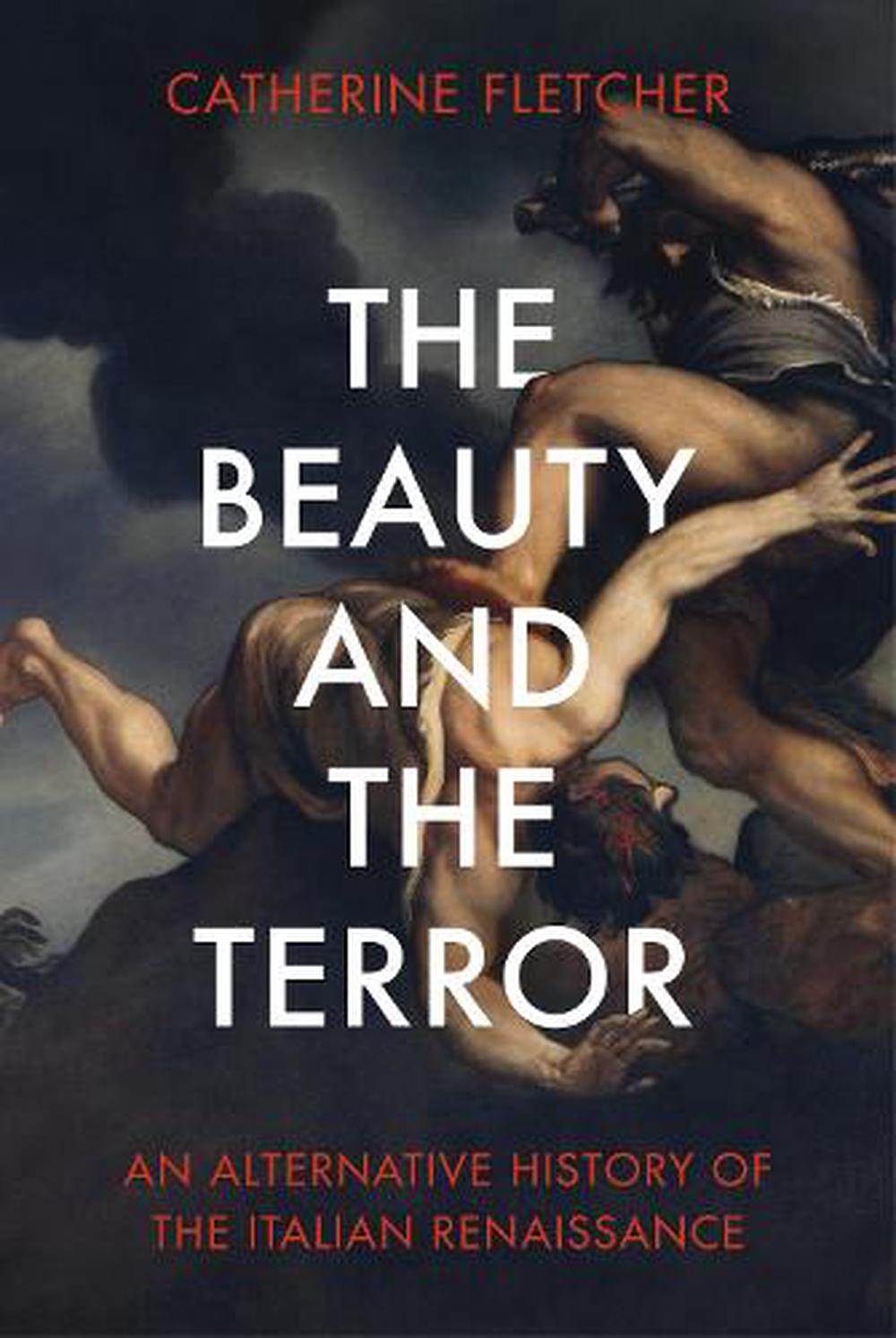 OTHER FORMATS:
ISBN: 9781847925107
ANNOTATION:
In fact, many of the most celebrated artists and thinkers that have come to define the Renaissance - Leonardo and Michelangelo, Raphael and Titian, Machiavelli and Castiglione - emerged not during the celebrated 'rebirth' of the fifteenth century but amidst the death and destruction of the sixteenth century.

In fact, many of the most celebrated artists and thinkers that have come to define the Renaissance - Leonardo and Michelangelo, Raphael and Titian, Machiavelli and Castiglione - emerged not during the celebrated 'rebirth' of the fifteenth century but amidst the death and destruction of the sixteenth century.

'Brilliant and gripping, here is the full true Renaissance in a history of compelling originality and freshness' SIMON SEBAG MONTEFIORE

The Italian Renaissance shaped western culture - but it was far stranger and darker than many of us realise.

We revere Leonardo da Vinci for his art but few now appreciate his ingenious designs for weaponry. We know the Mona Lisa for her smile but not that she was married to a slave-trader. We visit Florence to see Michelangelo's David but hear nothing of the massacre that forced the republic's surrender. In focusing on the Medici in Florence and the Borgias in Rome, we miss the vital importance of the Genoese and Neapolitans, the courts of Urbino and Mantua. Rarely do we hear of the women writers, Jewish merchants, the mercenaries, engineers, prostitutes, farmers and citizens who lived the Renaissance every day.

In fact, many of the most celebrated artists and thinkers that have come to define the Renaissance - Leonardo and Michelangelo, Raphael and Titian, Machiavelli and Castiglione - emerged not during the celebrated 'rebirth' of the fifteenth century but amidst the death and destruction of the sixteenth century. For decades, a series of savage wars dominated Italy's political, economic and daily life, generating fortunes and new technologies, but also ravaging populations with famine, disease and slaughter. In this same short time, the birth of Protestantism, Spain's colonisation of the Americas and the rise of the Ottoman Empire all posed grave threats to Italian power, while sparking debates about the ethics of government and enslavement, religious belief and sexual morality.

In The Beauty and the Terror, Catherine Fletcher provides an enrapturing narrative history that brings all of this and more into view. Brimming with life, it takes us closer than ever before to the lived reality of this astonishing era and its meaning for today.

Catherine Fletcher is a historian of Renaissance and early modern Europe. Her previous books include The Black Prince of Florence- The Spectacular Life and Treacherous World of Alessandro de' Medici and The Divorce of Henry VIII- The Untold Story. Catherine is Professor of History at Manchester Metropolitan University and broadcasts regularly for the BBC.

Fletcher's expertise is enviable ... she knows better than anyone else just how treacherous a time and place it was. At its best, The Beauty and the Terror is as enlightening as you might hope: a chapter tracing early modern ambivalence about the rise of handguns ... is exactly the alternative history you might wish for, as are the sections on slavery, sexual mores and pornography -- Tim Smith-Laing Daily Telegraph A story of alliances, betrayals, sacks, sieges, famines, assassinations and gruesomely ingenious tortures ... Fletcher navigates this difficult terrain with great skill. She creates atmosphere and drama without any surrendering of clarity... A powerful book -- Charles Nicholl Guardian Richly well-informed and admirably well-written, containing material of real interest on every page ... has added a wealth of information that will be new to most of us -- Noel Malcolm Sunday Telegraph Impressive and lucid ... Fletcher's narration excels in such colourful details ... a scholarly, but vivid history that shows the impact that the machinations of the great, good and not so good had on the insignificant ... a persuasive account of how Italy was brought low even as the culture floated high -- Michael Prodger The Times Terrifying and fascinating ... If you thought the Renaissance was all about beautiful pictures and the 'rediscovery' of Classical writing, you are quite wrong ... The Beauty and the Terror dismantles our assumptions about the Renaissance with the precision of a wheellock arquebus ... an ambitious, multifocal book, encompassing more than 150 years [that] shine[s] a light on figures often forgotten in conventional histories -- Mary Wellesley Sunday Times