The Ascent of Humanity: Civilization and the Human Sense of Self

ISBN: 9781583945353
ANNOTATION:
"An exploration of the history and future of civilization, tracing the converging crises of our age to a common source: the ideology of the discrete and separate self"--Provided by publisher. 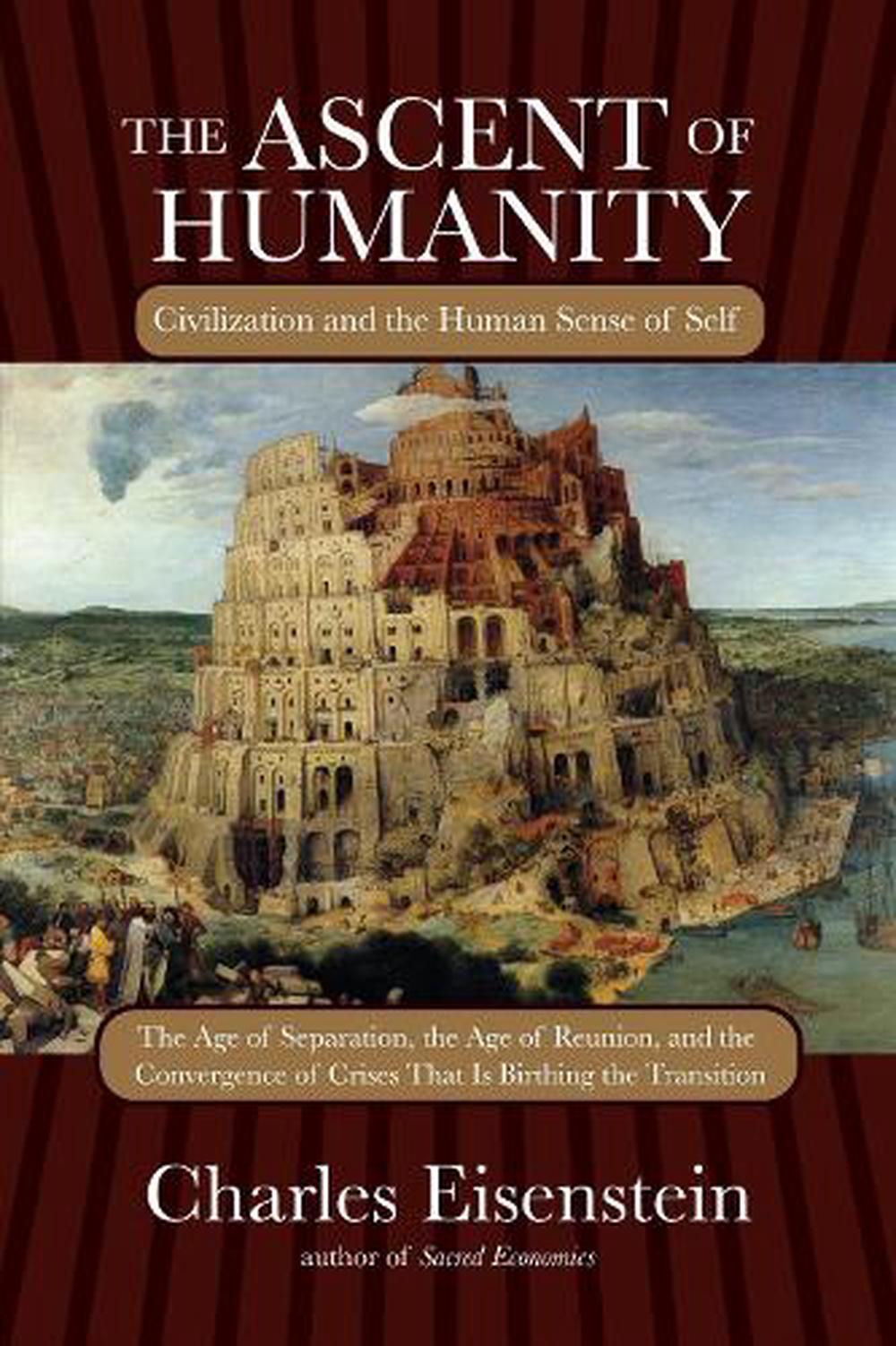 OTHER FORMATS:
ISBN: 9781583945353
ANNOTATION:
"An exploration of the history and future of civilization, tracing the converging crises of our age to a common source: the ideology of the discrete and separate self"--Provided by publisher.

"An exploration of the history and future of civilization, tracing the converging crises of our age to a common source: the ideology of the discrete and separate self"--Provided by publisher.

Charles Eisenstein explores the history and potential future of civilization, tracing the converging crises of our age to the illusion of the separate self. In this landmark book, Eisenstein argues that our disconnection from one another and the natural world has mislaid the foundations of science, religion, money, technology, economics, medicine, and education as we know them. It has fired our near-pathological pursuit of technological Utopias even as we push ourselves and our planet to the brink of collapse. Fortunately, an Age of Reunion is emerging out of the birth pangs of an earth in crisis. Our journey of separation hasn't been a terrible mistake but an evolutionary process and an adventure in self-discovery. Even in our darkest hour, Eisenstein sees the possibility of a more beautiful world--not through the extension of millennia-old methods of management and control but by fundamentally reimagining ourselves and our systems. We must shift away from our Babelian efforts to build ever-higher towers to heaven and instead turn out attention to creating a new kind of civilization--one designed for beauty rather than height. Breathtaking in its scope and intelligence,

Charles Eisenstein is a teacher, speaker, and writer focusing on themes of civilization, consciousness, money, and human cultural evolution. His writings on the web magazine Reality Sandwich have generated a vast online following; he speaks frequently at conferences and other events, and gives numerous interviews on radio and podcasts. Eisenstein graduated from Yale University in 1989 with a degree in Mathematics and Philosophy, and spent the next ten years as a Chinese-English translator. The author of Sacred Economics (EVOLVER EDITIONS, 2011), he currently lives in Harrisburg, Pennsylvania.

"Yale graduate, professor, speaker and author, remove the letters "se" from his surname and you have an idea just how brilliant a thinker Eisenstein is considered to be."--Montreal Gazette "This is an extraordinary book. Eisenstein has put his finger on the core problem facing humanity--namely: separation. All the crises that humanity now faces are grounded in the belief that we are separate--separate from each other, separate from the biosphere that sustains us, separate from the universe that has brought us forth. This is a tour-de-force filled with astounding insight, wit, wisdom and heart."--Christopher Uhl, author of Developing Ecological Consciousness: Paths to a Sustainable Future

"Quite marvelous, a hugely important work... This book is truly needed in this time of deepening crisis."--John Zerzan, author of Future Primitive and Elements of Refusal

"A radical awakening as to how we arrived at our current crisis and how we can more effectively redefine the path of our evolutionary journey."--Bruce Lipton, author of The Biology of Belief

"Brilliant and original, with great depth of insight and understanding, Eisenstein's Ascent of Humanity easily ranks with the works of such giants of our age as David Bohm, Julian Jaynes, Jean Gebser, Whitehead. It is a profoundly serious, indeed somber portrait of our times, even as it opens a door of honest hope amidst the dark destiny we have woven about us. Accept the challenge of this major accomplishment and discover the light shining within it."--Joseph Chilton Pearce, author of The Crack in the Cosmic Egg, Magical Child, Evolution's End, and The Biology of Transcendence

"This is one of those rare books that moves the goal posts. Eisenstein pulls together a wide array of insights to show that what we thought was the solution is also the problem. It is eye opening fodder for conversations with everyone I meet. As a technologist and a human being, I believe this could well be one of the most important books of the decade."--Garret Moddel, professor of electrical engineering at UC Boulder; chairman & CTO, Phiar Corporation