A History of Zhang Zhung and Tibet, Volume One: The Early Period 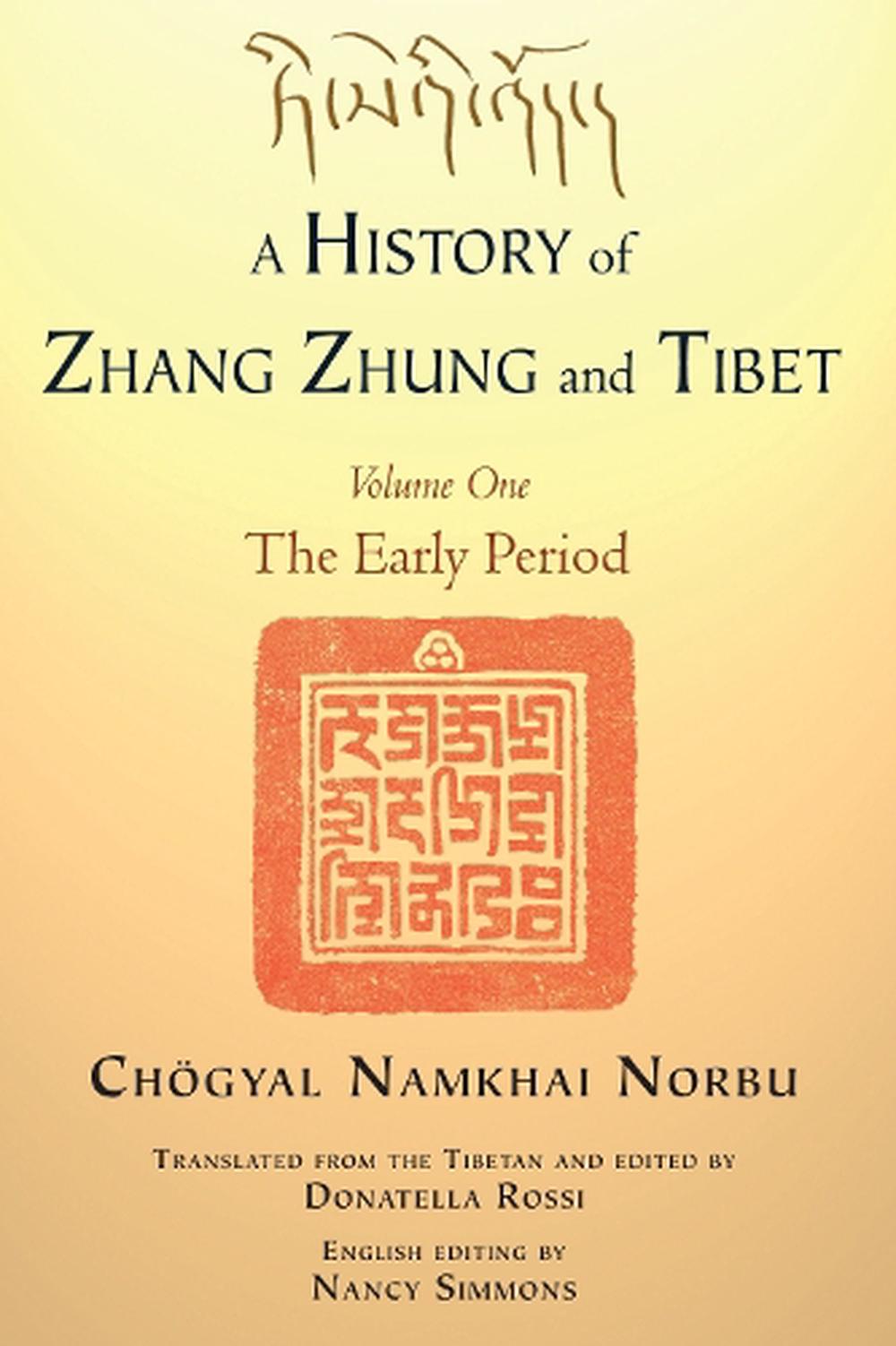 A History of Zhang Zhung and Tibet, Volume One explores ancient Tibet's Zhang Zhung kingdom and Bon religion that preceded the advent of Buddhism in the seventh century. Countering the long-held idea that Tibet's pre-Buddhist indigenous culture was primitive and undeveloped, this book shares the rich cultural origins of the kingdom of Zhang Zhung--the "cradle of Tibetan culture," which encompassed a vast area of Western and Northern Tibet in an area that includes sacred Mount Kailash. Presenting the meticulous research of internationally known Dzogchen Buddhist teacher and scholar Ch gyal Namkhai Norbu, the book investigates the mysteries of Zhang Zhung's Bon religion, a set of shamanistic and animistic beliefs and practices only recently studied by a handful of academic scholars. Offering a critical analysis of a vast array of literary and primary sources, Norbu discusses the role of the Bon traditions within Zhang Zhung's lineages, dynasties, and culture. Examining Zhang Zhung's written language, sacred ornaments, rock carvings, healing practices, music, and magical divination techniques, Norbu contributes to an understanding of the roots of Tibetan Buddhist culture and modern-day Bon religion--a practice followed by an estimated ten percent of Tibetans.

Chogyal Namkhai Norbu is one of the primary living masters of Dzogchen. He is author of The Supreme Source, Dzogchen: The Self-Perfected State, and The Crystal and the Way of Light.

"Ch gyal Namkhai Norbu is one the foremost masters of Tibetan religions and recognized as a teacher and scholar. This book demonstrates his profound knowledge of Tibet's antiquity and shows the complex and sophisticated tradition of the Zhang Zhung civilization that flourished on the Tibetan plateau in ancient times." --Tsering Shakya, PhD, Canadian research chair in religion and contemporary society in Asia at the Institute of Asian Research, University of British Columbia "Scholars and students of early Tibet will welcome the publication in English of this first volume of Ch gyal Namkhai Norbu's trilogy on the history of Zhang Zhung and Tibet. Accurately and carefully translated by Donatella Rossi, this book draws on a wide range of Bon sources and chronicles that shed light on the creation mythology, geography, lineages, and cultural legacy of ancient Zhang Zhung." --Gyurme Dorje, leading Tibetan scholar, translator, and author

"Using traditional sources in an original way, this work paints a fascinating picture of the history and culture of the Zhang Zhung kingdom of early Tibet." --Sam van Schaik, PhD, Tibetologist and research project manager for the International Dunhuang Project (IDP) at the British Library

"For many of us in the academic community who have been trying to keep a pulse on the phenomenon of Zhang Zhung, it's a relief that scholarly opinion is finally starting to shift from the previously standard view that the period of Songtsen Gampo's reign - when Buddhism was beginning to be introduced - defines the roots of much of Tibetan culture. It is now fairly clear that, to the contrary, much of what makes Tibet "Tibetan" - for example, an emphasis on bardo rites; a cohesive, spiritual taxonomy for transmissions of alphabets, scripts, and systems of writing; historically long-enduring divination practices; distinctive frameworks of medicine (including moxibustion); signature practices of fine arts; and even contemplative methods for dreaming - derives from the Zhang Zhung civilization." --J.I. Abbot, Mandala

"Chogyal Namkhai Norbu is one of the greatest Tibetan meditation masters and scholars teaching in the West."--Lama Surya Das, author of Awakening the Buddha Within