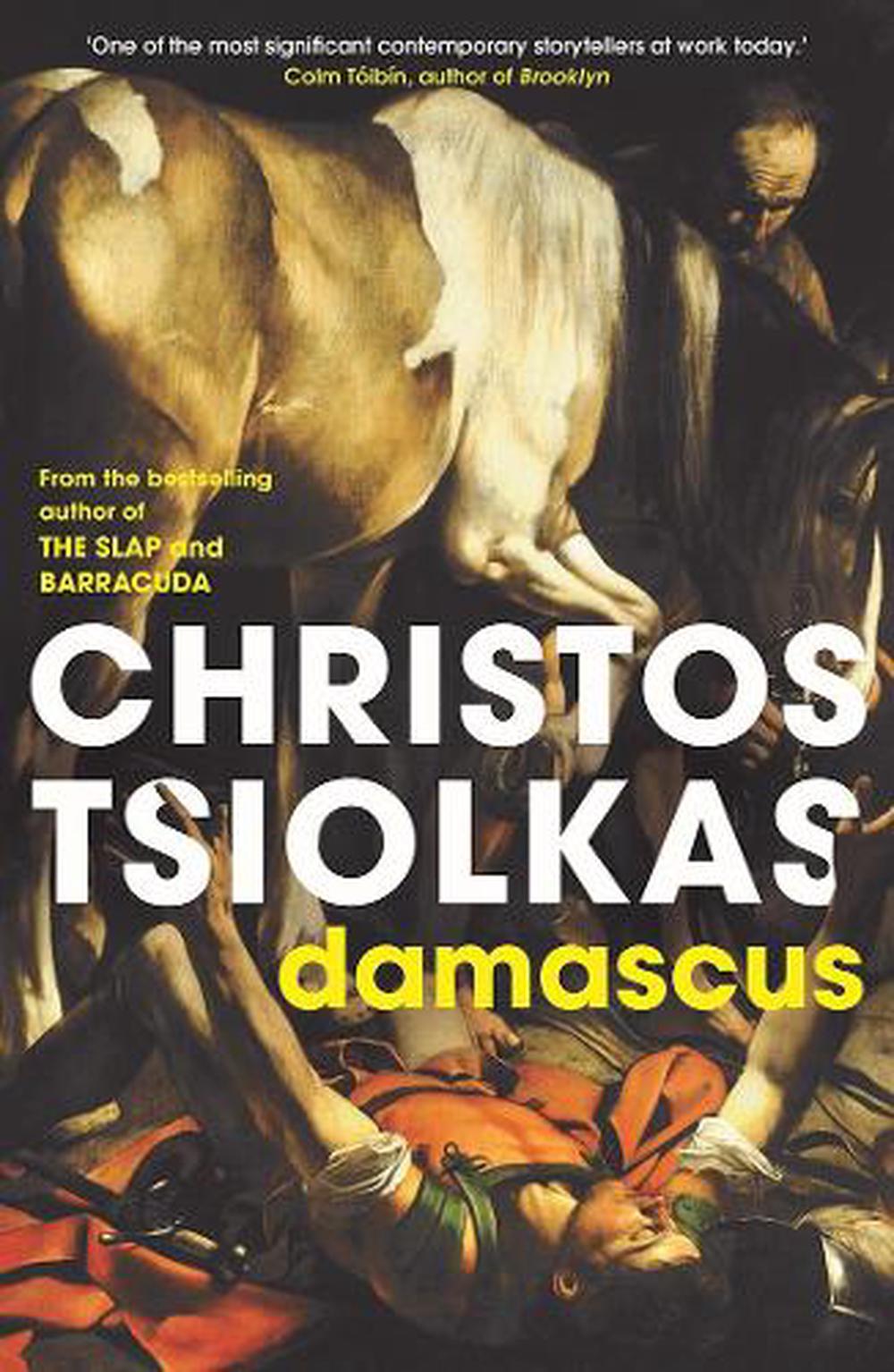 We are despised, yet we grow. We are tortured and crucified and yet we flourish. We are hated and still we multiply. Why is that? You have to wonder, how is it that we not only survive but we grow stronger?'

Christos Tsiolkas' stunning new novel Damascus is a work of soaring ambition and achievement, of immense power and epic scope, taking as its subject nothing less than events surrounding the birth and establishment of the Christian church. Based around the gospels and letters of St Paul, and focusing on characters one and two generations on from the death of Christ, as well as Paul (Saul) himself, Damascus nevertheless explores the themes that have always obsessed Tsiolkas as a writer: class, religion, masculinity, patriarchy, colonisation, exile; the ways in which nations, societies, communities, families and individuals are united and divided - it's all here, the contemporary and urgent questions, perennial concerns made vivid and visceral.

In Damascus, Tsiolkas has written a masterpiece of imagination and transformation: an historical novel of immense power and an unflinching dissection of doubt and faith, tyranny and revolution, and cruelty and sacrifice.

Christos Tsiolkas is the author of six novels, including Loaded, which was made into the feature film Head-On, The Jesus Man and Dead Europe, which won the 2006 Age Fiction Prize and the 2006 Melbourne Best Writing Award, as well as being made into a feature film. His fourth novel, the international bestseller The Slap, won Overall Best Book in the Commonwealth Writers' Prize 2009, was shortlisted for the 2009 Miles Franklin Literary Award, longlisted for the 2010 Man Booker Prize and won the Australian Literary Society Gold, as well as the 2009 Australian Booksellers Association and Australian Book Industry Awards Books of the Year. Christos's fifth novel Barracuda was shortlisted for the ALS Gold Medal and the inaugural Voss Literary Prize. The Slap and Barracuda were both adapted into celebrated television series. Christos's acclaimed collection of short stories, Merciless Gods, was published in 2014 and his critical literary study On Patrick White came out in 2018. He is also a playwright, essayist and screen writer. He lives in Melbourne.