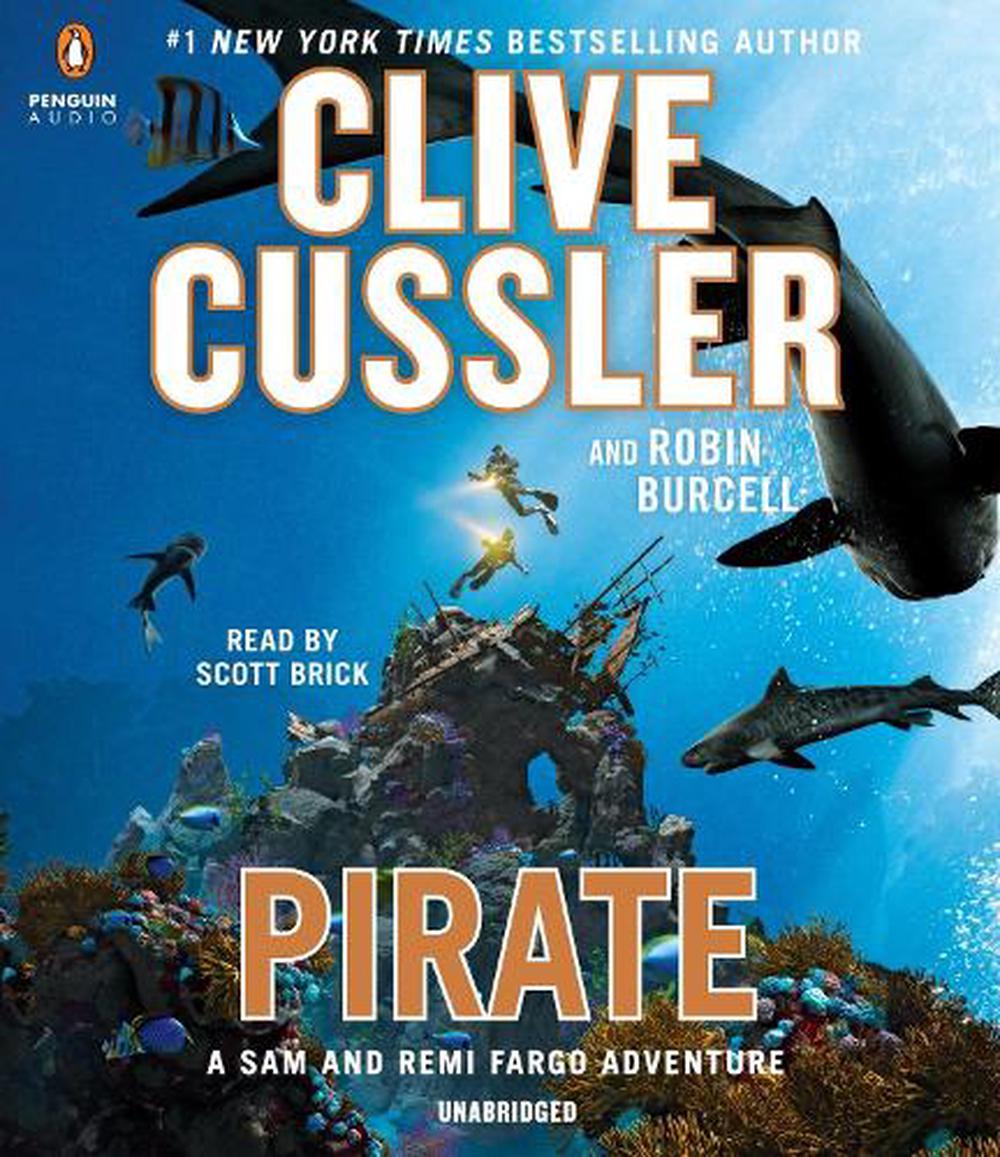 Unstoppable husband and wife team Sam and Remi Fargo face off against an obsessive millionaire hunting for a lost treasure in this adventure in the #1 New York Times -bestselling series When husband and wife treasure hunters Sam and Remi Fargo try something new, a relaxing vacation, a detour to visit a rare bookstore leads to the discovery of a dead body. All signs point to a book in the store that may contain a secret map, an actual, ink-on-paper guide to a historic fortune. The Fargos take up the challenge and find themselves flying from California to Arizona, from Jamaica to England. Racing against a vicious corporate raider with an unhealthy obsession for this particular treasure, Sam and Remi are slowed by a new betrayal at every turn. It can only mean one thing: someone on their team cannot be trusted. Buzzing with the chemistry and wit of Sam and Remi Fargo, Pirate reinvents the classic treasure hunt as only a Clive Cussler adventure can.

Clive Cussler is acclaimed worldwide as the Grandmaster of Adventure. He got his start in advertising, first as an award-winning copy writer, and then as creative director for two of the nation's largest agencies. His initial foray into fiction was in 1973, when he wrote his first Dirk Pitt? novel.

Since then he has continued to write Dirk Pitt? adventures while living a life that nearly parallels that of his action hero. Like Pitt, Cussler enjoys discovering and collecting things of historical significance. With NUMA (National Underwater & Marine Agency, a non profit group begun by Cussler)

Praise for PIRATE and the Fargo Series "The best book to date featuring the married treasure hunters. Readers will be thrilled to discover that Pirate delivers the action and thrills....The main characters have never been so engaging and fun."--Associated Press "This adventure series stands as one of the crown jewels in the Cussler empire."-- Publishers Weekly "Sam and Remi are fearless, honest, curious, and resourceful in all situations. Fasten your seat belt for this wonderful read!"-- Library Journal "Scenes, settings, and action are graphic-novel worthy, from sweat-stained jungle treks to bad-guy confrontations, all laced with historical factoids and a soupcon of fantasy for across-the-board appeal. Cussler and Company continue the winning formula, and this jungle episode will satisfy the cravings of every fan."-- Kirkus Reviews