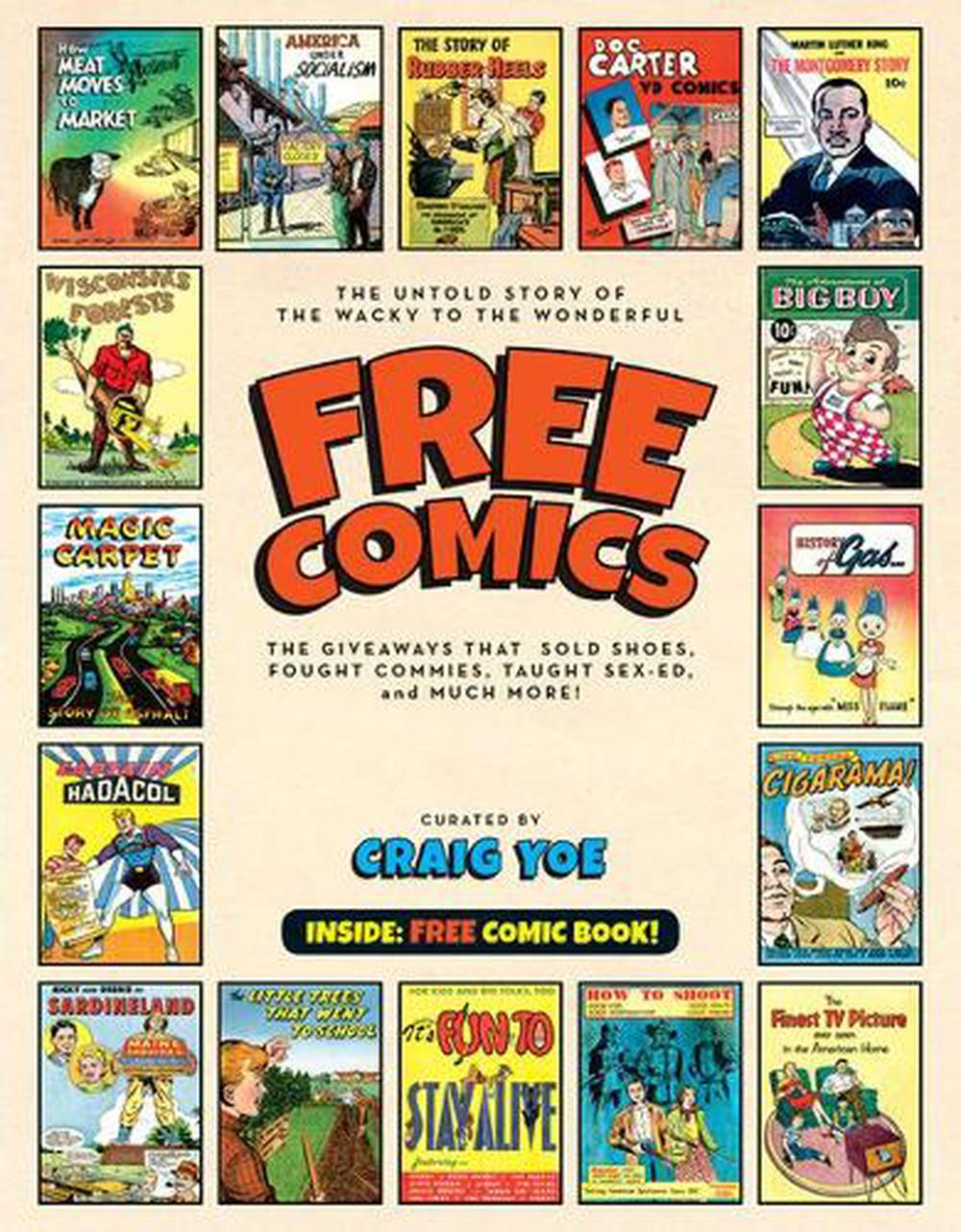 Learn how free comics taught us, saved us, and sold things to us in this collection full of rare covers and a fun-filled, fascinating, and generous selection of stories From before Superman to today, there have been many thousands of bizarro, rare, and fascinating FREE comic books given out at gas stations, schools, churches, clinics, political rallies, shoe stores, and in cereal boxes. At last, the unknown and astonishing story of promotional comics is told in this thick, hardcover, full-color coffee table book featuring a plethora of incredible covers and absorbing full stories. Besides teaching the public to love corn and hate commies, these lost treasures sold cars and cigars, elected and defeated politicians, were both for and against smoking and drinking, saved souls, taught people how to milk cows and repair tractors, fought for civil rights, and told the public how to buy a TV and avoid VD. These scarce giveaway comics featured cool, out of the left field artists, but also top creators. You'll see Kirby, Schulz, Eisner, Wood, Stan Lee, Crandall, Everett, Walt Kelly, DeCarlo, Kurtzman, Alex Raymond, Kubert, and multitudes more You'll also see familiar characters like Batman, Charlie Brown, Captain Marvel, Flash Gordon, Bugs Bunny, and Spider-Man But your jaw will drop at the animated spokestoons: wieners, shoes, cigars, transistors, milking machines, condoms come to life--and there's the NRA's attempt to appeal to kids with a comic featuring a half puppy/half gun named Blooie

Vice magazine has called Craig Yoe the "Indiana Jones of comics historians." Publisher Weekly says he's the "archivist of the ridiculous and the sublime" and calls his work "brilliant." The Onion calls him "the celebrated designer," The Library Journal , "a comics guru. " BoingBoing hails him "a fine cartoonist and a comig book historian of the first water." Yoe was Creative Director/Vice President/ General Manager of Jim Henson's Muppets, and a Creative Director at Nickelodeon and Disney. Craig has won an Eisner Award and the Gold Medal from the Society of Illustrators.

Learn how free comics taught us, saved us, and sold things to us in this collection full of rare covers and a fun-filled, fascinating, and generous selection of stories!