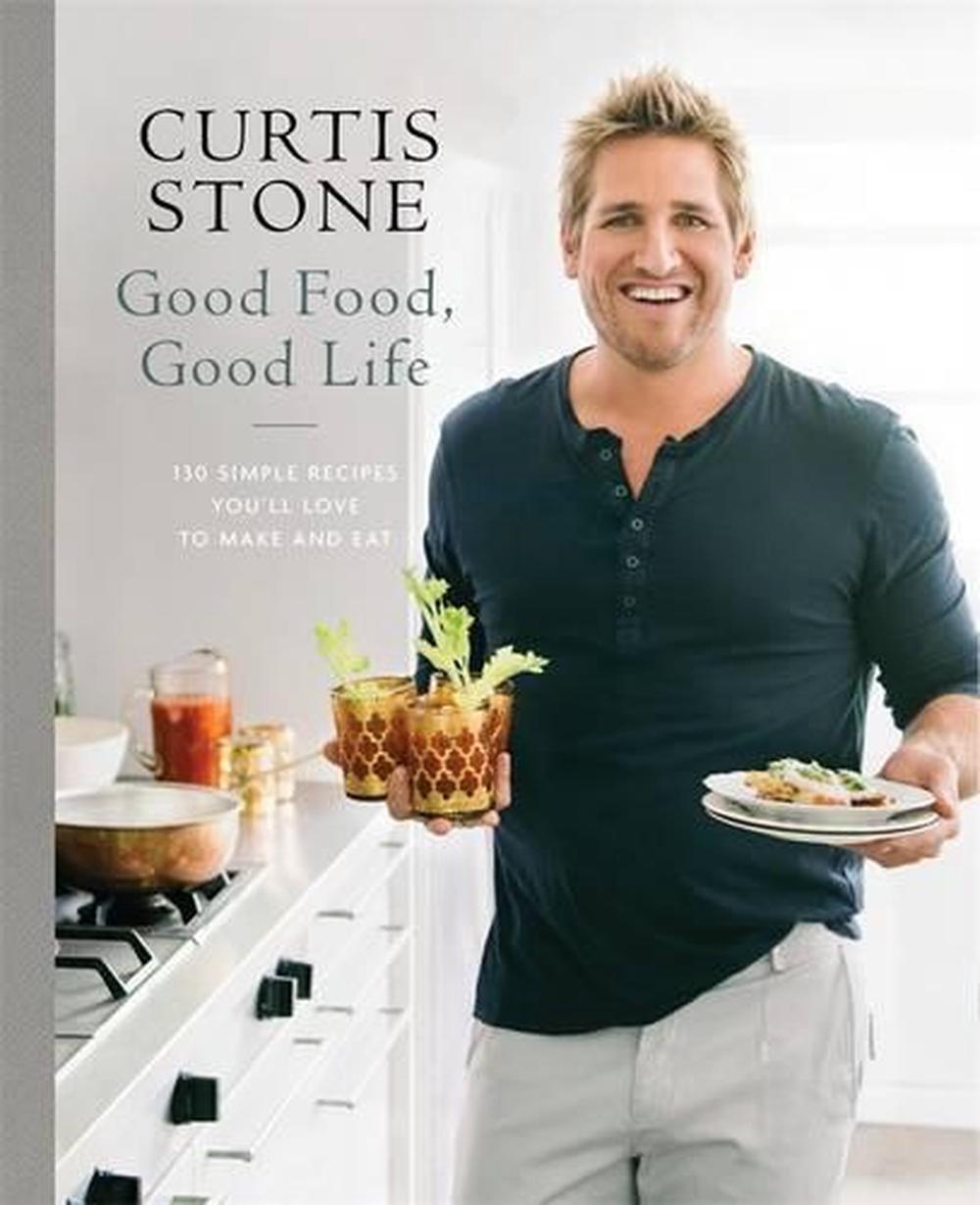 This collection is a celebration of the dishes that I absolutely love to make at home, from savouring their aromas while they cook right through to sharing them with the special people in my life. For internationally known chef Curtis Stone, cooking is a pleasurable journey, not just a destination. In this wonderful book featuring 130 of his favorite dishes, Curtis inspires us to turn meal preparation into a joy rather than a chore through delicious recipes, mouthwatering photographs, and handy make-ahead tips. He also shares plenty of heartwarming, personal stories from time spent in his kitchen and around the table with family and friends, reminding us that good food and a good life are intrinsically intertwined. His go-to recipes include- Light meals- Roasted Beetroot and Quinoa Salad with Goat Cheese, Fennel, and Pecans; Weeknight Navy Bean and Ham Soup; Pork Burger with Spicy Ginger Pickles Scene-stealing dinners- Porcini-Braised Beef with Horseradish Mascarpone, Herb-Crusted Rack of Lamb with Fennel; Potato and Zucchini Enchiladas with Habanero Salsa Family-style sides- Pan-Roasted Brussels Sprouts with Chorizo; Butternut Pumpkin with

Curtis Stone is an internationally known chef, award-winning restaurateur, TV host, and New York Times bestselling author. Born in Melbourne, Curtis first found his passion for food while watching his grandmother, Maude, make her legendary fudge. After completing culinary school, he took a job at the Savoy Hotel in Melbourne before heading to London, where he honed his skills under legendary three-star Michelin genius, Marco Pierre White. While living in London, Curtis appeared in several UK cooking shows before catching the eye of television producers in Australia and the US. Curtis hosts and appears on numerous primetime television shows, including his most recent project as mentor on Food Network s hit show All-Star Academy. Coming full circle, Curtis opened his first solo restaurant Maude (named after his grandmother) in Beverly Hills in February 2014, which has received rave reviews from the James Beard Foundation (Best New Restaurant semifinalist), TIME, Travel + Leisure (lists Maude as one of the best new restaurants in the world), Eater LA (2014 s Restaurant of the Year), LA Weekly (2014's Best New Restaurant), LA Magazine (4 out o

oThis collection is a celebration of the dishes that I absolutely love to make at home, from savouring their aromas while they cook right through to sharing them with the special people in my life.o