(1 review)
PUBLISHED: 19th April 2018
ISBN: 9781591937739
ANNOTATION:
This children's guide to rock collecting includes a beginner's introduction to geology, an identification section for 75 types of common and collectible rocks and minerals, and a "how to" section. 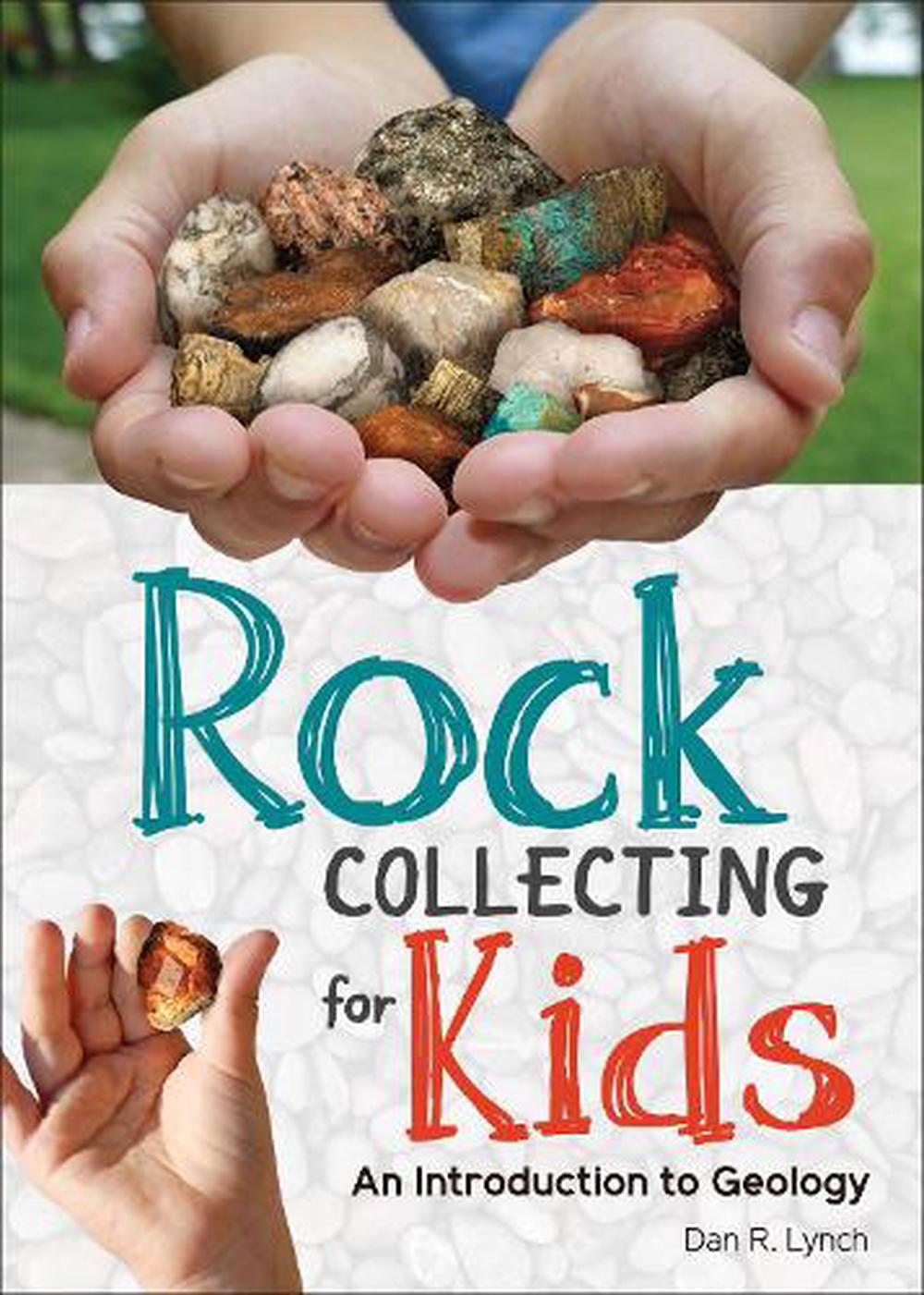 OTHER FORMATS:
PUBLISHED: 19th April 2018
ISBN: 9781591937739
ANNOTATION:
This children's guide to rock collecting includes a beginner's introduction to geology, an identification section for 75 types of common and collectible rocks and minerals, and a "how to" section.

This children's guide to rock collecting includes a beginner's introduction to geology, an identification section for 75 types of common and collectible rocks and minerals, and a "how to" section.

Rock collecting is for everyone! Nature's treasures are all around us, waiting to be discovered. Share the thrills of searching and finding with the next generation of rock hounds. Acclaimed author of the Rocks & Minerals Identification Guides Dan R. Lynch presents a children's introduction to rock collecting that the whole family will enjoy. The book begins with a "how to" section, including details on what to look for, where to look, and what to bring, as well as safety considerations. Next, Dan lays out the basics of geology, explaining everything from where rocks come from to how the Earth's surface changes over time. From there, young readers are provided with an identification section, which features full-color photographs and ID tips on 75 types of common and collectible rocks and minerals. This fun guide is engaging and informative-with plenty of kid-appeal-as it starts children on the path toward becoming successful rock collectors!

Dan R. Lynch has a degree in graphic design with emphasis on photography from the University of Minnesota Duluth. But before his love of art and writing came a passion for rocks and minerals, developed during his lifetime growing up in his parents' rock shop in Two Harbors, Minnesota. Combining the two aspects of his life seemed a natural choice, and he enjoys researching, writing about, and taking photographs of rocks and minerals. Working with his father, Bob Lynch, a respected veteran of Lake Superior's agate-collecting community, Dan spearheads their series of rock and mineral field guides-definitive guidebooks that help amateurs "decode" the complexities of geology and mineralogy. He also takes special care to ensure that his photographs complement the text and always represent each rock or mineral exactly as it appears in person. He currently lives in Madison, Wisconsin, with his wife, Julie, where he works as a writer and photographer.

What Makes a Mineral? How Minerals Form Crystals How Crystal Formation Happens What Do Minerals Look Like? The Many Forms a Mineral Can Take Crystal Shapes Mineral Colors Streak Color Luster Hardness Identifying Your Find (with an adult's help) The Mohs Hardness Scale

All About Rocks What's in a Rock? Rocks: What's on the Ground and How Did It Get There? Igneous Rocks How Volcanoes Work Cooling Down Sedimentary Rocks Metamorphic Rocks

How to Identify Rocks and Minerals

Rock collecting is for everyone! Nature's treasures are just beneath our feet, waiting to be discovered. With this book, you'll experience the excitement of finding, collecting, and identifying rocks and minerals. Dan R. Lynch, author of many field guides, presents a children's introduction to our amazing Earth. The book begins with geology basics, such as where rocks come from and how Earth's surface changes over time. Next, young readers are provided with an identification guide, which features full-color photographs and ID tips on 75 types of common and collectible rocks and minerals. From there, a "how to" section includes details on what to look for, where to look, and what to bring, as well as safety considerations. With rock collecting guidelines that the whole family will learn from and enjoy, this fun guide is engaging and informative--with plenty of kid-appeal--as it starts children on the path toward becoming successful rock collectors!

ALL ABOUT GEOLOGY If you want to collect rocks, it helps to know a little about geology. Geology is the study of the Earth and what it's made of. Geology also explores the Earth's history and how it has changed since it formed long ago. A scientist who works in geology is called a geologist. A geologist studies rocks and minerals and everything else about the Earth beneath our feet. Rocks and minerals are very important to understand because they make up the Earth and because we use them every day. We use rocks to build houses and walls, and we use minerals to make many things, like coins, computers, and glass. But we can also use rocks and minerals to learn amazing things, like the age of the Earth and what kinds of animals lived long ago. Rocks and minerals are also fun to collect! By picking up rocks and writing down where you found them, you can learn a lot about geology. And you can build your collection every time you visit a new place. But you're not allowed to collect just anywhere! Check out page 126 to make sure it's OK to collect where you are. And when in doubt, ask first! Our Earth The Earth is always changing. The mountains, oceans, and rocks seem like they will be here forever. But they will be gone someday, and something new will be in their place. These changes happen because of the Earth's geology. The Earth is made up of layers. The outside of the Earth, where all the plants, animals, and people live, is called the crust. The crust is like a thin, hard shell of rock on the surface of the planet. It has all the mountains, plains, oceans, and deserts that we see, but the crust is affected by the layers beneath it. Deeper inside the Earth, there is another layer called the mantle. It is very hot and made up of melted rock. It's so far down that we can't dig there. The melted rock in the mantle is called magma. The mantle's heat is like a big oven, and all of that heat causes the crust above it to move around. Sometimes the magma pushes its way up through the crust--we call that a volcano! Deeper down, there are even hotter layers, and some of those layers are melted and others are solid. At the very center of the Earth is a hot, solid core made of metal. When we study geology, we look at what the Earth is made of and how the inside of the Earth moves and changes. Geology also involves how the weather can change the Earth's surface long-term. Over a long time, wind, rain, and ice can wear down rocks, and even whole mountains can be worn away! Inside the Earth The Crust : The ground, mountains, and the ocean are all part of the thin outer crust. Upper Mantle : Located just underneath the crust, the upper mantle is hot and soft because it is made up of melted rock. Lower Mantle : The lower mantle is made of rocks that won't melt because they're buried too deep, even though it is very hot. Outer and Inner Core : The outer core is so hot that everything there melts and swirls around the inner core, which is made up of solid metal!

AdventureKEEN's rocks & minerals products are proven sellers: more than 220,000 units sold Rock hunting is a growing hobby throughout the USA, and this is a great introduction for the whole family Market: Parents who want to instill environmental morals, encourage an interest in nature, and entertain their children--all at the same time All-in-one source of information, facts, photos, and gee-whiz tidbits in a concise guide Not intimidating: colorful, appealing design with information geared toward children, ages 6-12 Children are fascinated with making discoveries in nature--and with collecting things Rock collecting helps to build the self-esteem of kids; it's easy to be successful Strong interest in rocks and minerals (e.g. many tourists visiting rock shops, significant sales of books relating to agates and other rocks & minerals) Extreme value: massive information for just $12.95

Purchased for my grandson, who a budding collector, and he loves it.
By Karin