The Birth of Canis: A Get Fuzzy Collection 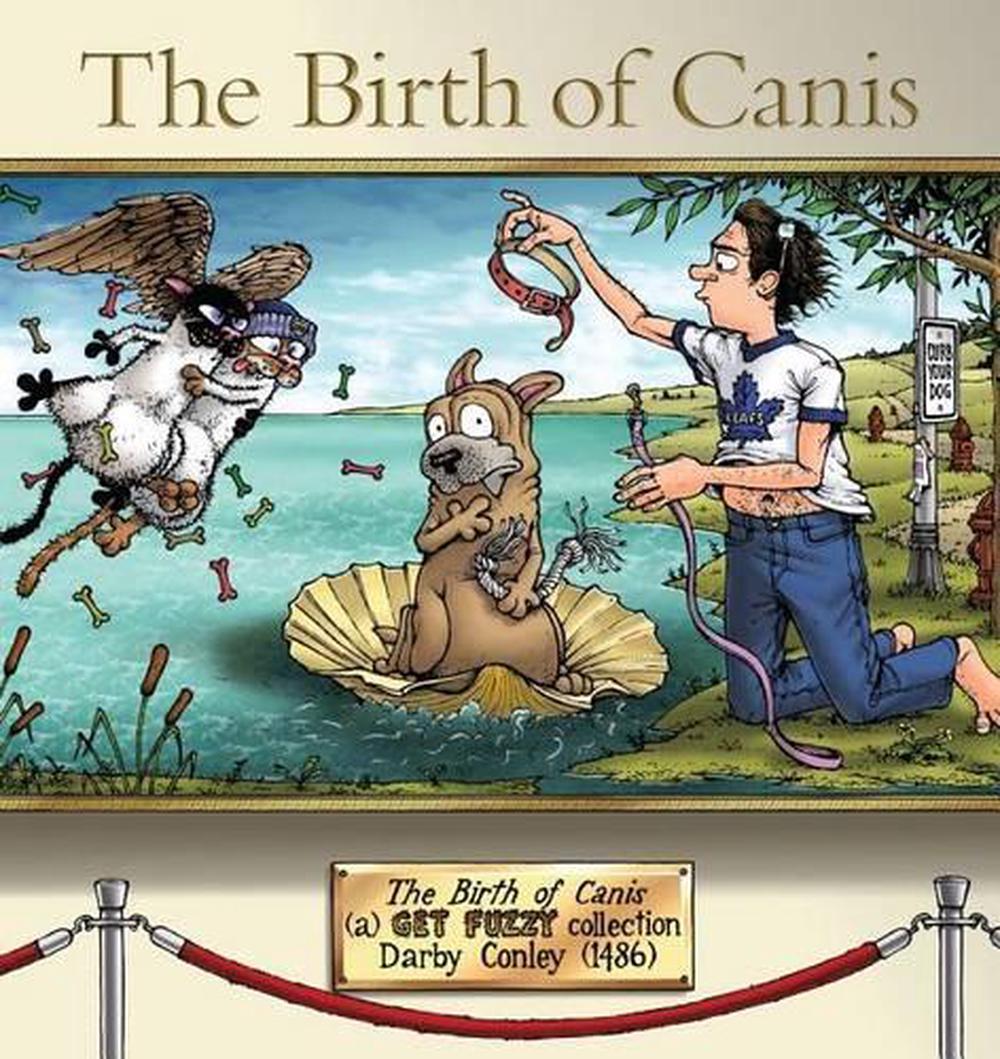 Welcome to the crazy, dysfunctional world of Get Fuzzy . In this microcosm of nerdy vegan Rob Wilco's apartment life abide his sociopathic cat Bucky and his guileless but often perceptive dog Satchel (and, yes, they are named after famed Negro Leagues baseball players). Their interactions and domestic repartee not only appeals to pet lovers but also to any cartoon fan who gets a kick out of the idiosyncrasies of life between any co-dwellers. Bucky, Satchel, and Rob are back for more madness and mayhem. And the world couldn't be happier! Darby Conley's previous titles include two New York Times best-sellers. Bucky Katt is a rather obstinate Siamese who constantly battles his "owner" Rob for control of their home. Satchel Pooch, the Labrador-Shar-pei mix who's sweet and lovable, makes a nice lackey for Bucky. Bucky knows he's smarter than everyone else; it's just a matter of convincing the rest of the world. Satchel always tries to do the right thing but very often ends up the brunt of Bucky's antics. Rob Wilco is a bachelor trying to regain household domesticity. Together, this seemingly typical threesome gets into some less-than-typical but hilarious situations. There's never a dull moment at the Wilco residence. Get Fuzzy , featured in over 650 newspapers worldwide, is one of the most highly lauded cartoons in the country. The National Cartoonists Society named it Best Comic Strip of 2002. Its sidesplitting humor and hilariously illustrated facial nuances appeal to animal lovers everywhere. Bucky and Satchel's words and expressions are what we all picture our beloved pets saying and doing.

Darby Conley is an illustrator and former elementary school teacher who was born in Concord, Mass., but spent most of his childhood in Knoxville, Tenn. He attended Amherst College and currently lives in Massachusetts with his cat. He first sketched the characters Bucky, Satchel, and Rob in 1996, and the strip was syndicated in 1999.