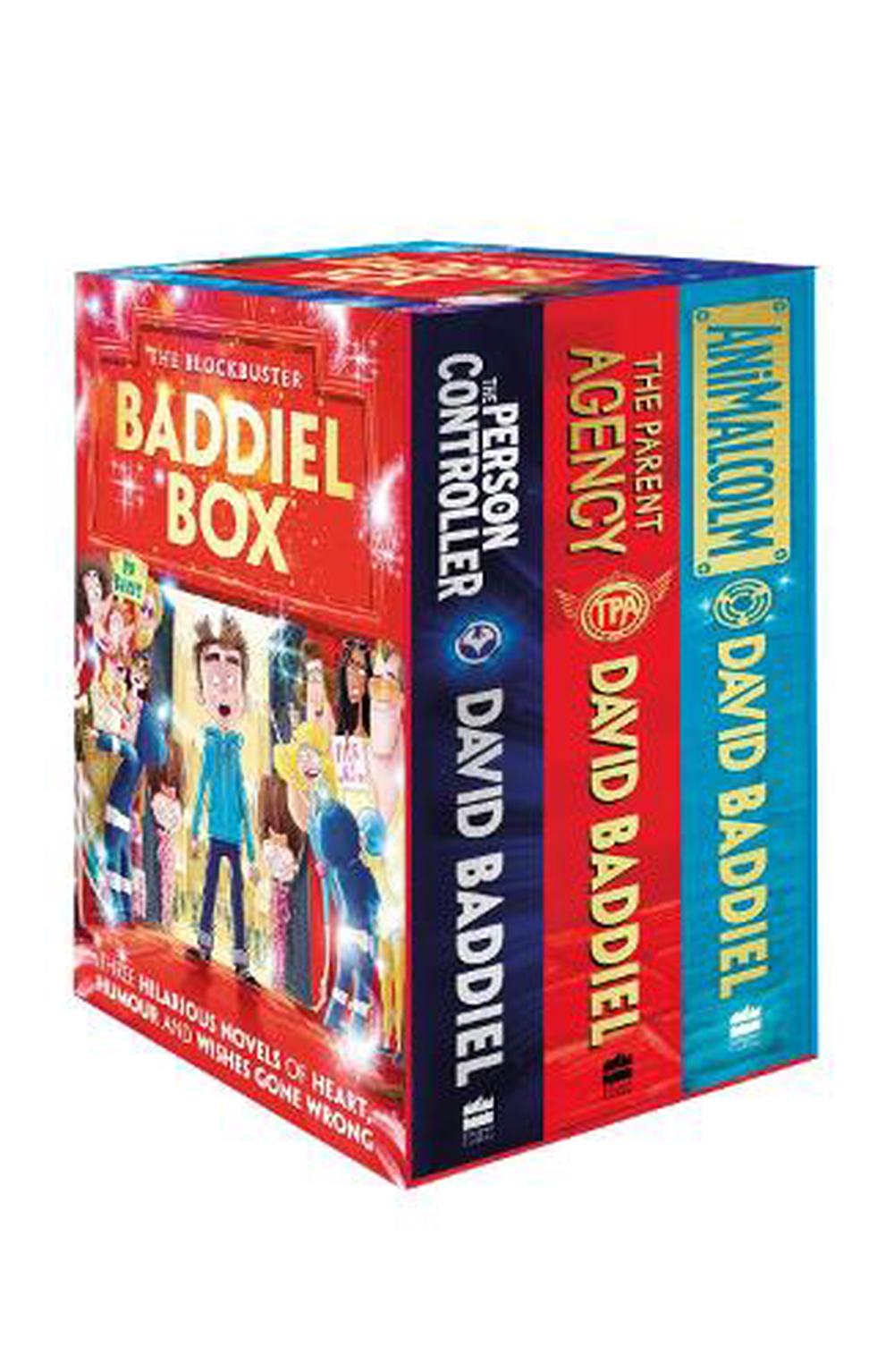 THE PARENT AGENCY: Barry said, a third time, "I wish I had better parents!" And then suddenly the entire room started to shake...

Barry Bennett hates being called Barry. In fact it's number 2 on the list of things he blames his parents for, along with 1) 'being boring' and 3) 'always being tired'.

But there is a world, not far from this one, where parents don't have children. That's far too random for something so big and important. In this world, children are allowed to choose their parents.

For Barry Bennett, this world seems like a dream come true. Only things turn out to be not quite that simple...

THE PERSON CONTROLLER: Fred and Ellie are twins. But not identical (because that's impossible for a boy and a girl). They do like all the same things, though. Especially video games. Which they are very good at. They aren't that good, however, at much else - like, for example, football, or dealing with the school bullies.

Then, they meet the Mystery Man, who sends them a video game controller, which doesn't look like any other controller they've ever seen. And it doesn't control any of their usual games. When the twins find out what it does control, though, it seems like the answer to all their problems. And the key to all their wildest dreams. At least it seems like that...

ANIMALCOLM: Malcolm doesn't like animals. Which is a problem because his family love them. Their house is full of pets. What the house is NOT full of is stuff Malcolm likes. Such as the laptop he wanted for his birthday.

The only bright spot on the horizon is the Year 6 school trip, until Malcolm realizes it's heading to...oh no. The farm.

Over the next days, Malcolm changes. He learns a lot about animals. More, in many ways, than he would like. He learns what it's really like to be an animal...