The Girl Who Takes an Eye for an Eye

PUBLISHED: 7th September 2017
ISBN: 9780857056429
ANNOTATION:
The fifth in the Millennium series that began with The Girl with the Dragon Tattoo - the global publishing phenomenon. 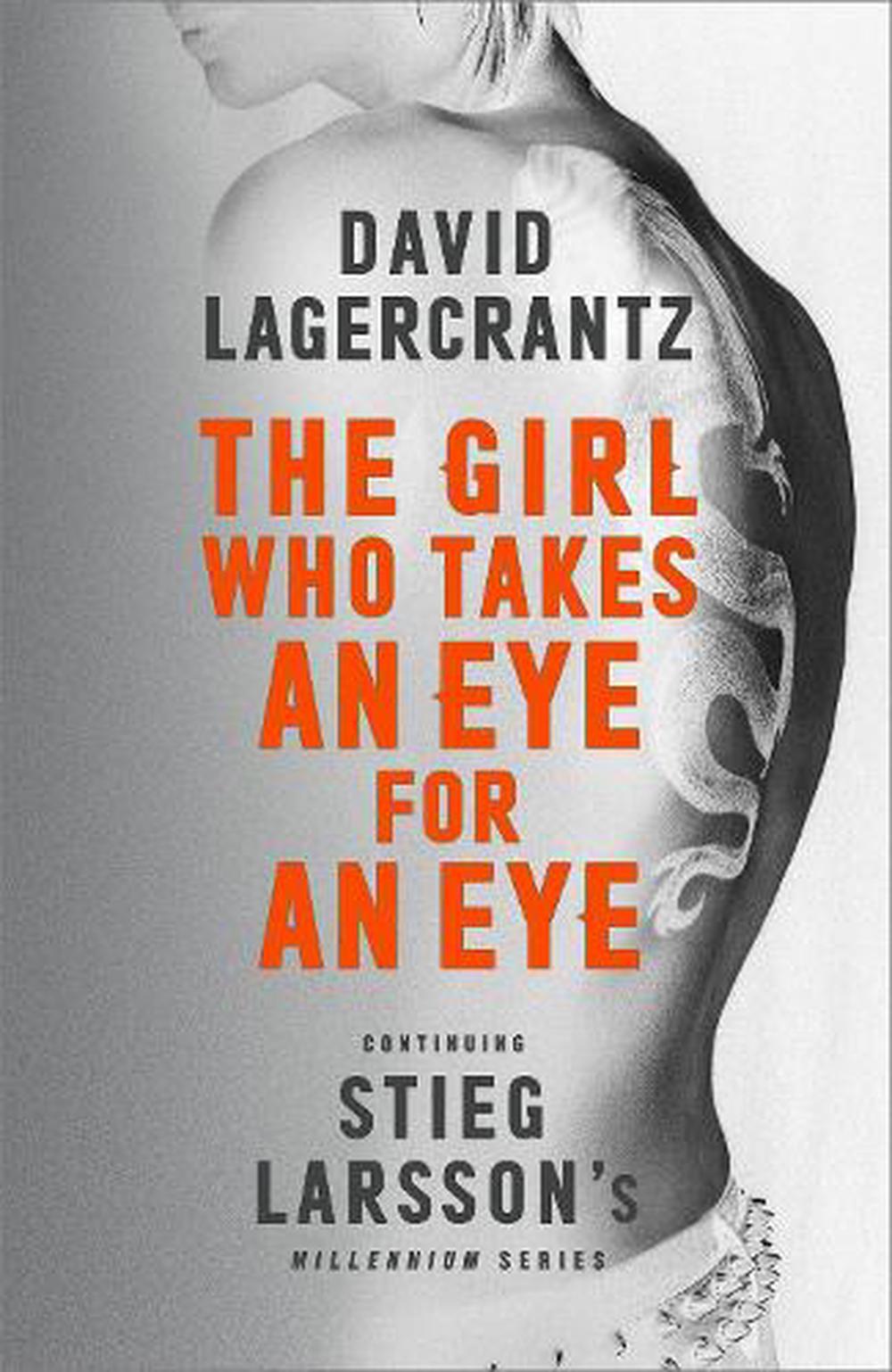 OTHER FORMATS:
PUBLISHED: 7th September 2017
ISBN: 9780857056429
ANNOTATION:
The fifth in the Millennium series that began with The Girl with the Dragon Tattoo - the global publishing phenomenon.

The fifth in the Millennium series that began with The Girl with the Dragon Tattoo - the global publishing phenomenon.

THE GIRL WITH THE DRAGON TATTOO LIVES ON. The fifth in the Millennium series that began with The Girl with the Dragon Tattoo - the global publishing phenomenon. Lisbeth Salander is an unstoppable force: Sentenced to two months in Flodberga women's prison for saving a young boy's life by any means necessary, Salander refuses to say anything in her own defence. She has more important things on her mind.Mikael Blomkvist makes the long trip to visit every week - and receives a lead to follow for his pains. For him, it looks to be an important expose for Millennium. For her, it could unlock the facts of her childhood.Even from a corrupt prison system run largely by the inmates, Salander will stand up for what she believes in, whatever the cost. And she will seek the truth that is somehow connected with her childhood memory, of a woman with a blazing birthmark on her neck - that looked as if it had been burned by a dragon's fire . . . The tension, power and unstoppable force of The Girl Who Takes an Eye for an Eye are inspired by Stieg Larsson's Millennium trilogy, as Salander and Blomkvist continue the fight for justice that has thrilled millions of readers across the world.Translated from the Swedish by George Goulding

David Lagercrantz was born in 1962, and is an acclaimed author and journalist. In 2015 The Girl in the Spider's Web, his continuation of Stieg Larsson's Millennium Trilogy, became a worldwide bestseller, and it was announced that Lagercrantz would write two further novels in the series. He is also the author of the acclaimed and bestselling I am Zlatan Ibramhimovic, and Fall of Man in Wilmslow, a novel about Alan Turing.

Fans will know they're in for a wild ride with the mysterious outsider. - Yours Magazine

this is a gripping, stand-alone read with old and new characters being killed or kidnapped and delving into the brilliant hacker's ability to bring the stock market to a standstill. - Manly Daily