ISBN: 9780099529132
ANNOTATION:
One of the very best English comic novelists of the post-war era' Time OutThree brilliantly comic novels revolving around the University of Rummidge and the eventful lives of its role-swapping academics. 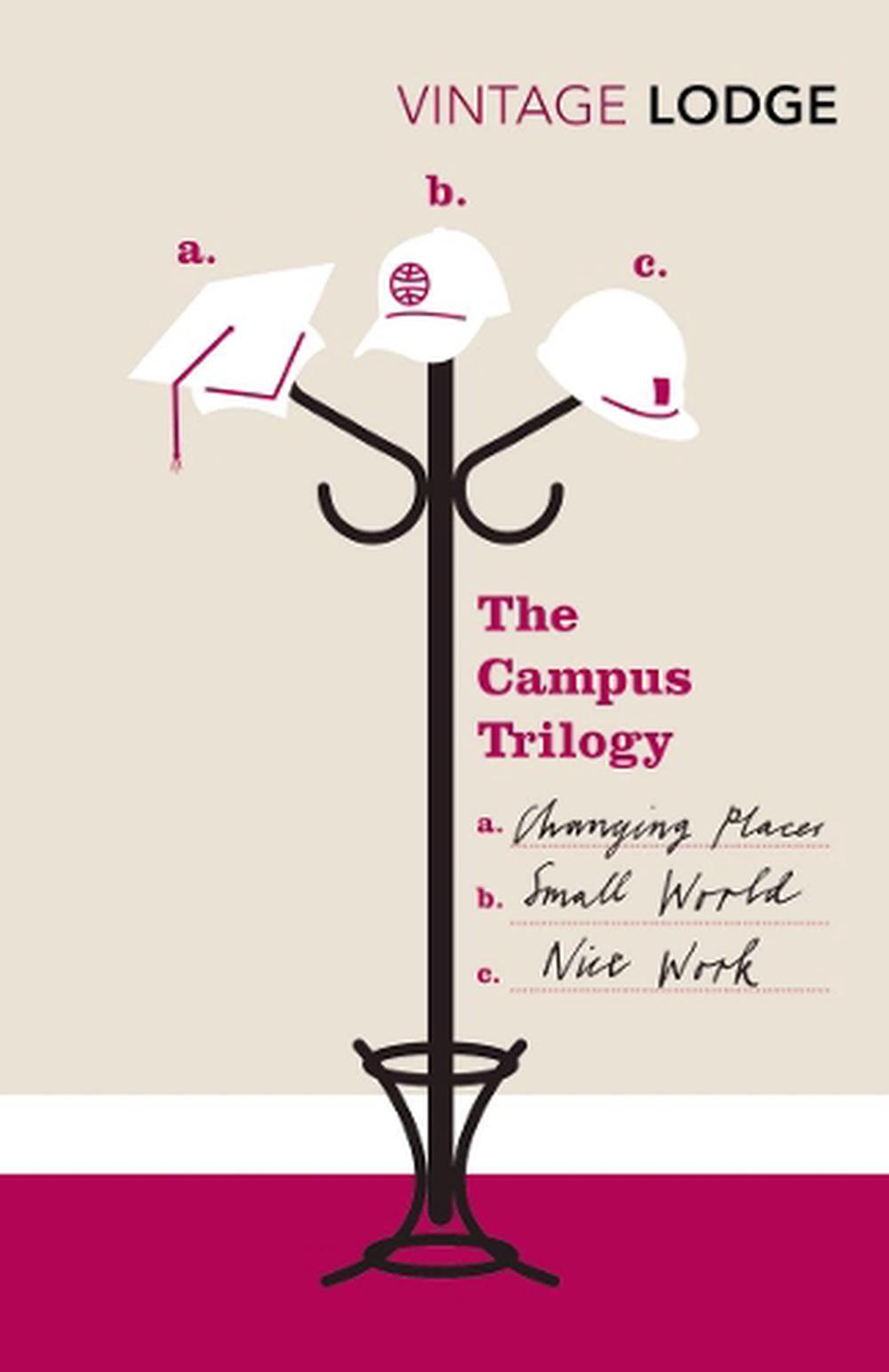 One of the very best English comic novelists of the post-war era' Time OutThree brilliantly comic novels revolving around the University of Rummidge and the eventful lives of its role-swapping academics.

The plot lines of The Campus Trilogy, radiating from its hub at the redbrick University of Rummidge, trace the comic adventures of academics who move outside familiar territory. Beginning in the late 60s Changing Places follows the undistinguished English lecturer Philip Swallow and hotshot American professor Morris Zapp as they exchange jobs, habitats and eventually wives. Small World sees Swallow, Zapp, Persse McGarrigle and the beautiful Angelica Pabst jet-set about the international conference scene, combining academic infighting and tourism, esoteric chat and romance. And finally, the feminist lecturer Robyn Penrose swaps the industrial novel for a hard hat in Nice Work as she shadows the factory boss Victor Wilcox. Sparks fly when their beliefs and lifestyles collide.

David Lodge's novels include Changing Places, Small World, Nice Work, Therapy, Thinks... and Author, Author. He has also written stage plays and screenplays, and several books of literary criticism, including The Art of Fiction, Consciousness and the Novel and, most recently, The Year of Henry James.

"Lodge's wit... like that of Wodehouse, froths around and out of characters. hugely enjoyable" Spectator "Clever enough to confirm him as one of the leading comic writers of his generation" Guardian "All funny, clever and beautifully paced" Daily Mail