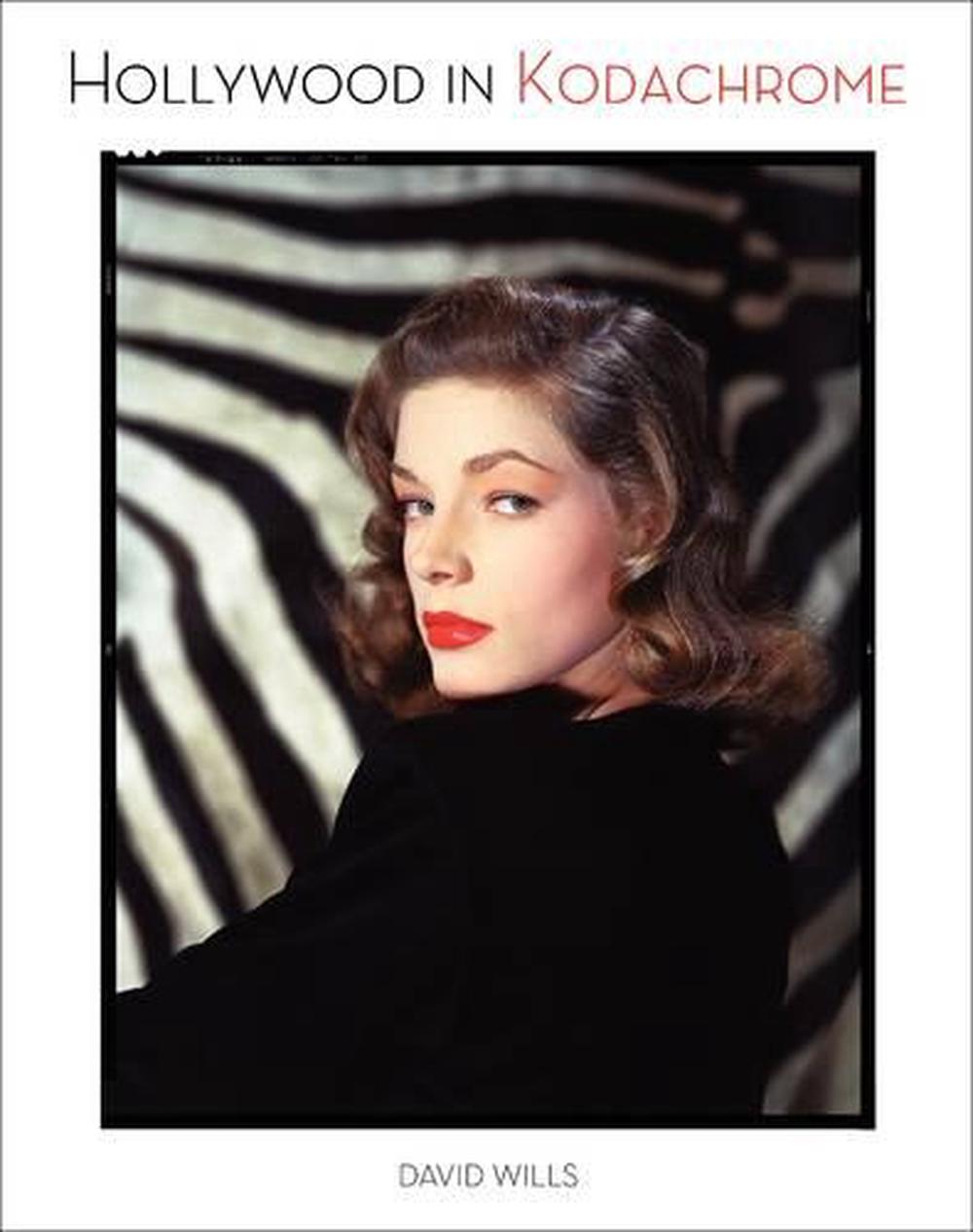 Hollywood in Kodachrome is a stunning portfolio of the stars of Hollywood's Golden Age, captured in rich, deeply saturated color photographs reproduced from original Kodachrome negatives and curated by collector David Wills and designer Stephen Schmidt, the creative team behind Marilyn Monroe: Metamorphosis and Audrey: The 60s. From Elizabeth Taylor, Ava Gardner, and Rita Hayworth to Fred Astaire, Humphrey Bogart, and Gregory Peck-and many more-the silver screen's elite are all here, in the full blush of youth, captured as if they were taken yesterday. But the true star is the medium itself: late-1940s sheet Kodachrome, a film stock that remains legendary for its rich tonal range, precise color, and detail. Including a foreword by Golden Age star Rhonda Fleming, and featuring more than 200 photos from classic films and publicity shoots, Hollywood in Kodachrome is a magnificent tribute to Hollywood's most beloved icons, captured at their glamorous best.

Kodachrome film saturated the 1940s with an unprecedented explosion of color. Movie audiences, accustomed to seeing photographs of their favorite stars on magazine covers, billboards, and cinema marquees in monochrome or black-and-white, were suddenly enthralled as their idols came to life in vibrant hues as flesh-and-blood human beings. For the first time, the world was treated to the glory of Rita Hayworth's auburn hair, Gary Cooper's blue eyes, Betty Grable's rosy cheeks, and the multicolored fruit bouquets of Carmen Miranda's hats. Curator and photographic preservationist David Wills has amassed one of the world's largest private collections of original Kodachromes and color photographs from the 1940s. Now, in Hollywood in Kodachrome, he has gathered spectacular, museum-quality work from many of the great photographers of Hollywood's golden era--George Hurrell, Clarence Sinclair Bull, John Engstead, Paul Hesse, Ernest Bachrach, Bernard of Hollywood, Robert Coburn, Ray Jones, Bud Fraker, Frank Powolny, Eugene Robert Richee, and many others--to create this stunning portfolio of images that pays homage to the richest, clearest, most brilliant, and archivally dependable film stock in history. Among the highlights: Rare and classic images digitally restored from their original 4x5, 5x7, and 8x10 Kodachrome sheet transparencies, vintage Carbro and dye transfer prints, and modern Cibachrome prints. Never-before-seen publicity photos, scene stills, and work shots from many of Hollywood's most beloved films of the 1940s. Previously unpublished portraits of Clark Gable, Bette Davis, Cary Grant, Lana Turner, Errol Flynn, Lucille Ball, Frank Sinatra, Elizabeth Taylor, John Wayne, Marilyn Monroe, and many others. Rare "posed candids" and behind-the-scenes photos of stars at play, poolside, relaxing at home, and with family. Unpublished outtakes of stars in famous ad campaigns, including Max Factor, Lux, Lipton Tea, Lucky Strike, and Royal Crown Cola. Never-before-seen WWII patriot photography of stars in service uniform and posing with the American flag. Pairing more than 250 first-generation photographs with vintage magazine covers, advertisements, movie posters, quotes from photographers, and a personal foreword by Hollywood's "Queen of Technicolor," Rhonda Fleming, Hollywood in Kodachrome is an unforgettable showcase of a time when movies were truly glamorous and color photography reigned supreme at its most luscious.

Australian-born David Wills is an independent curator, photographic preservationist, and editor who has accrued one of the world's largest independent archives of original photographs, negatives, and transparencies. He has contributed material to many publications and museums, including the Museum of Modern Art and the Metropolitan Museum of Art.

Wills has produced a series of photography exhibitions based on images from his archive. His shows have included "Murder, Models, Madness: Photographs from the Motion Picture "Blow-Up"," "Edie Sedgwick: Unseen Photographs of a Warhol Superstar,"