ISBN: 9781529034479
ANNOTATION:
A special 42nd anniversary edition of The Hitchhiker's Guide to the Galaxy Original Radio Scripts by Douglas Adams with an introduction from Simon Jones. 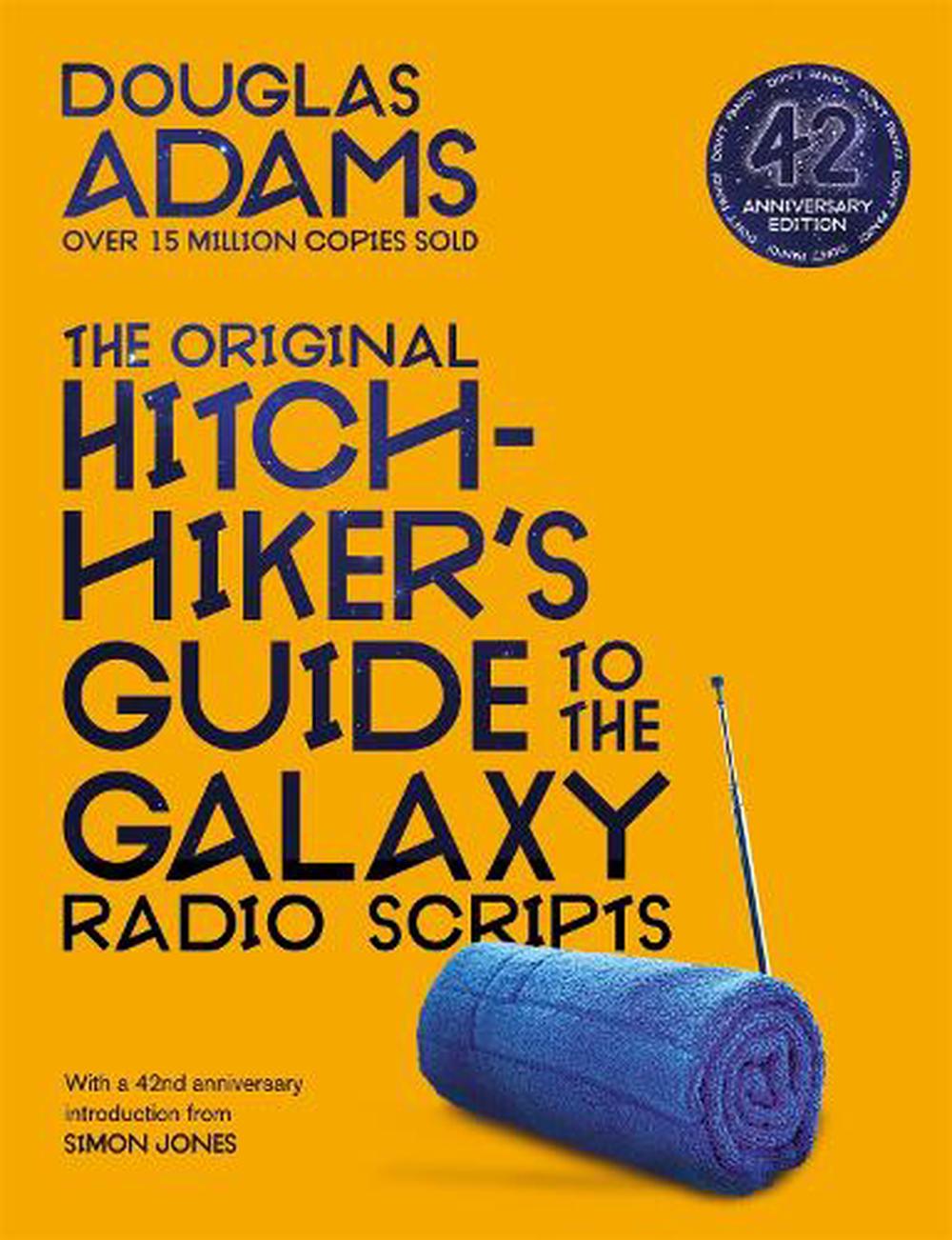 OTHER FORMATS:
ISBN: 9781529034479
ANNOTATION:
A special 42nd anniversary edition of The Hitchhiker's Guide to the Galaxy Original Radio Scripts by Douglas Adams with an introduction from Simon Jones.

A special 42nd anniversary edition of The Hitchhiker's Guide to the Galaxy Original Radio Scripts by Douglas Adams with an introduction from Simon Jones.

March 1978 saw the first ever transmission of Douglas Adams' The Hitchhiker's Guide to the Galaxy on BBC Radio 4; the beginning of a cult phenomenon.

March 2020 marks the 42nd anniversary of that first transmission - 42 being the answer, of course, to the Ultimate Question of Life, the Universe, and Everything. To mark the occasion, Pan Macmillan are bringing back into print The Hitchhiker's Guide to the Galaxy: The Original Radio Scripts with a brand-new introduction from Simon Jones.

This collection, which is a faithful reproduction of the text as it was first published in 1985, features all twelve original radio scripts - Hitchhiker as it was written and exactly as it was broadcast for the very first time. They include amendments and additions made during recordings and original notes on the writing and producing of the series by Douglas Adams and Geoffrey Perkins. For those who have always loved Douglas Adams, as well as for his new generation of fans, these scripts are essential reading and a must-have piece of Adams memorabilia.

This special anniversary edition will sit alongside reissued eye-catching editions of the five individual Hitchhiker books coming in May 2020: The Hitchhiker's Guide to the Galaxy, The Restaurant at the End of the Universe, Life, the Universe and Everything, So Long, and Thanks for All the Fish and Mostly Harmless.

Douglas Adams was born in 1952 and created all the various and contradictory manifestations of The Hitchhiker's Guide to the Galaxy: radio, novels, TV, computer game, stage adaptations, comic book and bath towel. He lectured and broadcast around the world and was a patron of the Dian Fossey Gorilla Fund and Save the Rhino International. Douglas Adams was born in Cambridge, UK and lived with his wife and daughter in Islington, London, before moving to Santa Barbara, California, where he died suddenly in 2001.

Magical . . . read this book Sunday Express Sheer delight The Times One of the world's sanest, smartest, kindest, funniest voices Independent on Sunday Very occasionally a book comes along that changes the way you laugh and what you laugh about -- Richard Dawkins Quite good I suppose, if you like brilliantly entertaining books written with a touch of imaginative genius -- Griff Rhys Jones There has never been another writer remotely like Douglas Adams. He discovered a completely new genre - scientific wit - and having discovered it he raised it to dizzying heights -- Tony Robinson He had almost a Wodehousian style and some of his phrases and jokes entered our language. He changed the way people spoke -- Stephen Fry