PUBLISHED: 6th May 2003
ISBN: 9780007158478
ANNOTATION:
In this hilarious book, the irrepressible Fox in Socks teaches a baffled Mr. Knox some of the slickest, quickest tongue-twisters in town. 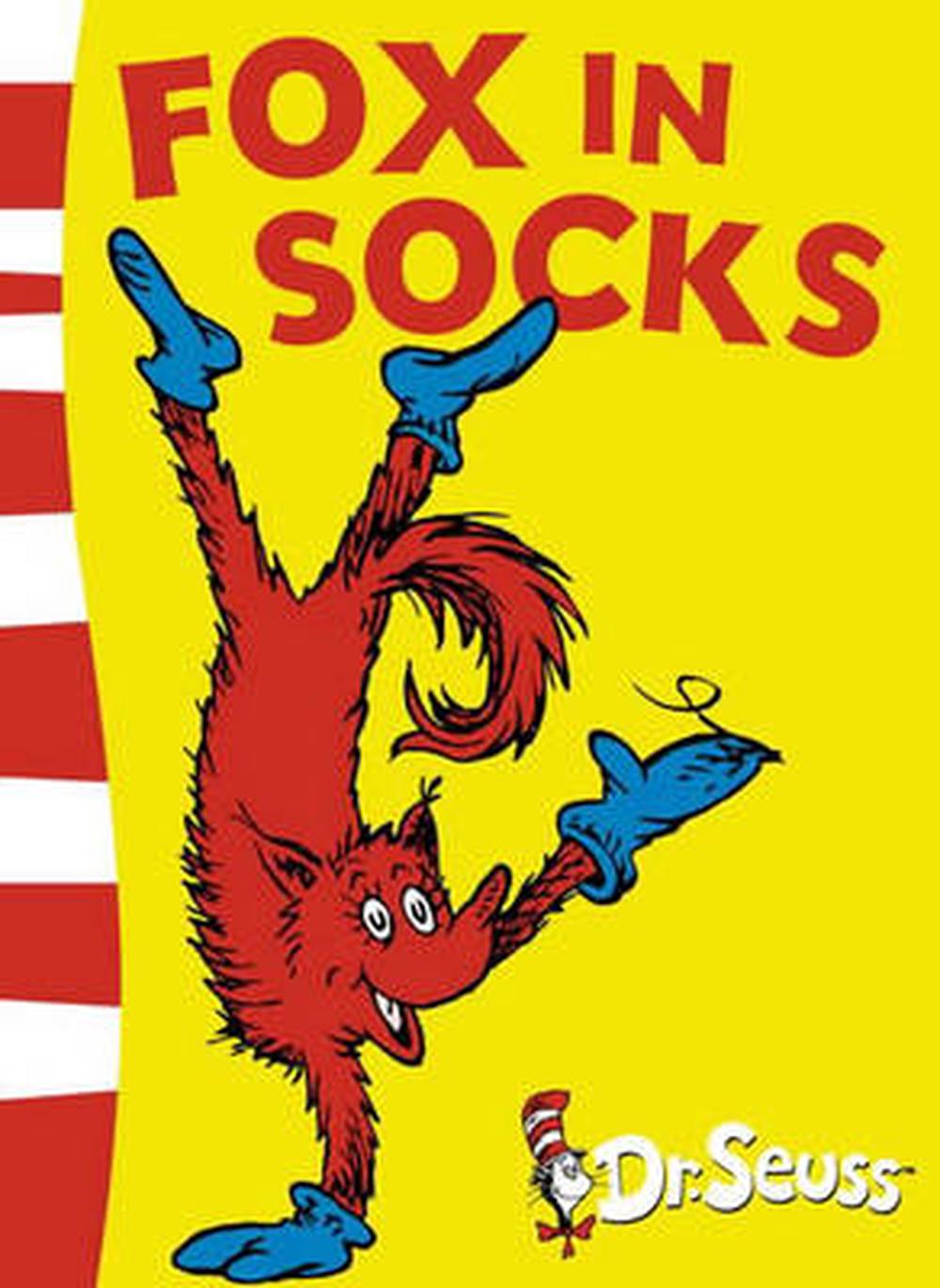 In this hilarious book, the irrepressible Fox in Socks teaches a baffled Mr. Knox some of the slickest, quickest tongue-twisters in town.

In this hilarious book, the irrepressible Fox in Socks teaches a baffled Mr. Knox some of the slickest, quickest tongue-twisters in town. With his unique combination of hilarious stories, zany pictures and riotous rhymes, Dr. Seuss has been delighting young children and helping them learn to read for over fifty years. Creator of the wonderfully anarchic Cat in the Hat, and ranked among the UK's top ten favourite children's authors, Seuss is firmly established as a global best-seller, with nearly half a billion books sold worldwide. As the first step in a major rebrand programme, HarperCollins is relaunching 17 of Dr. Seuss's best-selling books, including such perennial favourites as The Cat in the Hat, Green Eggs and Ham and Fox in Socks. In response to consumer demand, the bright new cover designs incorporate much needed guidance on reading levels, with the standard paperbacks divided into three reading strands - Blue Back Books for parents to share with young children, Green Back Books for budding readers to tackle on their own, and Yellow Back Books for older, more fluent readers to enjoy. Fox in Socks belongs to the Green Back Book range.

Theodor Seuss Geisel - better known to millions of his fans as Dr. Seuss - was born the son of a park superintendent in Springfield, Massachusetts, in 1904. After studying at Dartmouth College, New Hampshire, and later at Oxford University in England, he became a magazine humorist and cartoonist, and an advertising man. He soon turned his many talents to writing children's books, and his first book - And To Think That I Saw It On Mulberry Street - was published in 1937. His greatest claim to fame was the one and only The Cat in the Hat, published in 1957, the first of a successful range of early learning books known as Beginner Books.

Dr. Seuss ignites a child's imagination with his mischievous characters and zany verses. The Express