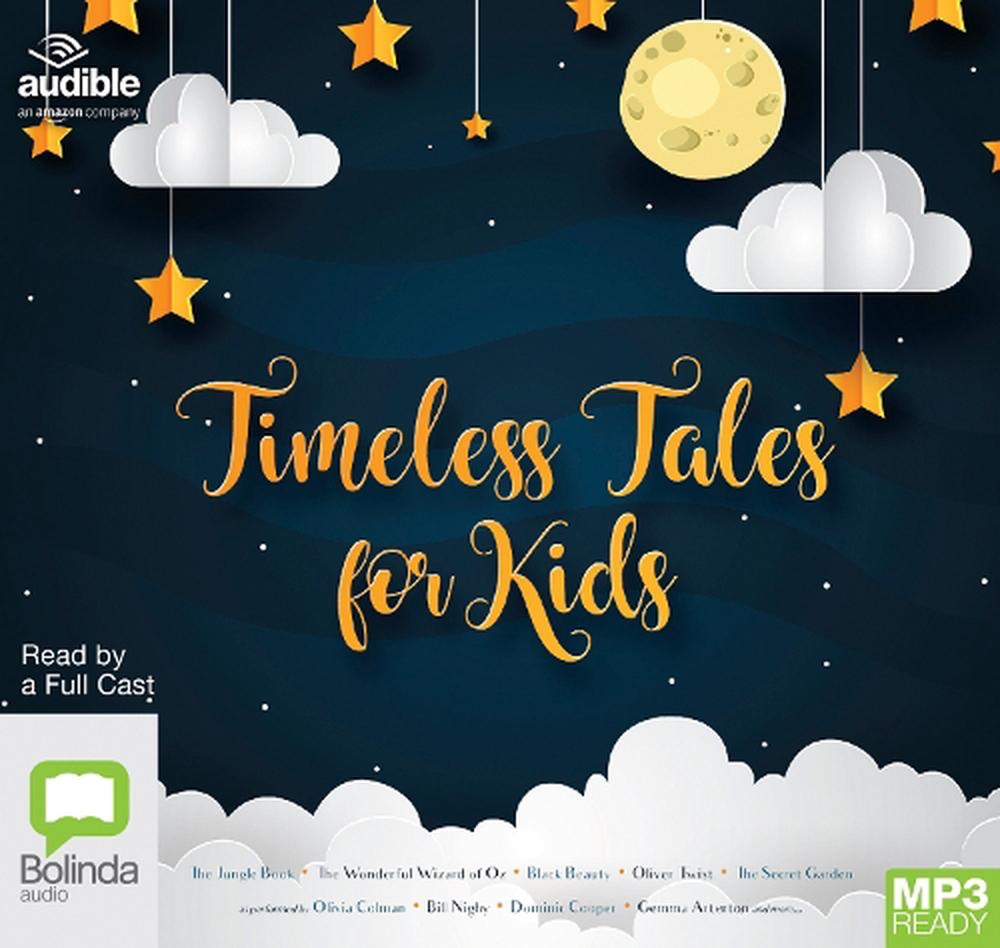 Bill Nighy reads a much-loved children's classic, The Wonderful Wizard of Oz, which continues to delight young and old with its enchanting tale of witches, flying monkeys and magical shoes.

Gemma Arterton reads Lewis Carroll's all-time classic, Alice's Adventures in Wonderland. Alice meets characters like the Queen of Hearts, the Mad Hatter and the Cheshire Cat in a story that has delighted and entranced readers for more than a hundred years.

Edith Nesbit was an English author and poet; she published her books for children under the name of E. Nesbit.

She wrote or collaborated on over 60 books of fiction for children. She was also a political activist and co-founded the Fabian Society, a socialist organisation later affiliated to the Labour Party. Charles John Huffam Dickens was an English writer and social critic. He created some of the world's most well-known fictional characters and is generally regarded as the greatest novelist of the Victorian period. Lewis Carroll (1832-1898) is the author of one of the world's most cherished books for children. Born in Cheshire, England, Lewis was also a mathematician, logician and photographer. His novels, Alice's Adventures in Wonderland and its sequel, Through the Looking Glass are international bestsellers and are loved by people of all ages. Joseph Rudyard Kipling was an English short-story writer, poet, and novelist. He wrote tales and poems of British soldiers in India and stories for children. Born on 12 December 1949 in Caterham, Surrey, England, Bill Nighy is an award-winning British character actor. After trying his hand at a number of jobs, including journalism, Nighy wound up training at Guildford School of Dance and Drama in London, and has since then worked consistently in film, television, and on stage.

Nighy is perhaps best-known to international audiences for his memorable performance as washed-up pop singer Billy Mack in Love Actually, which won him a BAFTA for best supporting actor. He has also made appearances in major franchises including the Underworld, Pirates of the Caribbean and Harry Potter series. Russell Tovey is an English actor with numerous television, film and stage credits. He has become a well-known name for his roles in programs such as Him and Her, Being Human, The History Boys and HBO's Looking. He also starred in the Broadway production of Arthur Miller's A View From the Bridge which won two Tony Awards in 2016. Olivia Colman is an Academy Award-winning English actress. She has also won four BAFTA awards and two Golden Globe awards. One of her first and most iconic roles was Sophie Chapman in Peep Show. Today, she is widely well-known for playing Queen Elizabeth II in Netflix's, The Crown (seasons three and four). In 2019, her role as Queen Anne in The Favourite earned her an Oscar for Best Performance in a Leading Role. Audible is a seller and producer of spoken audio entertainment, information, and educational programming on the Internet.