The Will to Climb: Obsession and Commitment and the Quest to Climb Annapurna--The World's Deadliest Peak

ISBN: 9780307720436
ANNOTATION:
The bestselling author of "No Shortcuts to the Top" and "K2" chronicles his three attempts to climb the world's 10th-highest and statistically deadliest peak in the Himalaya, while exploring the dramatic and tragic history of others who have made or attempted the ascent. 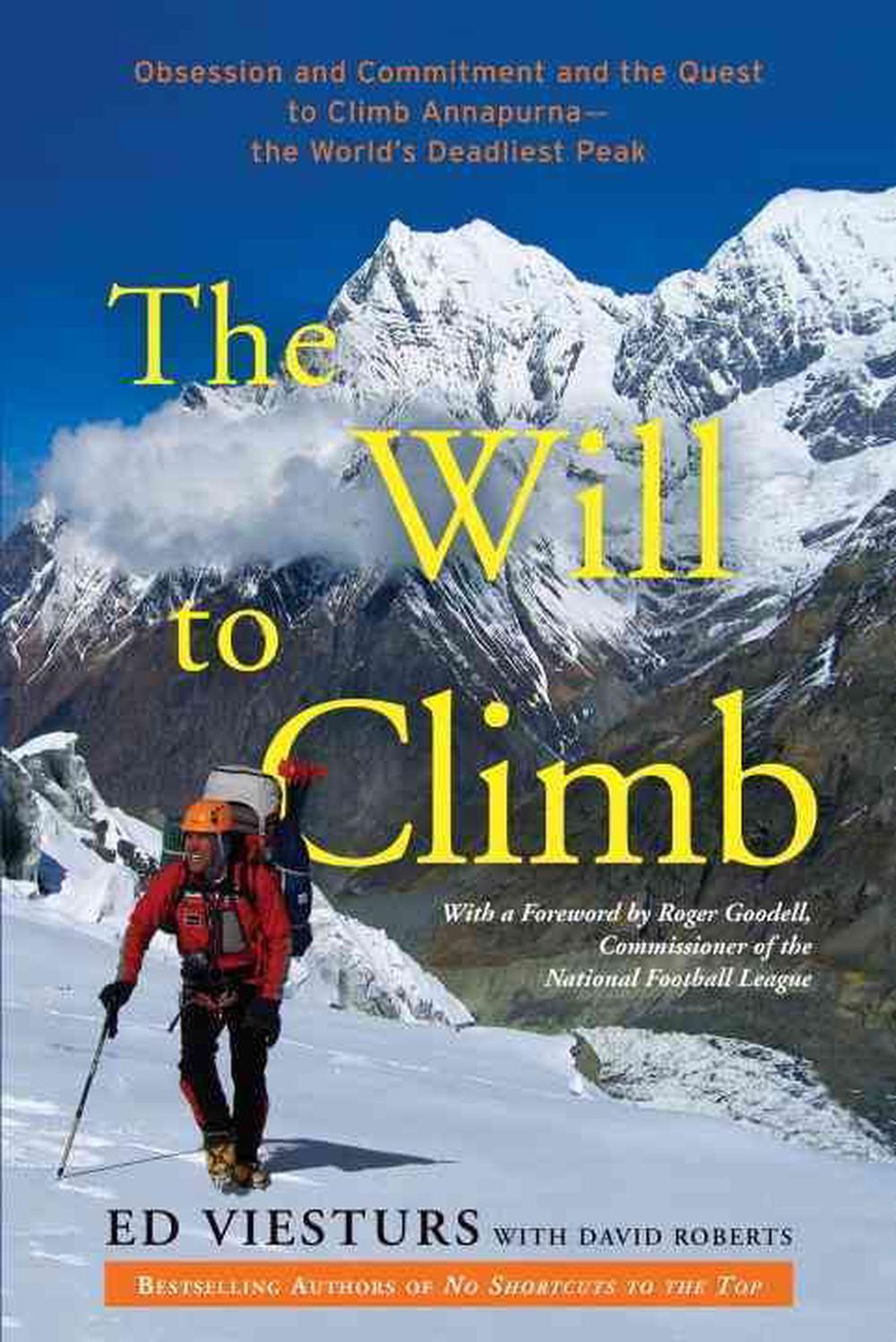 OTHER FORMATS:
ISBN: 9780307720436
ANNOTATION:
The bestselling author of "No Shortcuts to the Top" and "K2" chronicles his three attempts to climb the world's 10th-highest and statistically deadliest peak in the Himalaya, while exploring the dramatic and tragic history of others who have made or attempted the ascent.

The bestselling author of "No Shortcuts to the Top" and "K2" chronicles his three attempts to climb the world's 10th-highest and statistically deadliest peak in the Himalaya, while exploring the dramatic and tragic history of others who have made or attempted the ascent.

The bestselling author of No Shortcuts to the Top and K2 chronicles his three attempts to climb the world's tenth-highest and statistically deadliest peak, Annapurna in the Himalaya, while exploring the dramatic and tragic history of others who have made -- or attempted - the ascent, and what these exploits teach us about facing life's greatest challenges. As a high school student in the flatlands of Rockford, Illinois, where the highest objects on the horizon were water towers, Ed Viesturs read and was captivated by the French climber Maurice Herzog's famous and grisly account of the first ascent of Annapurna in 1950. When he began his own campaign to climb the world's 14 highest peaks in the late 1980s, Viesturs looked forward with trepidation to undertaking Annapurna himself. Two failures to summit in 2000 and 2002 made Annapurna his nemesis. His successful 2005 ascent was the triumphant capstone of his climbing quest. In The Will To Climb Viesturs brings the extraordinary challenges of Annapurna to vivid life through edge-of-your-seat accounts of the greatest climbs in the mountain's history, and of his own failed attempts and eventual success. In the process he ponders what Annapurna reveals about some of our most fundamental moral and spiritual questions--questions, he believe, that we need to answer to lead our lives well.

"Of all fourteen of the world's highest mountains, which I climbed between 1989 and 2005," writes Viesturs, "the one that came the closest to defeating my best efforts was Annapurna." Although it was the first 8,000-meter peak to be climbed, Annapurna is not as well known as the world's highest mountain, Everest, or second highest, K2. But as Viesturs argues, Annapurna, while not technically the most difficult of the 8,000ers, is the most daunting because it has no route--no ridge or face on any side of the mountain--that is relatively free of what climbers call "objective danger"-the threat of avalanches, above all, but also of collapsing seracs (huge ice blocks), falling rocks, and crevasses. Since its first ascent in 1950, Annapurna has been climbed by more than 130 people, but 53 have died trying. This high fatality rate makes Annapurna the most dangerous of the 8,000-meter peaks. Viesturs and co-author David Roberts chronicle Ed's three attempts to climb Annapurna, as well as the attempts of others, from the two French climbers who made the landmark first ascent of Annapurna on June 3, 1950, through the daring and tragic campaigns of such world-class mountaineers as Reinhold Messner and Anatoli Boukreev. Viesturs's accounts and analyses of these extraordinary adventures serve as a point of departure for his exploration of themes vividly illustrated by Annapurna expeditions, including obsession and commitment, fear and fulfillment, failure and triumph--issues that have been neglected in the otherwise very rich literature of mountaineering, and that can inform the lives and actions of everyone.

ED VIESTURS still climbs and seeks out new adventures. He lives on Bainbridge Island, Washington, with his wife and three children. DAVID ROBERTS is a veteran author of mountaineering books, including "On the Ridge Between Life and Death."

Praise for The Will to Climb "The Will to Climb captures the essence and spirit of the great sport of mountaineering... For anyone who loves the outdoors and for those who admire the will of mankind, this book is a must-read." --Tod Leiweke, CEO of Tampa Bay Lightning

"Viesturs and Roberts have written an exhaustively researched and wonderfully compelling history of the most fascinating and dangerous of the Himalayan giants." --David Breashers, veteran mountaineer and documentary filmmaker, director of IMAX film Everest

"A detailed, nicely told account of a man's endurance and perseverance in achieving a singular goal." --Publishers Weekly