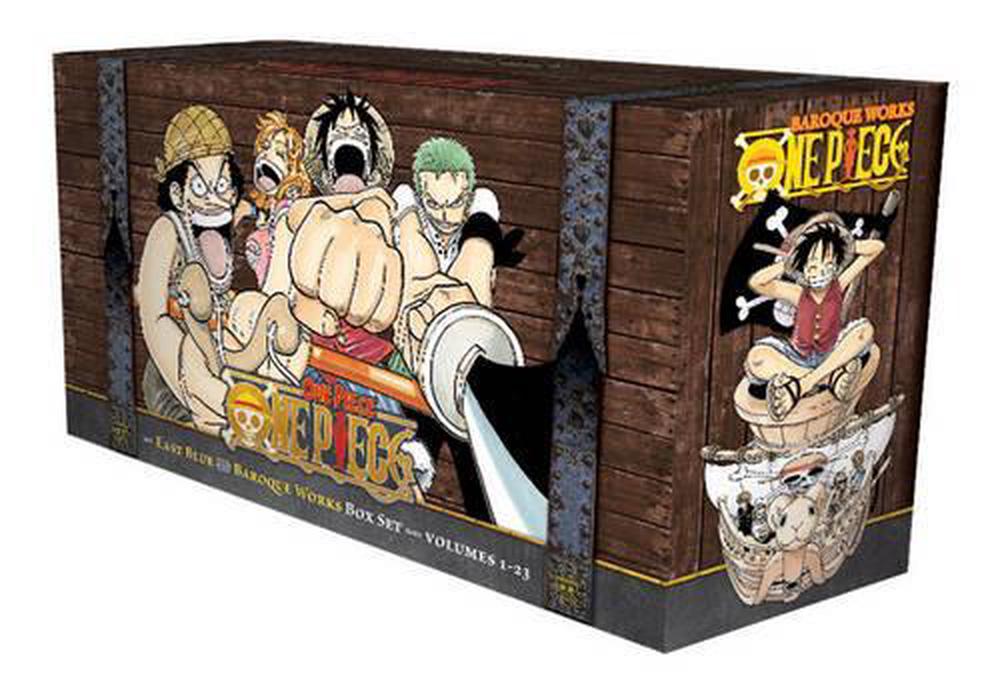 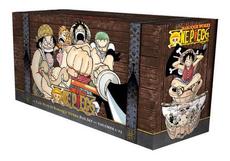 A premium box set of the first two story arcs of One Piece, one of the most beloved and bestselling manga series of all time!

As a child, Monkey D. Luffy dreamed of becoming King of the Pirates. But his life changed when he accidentally ate the Gum-Gum Fruit, an enchanted Devil Fruit that gave him the ability to stretch like rubber. Its only drawback? He'll never be able to swim again--a serious handicap for an aspiring sea dog! Years later, Luffy sets off on his quest to find the "One Piece," said to be the greatest treasure in the world...

This box set includes volumes 1-23, which comprise the first two story arcs, East Blue and Baroque Works. With exclusive premiums and great savings over buying the individual volumes, this set is a pirate's treasure for any manga fan!

Eiichiro Oda began his manga career at the age of 17, when his one-shot cowboy manga Wanted! won second place in the coveted Tezuka manga awards. Oda went on to work as an assistant to some of the biggest manga artists in the industry, including Nobuhiro Watsuki, before winning the Hop Step Award for new artists. His pirate adventure One Piece, which debuted in Weekly Shonen Jump magazine in 1997, quickly became one of the most popular manga in Japan.