(1 review)
PUBLISHED: 30th June 2009
ISBN: 9783836510219
ANNOTATION:
An unprecedented event in architecture history, the Case Study Houses program gave America new models for residential living. This comprehensive account of the project presents each of the 36 prototype homes through floor plans, sketches, and photographs, and explores how architects like Richard Neutra, Charles and Ray Eames, and Eero Saarinen... 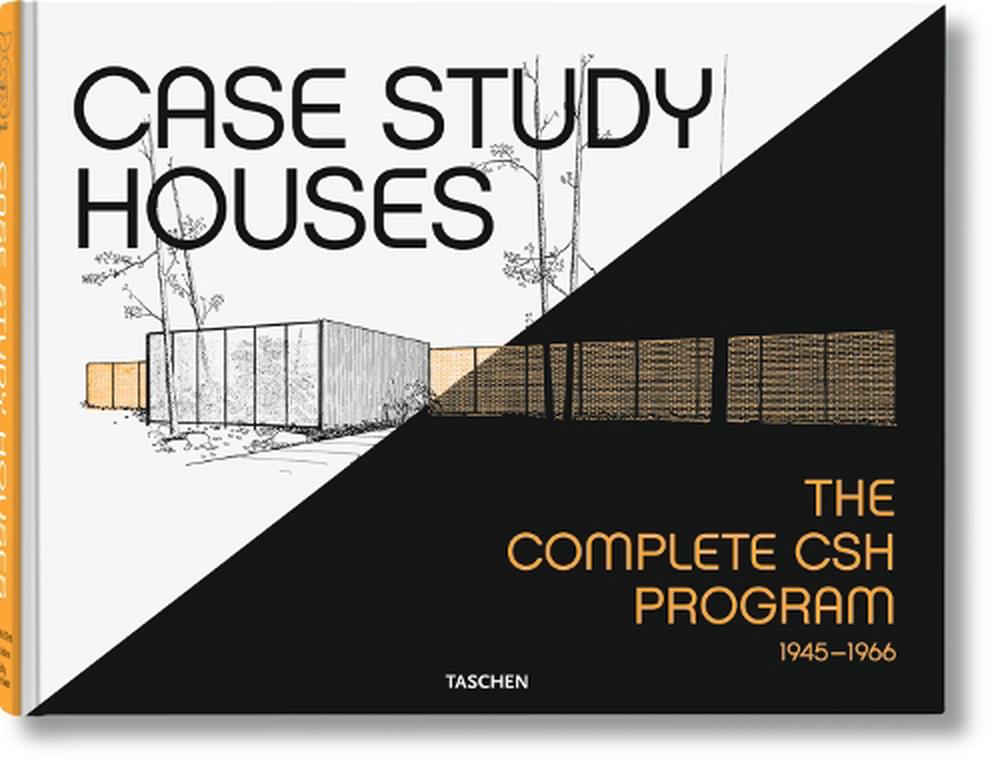 OTHER FORMATS:
PUBLISHED: 30th June 2009
ISBN: 9783836510219
ANNOTATION:
An unprecedented event in architecture history, the Case Study Houses program gave America new models for residential living. This comprehensive account of the project presents each of the 36 prototype homes through floor plans, sketches, and photographs, and explores how architects like Richard Neutra, Charles and Ray Eames, and Eero Saarinen...

An unprecedented event in architecture history, the Case Study Houses program gave America new models for residential living. This comprehensive account of the project presents each of the 36 prototype homes through floor plans, sketches, and photographs, and explores how architects like Richard Neutra, Charles and Ray Eames, and Eero Saarinen...

The Case Study House program (1945-66) was an exceptional, innovative event in the history of American architecture and remains to this day unique. The program, which concentrated on the Los Angeles area and oversaw the design of 36 prototype homes, sought to make available plans for modern residences that could be easily and cheaply constructed during the postwar building boom.

The program's chief motivating force was Arts & Architecture editor John Entenza, a champion of modernism who had all the right connections to attract some of architecture's greatest talents, such as Richard Neutra, Charles and Ray Eames, and Eero Saarinen. Highly experimental, the program generated houses that were designed to redefine the modern home, and thus had a pronounced influence on architecture-American and international-both during the program's existence and even to this day.

TASCHEN brings you a monumental retrospective of the entire program with comprehensive documentation, brilliant photographs from the period and, for the houses still in existence, contemporary photos, as well as extensive floor plans and sketches.

Elizabeth A. T. Smith is Executive Director of the Helen Frankenthaler Foundation, based in New York. Previously, she was Executive Director, Curatorial Affairs, at the Art Gallery of Ontario in Toronto; Chief Curator and Deputy Director of Programs at the Museum of Contemporary Art in Chicago, and Curator at the Museum of Contemporary Art in Los Angeles. While at LA MOCA she curated the 1989 exhibition Blueprints for Modern Living: History and Legacy of the Case Study Houses. She has curated, published, and lectured widely on a variety of topics in contemporary art and architecture. Peter Goessel runs an agency for museum and exhibition design. He has published TASCHEN monographs on Julius Shulman, R. M. Schindler, John Lautner, and Richard Neutra, as well as several titles in the Basic Architecture series. American photographer Julius Shulman's images of Californian architecture have burned themselves into the retina of the 20th century. A book on modern architecture without Shulman is inconceivable. Some of his architectural photographs, like the iconic shots of Frank Lloyd Wright's or Pierre Koenig's remarkable structures, have been published countless times. The brilliance of buildings like those by Charles Eames, as well as those of his close friend, Richard Neutra, was first brought to light by Shulman's photography. The clarity of his work demanded that architectural photography had to be considered as an independent art form. Each Shulman image unites perception and understanding for the buildings and their place in the landscape. The precise compositions reveal not just the architectural ideas behind a building's surface, but also the visions and hopes of an entire age. A sense of humanity is always present in his work, even when the human figure is absent from the actual photographs. Today, a great many of the buildings documented by Shulman have disappeared or been crudely converted, but the thirst for his pioneering images is stronger than ever before.

"You need a California workout to lift it, but the book, an exhaustive homage to the houses, is worth the effort." "Thirty of the projects from the magazine's Case Study program are portrayed in stunning photographs, detailed drawings, and clear essays." "Lavishly produced, handsomely illustrated." "...long and lean, just like a cantilevered Koenig or an elegant Ellwood." "The large book lushly renders each project in colour and in gorgeous black, sepia and white."