From Here on, Monsters

PUBLISHED: 23rd July 2019
ISBN: 9781760781132
ANNOTATION:
A Naomi Alderman, Paul Auster or Emily St John Mandel for Australian letters - Elizabeth Bryer is a powerful new voice: an imagination like no other. 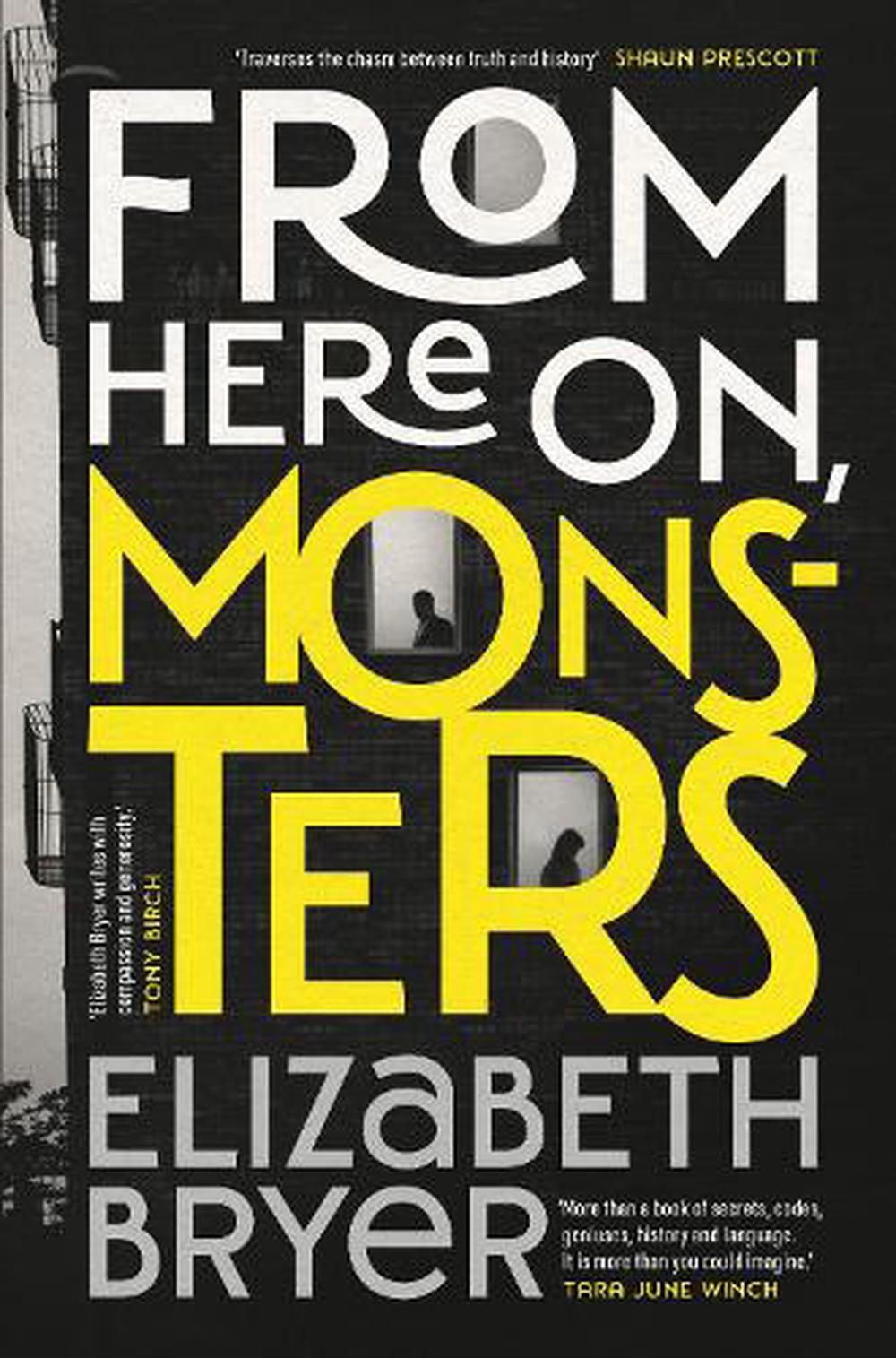 OTHER FORMATS:
PUBLISHED: 23rd July 2019
ISBN: 9781760781132
ANNOTATION:
A Naomi Alderman, Paul Auster or Emily St John Mandel for Australian letters - Elizabeth Bryer is a powerful new voice: an imagination like no other.

A Naomi Alderman, Paul Auster or Emily St John Mandel for Australian letters - Elizabeth Bryer is a powerful new voice: an imagination like no other.

In a city locked in a kind of perpetual twilight, antiquarian bookseller Cameron Raybould accepts a very strange commission - the valuation of a rare codex.

Within its fragile pages Cameron makes a curious discovery. Although seemingly ancient, the codex tells of a modern mystery: an academic missing for eleven years. Stranger still, as finding the truth becomes ever more of an obsession, Cameron begins to notice frightening lapses in memory. As if, all around, words, images, even people are beginning to fade from sight. As if unravelling the riddle of this book may be unravelling the nature of reality itself. And something frightening and unknown is taking its place...

PRAISE FOR FROM HERE ON, MONSTERS

'A novel that places the reader into the abyss of storytelling. this is more than a book of secrets, codes, geniuses, history and language. It is more than you could imagine.' Tara June Winch

'This strange and wonderful novel delights with its language games, but it also understands that such shenanigans are never just games. Words have an impact on how we understand reality. Words can damage humans of flesh and blood. In From Here On, Monsters, Bryer shows us how language is integral to our humanity.' Saturday Paper

Elizabeth Bryer grew up in Heyfield and now lives in Birraranga/Melbourne, on never-ceded sovereign lands of the Gunaikurnai and Kulin nations respectively. Novels she has translated from Spanish include Claudia Salazar Jimenez's Blood of the Dawn (Deep Vellum, 2016) and Aleksandra Lun's The Palimpsests (David R. Godine, 2019), for which she was awarded a PEN/Heim from PEN America. She was inaugural translations editor of The Lifted Brow, and she is still hanging around at Brow Books.

A Naomi Alderman, Paul Auster or Emily St John Mandel for Australian letters - Elizabeth Bryer is a powerful new voice: an imagination like no other.