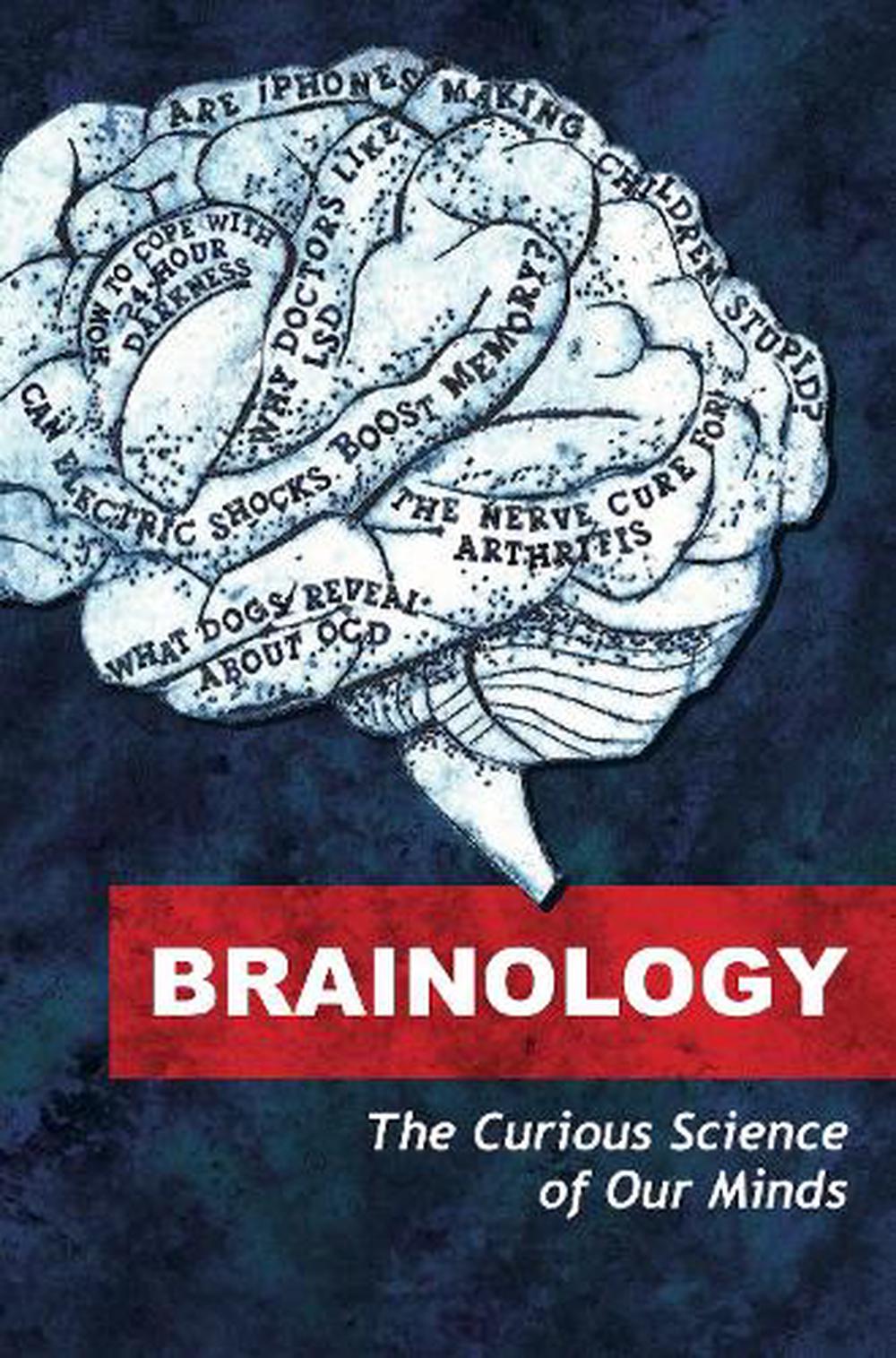 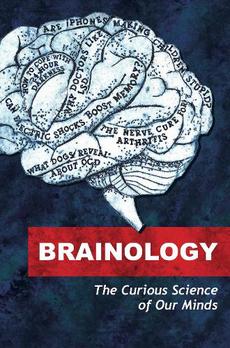 ISBN: 9781912454006
ANNOTATION:
Ever wondered how people cope with 24-hour darkness or if smartphones make children stupid? Have you heard about the US plan to supercharge minds? Originally written for the Wellcome charity, these 16 stories explore the mysteries of the human brain. Learn about everything from the science of pain to VR surgery to the therapeutic quality of LSD.
$27.58
Or pay later with

OTHER FORMATS:
ISBN: 9781912454006
ANNOTATION:
Ever wondered how people cope with 24-hour darkness or if smartphones make children stupid? Have you heard about the US plan to supercharge minds? Originally written for the Wellcome charity, these 16 stories explore the mysteries of the human brain. Learn about everything from the science of pain to VR surgery to the therapeutic quality of LSD.

Ever wondered how people cope with 24-hour darkness or if smartphones make children stupid? Have you heard about the US plan to supercharge minds? Originally written for the Wellcome charity, these 16 stories explore the mysteries of the human brain. Learn about everything from the science of pain to VR surgery to the therapeutic quality of LSD.

16 revealing stories about the human brain Ever wondered how Scandinavians cope with 24-hour darkness, why we feel pain - or whether smartphones really make children stupid?Have you heard about the US army's research into supercharging minds?You need some Brainology . Written for Wellcome, the health charity, these stories follow doctors as they solve the puzzle of our emotions, nerves and behaviour.Aimed at the general reader, they fascinate and intrigue. Sample the start of the first chapter. EXCERPT: Ouch! The science of pain John Walsh One night in May, my wife sat up in bed and said, 'I ve got this awful pain just here.' She prodded her abdomen and made a face. 'It feels like something's really wrong.' Woozily noting that it was 2am, I asked what kind of pain it was. 'Like something s biting into me and won t stop,' she said.'Hold on,' I said blearily, 'help is at hand.' I brought her a couple of ibuprofen with some water, which she downed, clutching my hand and waiting for the ache to subside.An hour later, she was sitting up in bed again, in real distress. 'It s worse now,' she said, 'really nasty. Can you phone thedoctor?' Miraculously, the family doctor answered the phone at 3am, listened to her recital of symptoms and concluded, 'It might be your appendix. Have you had yours taken out?' No, she hadn't. 'It could be appendicitis,' he surmised, 'but if it was dangerous you'd be in much worse pain than you re in. Go to the hospital in the morning, but for now, take some paracetamol and try to sleep.'Barely half an hour later, the balloon went up. She was awakened for the third time, but now with a pain so savage and uncontainable it made her howl like a tortured witch face down on a bonfire. The time for murmured assurances and spousal procrastination was over. I rang a local minicab, struggled into my clothes, bundled her into a dressing gown, and we sped to St Mary's Paddington at just before 4am.The flurry of action made the pain subside, if only through distraction, and we sat for hours while doctors brought forms to be filled, took her blood pressure and ran tests. A registrar poked a needle into my wife's wrist and said, 'Does that hurt? Does that? How about that?' before concluding: 'Impressive. You have a very high pain threshold.'The pain was from pancreatitis, brought on by rogue gallstones that had escaped from her gall bladder and made their way, like fleeing convicts, to a refuge in her pancreas, causing agony. She was given a course of antibiotics and, a month later, had an operation to remove her gall bladder.'It's keyhole surgery,' said the surgeon breezily, 'so you ll be back to normal very soon. Some people feel well enough to take the bus home after the operation.' His optimism was misplaced. My lovely wife, she of the admirably high pain threshold, had to stay overnight, and came home the following day filled with painkillers; when they wore off, she writhed with suffering. After three days she rang the specialist, only to be told: 'It s not the operation that s causing discomfort it's the air that was pumped inside you to separate the organs before surgery.' Like all too many surgeons, they had lost interest in the fallout once the operation had proved a success.During that period of convalescence, as I watched her grimace and clench her teeth and let slip little cries of anguish until a long regimen of combined ibuprofen and codeine finally conquered the pain, several questions came into my head. Chief among them was: Can anyone in the medical profession talk about pain with any authority? From the family doctor to the surgeon, their remarks and suggestions seemed tentative, generalised, unknowing.. Buy the book and carry on reading

Contents Ouch! The science of pain - John Walsh Why doctors are reclaiming LSD and ecstasy - Sam Wong Inside the mind of an interpreter - Geoff Watts How should we deal with dark winters? - Linda Geddes Smartphones won't make your kids dumb (Probably) - Olivia Solon You can train your mind into 'receiving' medicine - Jo Marchant Charting the phenomenon of deep grief - Andrea Volpe The mirror cure for phantom limb pain - Srinath Perur Can you think yourself into a different person? - Will Storr How to survive a troubled childhood - Lucy Maddox What tail-chasing dogs reveal about humans - Shayla Love A central nervous solution to arthritis - Gaia Vince Could virtual reality headsets relieve pain? - Jo Marchant What it means to be homesick in the 21st Century - John Osborne Lighting up brain tumours with Project Violet - Alex O'Brien The US military plan to supercharge brains - Emma Young

A companion to Bodyology, Brainology consists of articles originally published on the Mosaic Science website and funded by medical charity Wellcome. These are well-written, professional articles: if you hit on a topic that interest you, it's very easy to be sucked in. Because I'm not a great fan of medical journalism, I was less interested by topics such as 'the nerve cure for arthritis' and 'you can train your body to receive medicine.' However, some of the other articles really rewarded my read: for example, 'How should we deal with dark winters' and (despite the 'doctor' word) 'How doctors are reclaiming LSD', which was genuinely interesting on the history of attempts to use LSD and MDMA for medical purposes (though perhaps a little light on the deaths allegedly caused by the latter). For me, though, the standout article was 'What tail-chasing dogs reveal about humans', which uses studies of the compulsive behaviour of dogs to try to get insights into OCD. If I'm honest, I wasn't very interested in the human side, but the idea that dogs could have such behaviour - one dog, for example, apparently had to put seven pieces of food into recesses in a couch before eating - was fascinating. In reviewing Bodyology, I complained about the over-heavy use of 'true life stories'. This is also the case with Brainology, though more of them here are first person, which tend to have less of the over-dramatised wording. Perhaps because of limiting the book to a single organ - even one as interesting as the brain - though, I found there were fewer stories that really grabbed me. However, the ones that did were superb. As with Bodyology, it's a great collection to dip into for a single item as a quick read - though it's very tempting then to read just one more. And another. Makes a potentially heavy topic approachable and fascinating.