ISBN: 9783319514116
ANNOTATION:
They should allow the reader to comment on new results about plate tectonics, marine sedimentation from the coasts to the deep sea, climatological aspects, paleoceanology and the use of the sea floor. The text tries to transmit to the reader excitement of marine geological research both aboard and in modern laboratories. 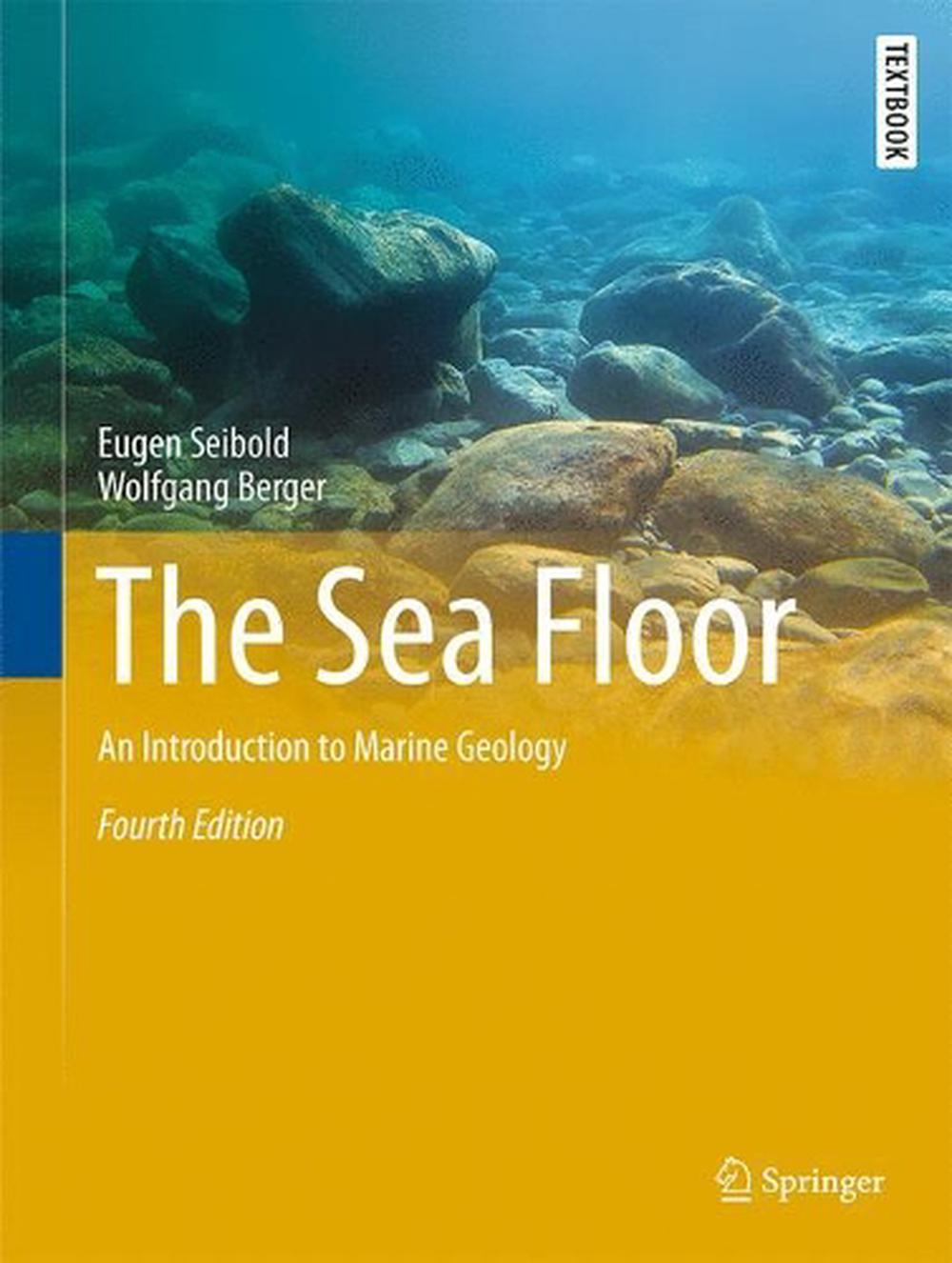 OTHER FORMATS:
ISBN: 9783319514116
ANNOTATION:
They should allow the reader to comment on new results about plate tectonics, marine sedimentation from the coasts to the deep sea, climatological aspects, paleoceanology and the use of the sea floor. The text tries to transmit to the reader excitement of marine geological research both aboard and in modern laboratories.

They should allow the reader to comment on new results about plate tectonics, marine sedimentation from the coasts to the deep sea, climatological aspects, paleoceanology and the use of the sea floor.

The text tries to transmit to the reader excitement of marine geological research both aboard and in modern laboratories.

This textbook deals with the most important items in Marine Geology, including some pioneer work. The list of topics has grown greatly in the last few decades beyond the items identified by Eugen Seibold as central and now includes prominently such things as methane and climate change; that is, the carbon cycle and the Earth system as a whole.

Relevant geophysical, geochemical, sedimentological and paleontological methods are shortly described. They should allow the reader to comment on new results about plate tectonics, marine sedimentation from the coasts to the deep sea, climatological aspects, paleoceanology and the use of the sea floor.

The text tries to transmit to the reader excitement of marine geological research both aboard and in modern laboratories. Basic mineralogical, geochemical, biological and other relevant data and a detailed list of books and symposia are given in an Appendix. This Introduction builds on the third edition of "The Sea Floor" by E. Seibold and W.H. Berger. While much of the original text was written by Seibold, a considerable portion of the material presented in this edition is new, taking into account the recent great shift in marine geological research, some of it with great relevance to human concerns arising in a rapidly changing world.

Seibold's many contributions to geology were well recognized - he was a recipient of internationally known awards (e.g., the Gustav-Steinmann Medal, the Hans-Stille Medal, the Leopold-von-Buch Plakette), as well as the Walter-Kertz Medal in Geophysics and the Blue Planet Prize of the Asahi Foundation. The Asahi Foundation's prize especially recognizes contributions of relevance to society. The prize was used, in part, to fund the Eugen and Ilse Seibold Prize, an award furthering Japanese-German scientific interaction.

Among outstanding paradigms within Seibold's many contributions (including geologic education) one might emphasize his insights regarding the role of exchange between marginal basins and the open sea in determining the deposits accumulating in shelf basins. He assigned an estuarine-type exchange to black shale sedimentation and an anti-estuarine type to carbonate deposits. Both types of sediment are prominent in the geologic record (and are conspicuous in the Jurassic of southern Germany, his original training ground). Significantly, black shales are commonly a source for hydrocarbon products, while carbonates often serve as reservoir rocks. Obviously, both rock types help define our time in human history. It is typical for Seibold that he thought we should know about their origin.

Wolfgang Berger is an acclaimed researcher in micropaleontology, marine geology, and oceanography. He has published over 200 research articles and several books on a broad array of topics in oceanography and on climate change. Berger earned numerous medals and prizes during his career, among others the Bigelow Medal, the Humboldt Award, and the Steinmann Medal.

Berger earned in 1961 his Vordiplom degree in geology at the University of Erlangen and in 1963 his master's degree in geology at the University of Colorado in Boulder. In 1968 he received his PhD in oceanography from the University of California, San Diego (UCSD). From 1968 to 1970 he did research at the UCSD's Scripps Institution of Oceanography, and in 1970/1971 he was an Assistant at the Geological Institute of the University of Kiel. In 1971 he became an assistant professor, in 1974 an associate professor, and then in 1981 a professor at the Scripps Institution, where he was in 1996/1997 the interim director. In 1997 Berger became the director of the California Space Institute in San Diego.

His research is especially concerned with the ecology of planktonic foraminifera and the reconstruction of the climate and the marine environment of the Cenozoic.

1 Origin and Morphology of Ocean Basins.- 2 Origin and Morphology of Ocean Margins.- 3 Sources and Composition of Marine Sediments.- 4 Effects of Waves and Currents.- 5 Sea Level Processes and Effects of Sea Level Change.- 6 Productivity and Benthic Organisms - Distribution, Activity, and Environmental Reconstruction.- 7 Imprint of Climatic Zonation on Marine Sediments.- 8 Deep-Sea Sediments - Patterns, Processes, and Stratigraphic Methods.- 9 Paleoceanography - The Deep-Sea Record.- 10 Resources from the Ocean Floor.- Epilog.- List of Books and Symposia.- A1 Conversion Between Common US Units and Metric Units.- A2 Topographic Statistics.- A3 The Geologic Time Scale.- A4 Common Minerals.- A5 Grain Size Classification for Sediments.- A6 Common Rock Types.- A7 Geochemical Statistics.- A8 Radio-Isotopes and Dating.- A9 Systematic Overview for Major Groups of Common Marine Organisms Important in Sea floor Processes.- Index of Names.

Selected by Choice magazine as an Outstanding Academic Title for 2017

"The fourth edition incorporates a significant amount of new material, especially from geophysics and deep-ocean coring. ... This edition includes a short glossary used primarily to define phrases or point to their occurrence in the text. ... Summing Up: Highly recommended. Upper-division undergraduates and above; faculty and professionals." (L. S. Zipp, Choice, Vol. 55 (4), December, 2017)