I Could Pee on This

PUBLISHED: 1st October 2012
ISBN: 9781452110585
ANNOTATION:
In this hilarious book of tongue-in-cheek poetry, the author of the internationally syndicated comic strip "Sally Forth" helps cats unlock their creative potential and explain their odd behavior to ignorant humans. 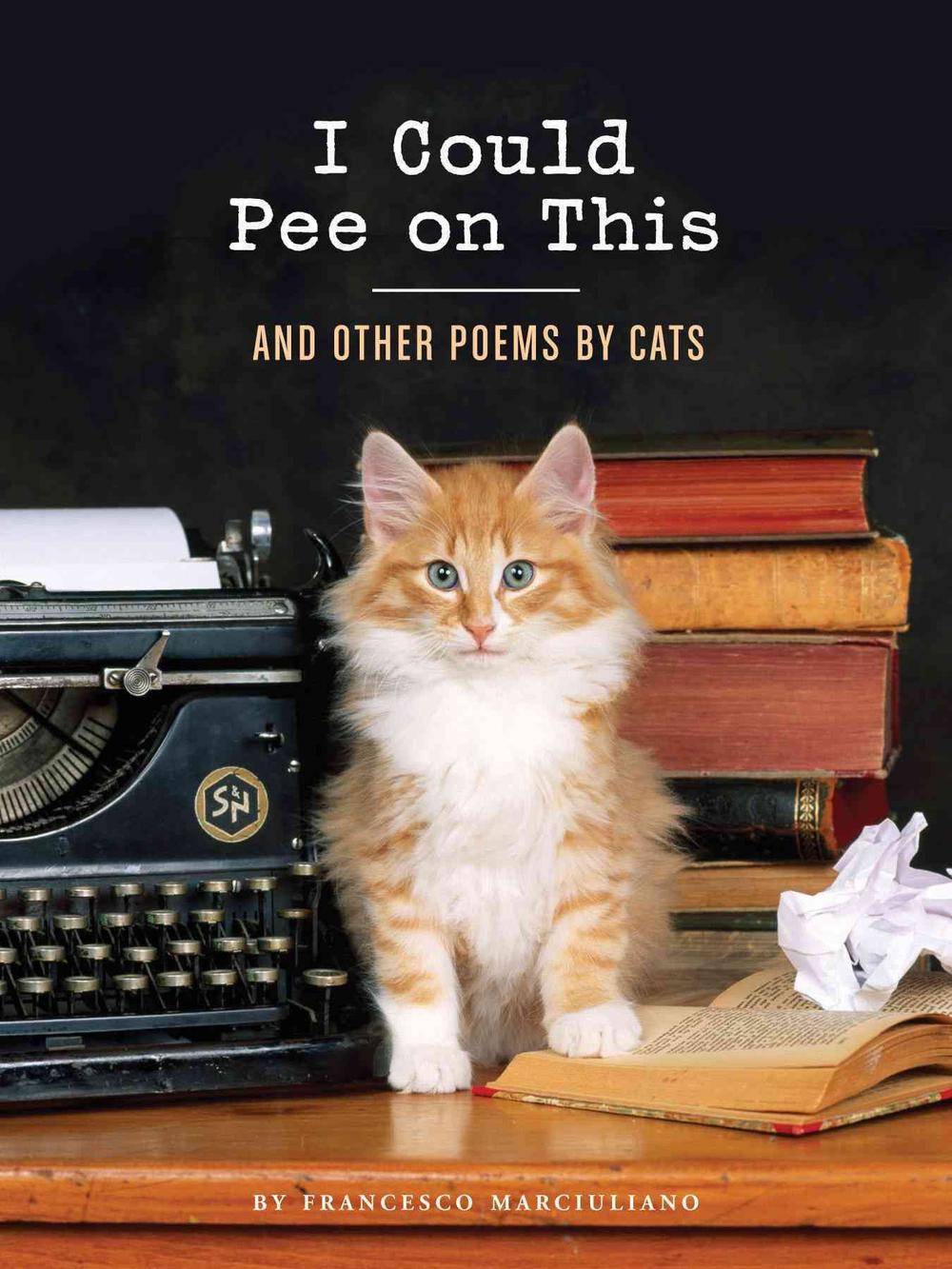 In this hilarious book of tongue-in-cheek poetry, the author of the internationally syndicated comic strip "Sally Forth" helps cats unlock their creative potential and explain their odd behavior to ignorant humans.

Cat lovers will laugh out loud at the quirkiness of their feline friends with these insightful and curious poems from the singular minds of housecats. In this hilarious book of tongue-in-cheek poetry, the author of the internationally syndicated comic strip Sally Forth helps cats unlock their creative potential and explain their odd behavior to ignorant humans. With titles like "Who Is That on Your Lap?," "This Is My Chair," "Kneel Before Me," "Nudge," and "Some of My Best Friends Are Dogs," the poems collected in I Could Pee on This perfectly capture the inner workings of the cat psyche. With photos of the cat authors throughout, this whimsical volume reveals kitties at their wackiest, and most exasperating (but always lovable).

Francesco Marciuliano is the author of Sally Fourth, an internationally syndicated family comic strip that appears in nearly 800 newspapers around the world. In addition to his cartoon work, Francesco's writing has also appeared in The Onion News Network, TimeOut New York, McSweeney's and numerous other publications online and in print. Over the years he ahs developed a sizable and steadfast audience though his web endeavors, including his very popular blog, his long-running webcomic Medium Large and his years of chronicling his rather unusually childhood online.

"Cats. They pee on our clothes, bang on our doors all night (and refuse to come in when we open it for them), and turn Christmas trees into their personal jungle gyms. So what goes through their heads? This book of poems written from the perspective of a destructive house cat attempts to answer these mysteries. It's the ideal gift for someone with a fuzzy ball of destruction of their own at home." -MentalFloss "Poems by cats? Honestly? Yes."I Could Pee on This: And Other Poems by Cats' once opened, is as evil as an evil little book can get. It went from desk to desk to desk here at The Post, clawing anyone who's had or known a feline into its silly spell and sucking precious tens of minutes into its hairy vortex. In four cat-egories - family, work, play, and existence - Francesco Marciuliano (writer of the comic strip "Sally Forth") has given voice to cats' 'every desire, their every conflict, their every epiphany.' Also why they'll put an entire paw in your wine glass when you have a date over."