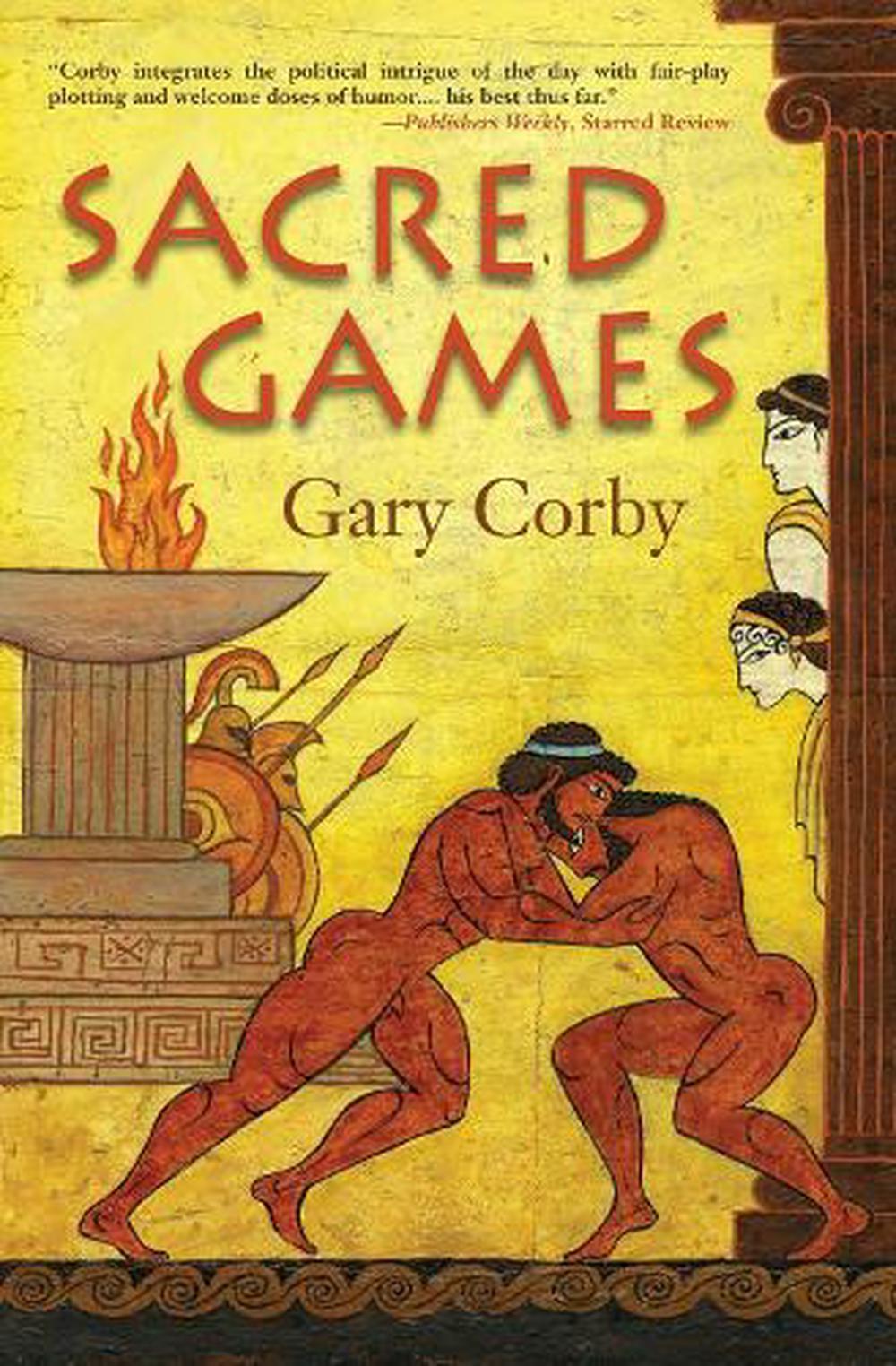 It is the Olympics of 460 BC. Nico's best friend, Timodemus, is a competitor in the pakration, the deadly martial art of ancient Greece. Timo is a hot favourite to win; his only serious rival is Parmonos from Sparta. When Parmonos is found dead, it is obvious that Timodeus must be the killer - who else could have killed the second best fighter in all Hellas? The Judges of the Games sentence Timodemus to be executed as soon as the Sacred Games are finished. Now, Nico and his partner-in- sleuthing, the annoying clever priestess Diotima, have four days to save their friend.

Gary Corby lives in Sydney, Australia, with his wife and two daughters. He blogs at A Dead Man Fell from the Sky, on all things ancient, Athenian, and mysterious.

Praise for Sacred Games "Like its two predecessors, Sacred Games has an extremely well-orchestrated climax and a key revelation you'll happily kick yourself for not having spotted earlier. And like all the best murder mysteries, these books don't depend on revelation: they're a joy to re-read." --Open Letters Monthly

"A well-paced story that kept me turning the pages. It is extremely well-researched and taught me a lot about Greek culture and the Olympic Games. Read it for the history and the story." --Historical Novel Society

"Dive into this book. Immerse yourself in the entire experience." --Kittling Books

"Corby has not only made Greek history accessible--he's made it first-rate entertainment." --Kelli Stanley, award-winning author of Nox Dormienda and City of Dragons

"Those who like their historicals with a touch of humor will welcome Australian author Corby's promising debut... Corby displays a real gift for pacing and plotting." --Publishers Weekly, STARRED Review

"Mix one part ancient history, one part clever and contemporary banter, and one part action, and you have a top-notch crime caper.... Highly recommended for those looking for humor with their crime detecting." --Library Journal

"Filled with detail, atmosphere and history, but also humor. The characters feel like real people.... Complete with maps, a list of characters both real and made up and an afterword with historical information, this is a fun and funny as well as accurate historical." --Romantic Times

"A riotous romp through ancient Greece. Lovers of history, especially of the ancient world, will definitely want to read this mystery." --Gumshoe Review

"An entertaining read.... One does not need knowledge of classical history to enjoy this mystery, because details of culture, politics, and history as so deftly woven into the threads of the story that life in ancient Athens comes vividly alive." --Historical Novel Review

Soho rereleased the two previous titles in the series, The Ionia Sanction and The Pericles Commission, in March 2013. The Pericles series has been praised for its realistic historical settings, engaging characters and plots. Gary Corby is great at engaging with fans and keeps a popular blog called A Dead Man Fell from the Sky.